News Staff
President Biden is touting his strong economic performance but the public disagrees; his approval rating is in the 30th percentile because an expanding economy as framed by politicians still means high inflation to people paying taxes. The psychological impacts of bad economic performance are evident also; when times are good, spending makes people happy. When times are bad, spending is stressful. Customers even leave worse reviews, according to a new paper.

In the work, over 40 studies measured people’s perceptions about their financial situations and recent purchases. Whether they bought a material object or an experience, and whether they paid $100 or $1,000, the results were consistent: people who felt financial pressure experienced less “purchase happiness.”

Feeling financially constrained refers to a person’s perceptions about their financial situation and affects people of all socioeconomic circumstances, the authors said. 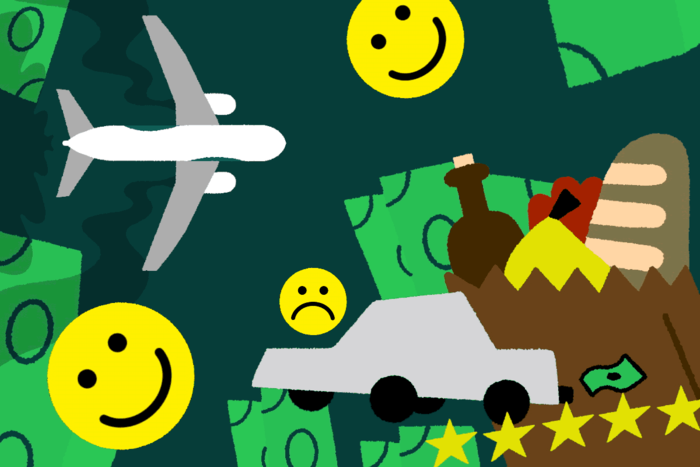 With gas at record highs and government unwilling to lower the taxes that increase as the base cost goes up, landlords forbidden from evicting tenants, making only the most credit-worthy able to rent homes, and products from milk to toothpaste less available because policymakers demand $15 an hour wages while capping end prices, financial insecurity is high. That is felt across the financial ecosystem and in defiance of government claims that unemployment is low so things are good. For example, in one study, the researchers analyzed online reviews from the website Yelp for the 15 largest restaurant chains across the U.S., examining data for more than 850 eateries in 15 big cities. Next, they used U.S. survey data to identify zip codes in which people reported financial stress. They found that people who visited restaurants in zip codes where residents felt more financial stress also wrote worse reviews, said Dias, lead author of the research.

In other experiments, the authors tested whether they could induce feelings of financial constraint by asking people to reflect on the financial stressors in their life. Indeed, people could be prompted to feel more constrained, and as a result, those people were less happy with their purchases and wrote less positive reviews.

Rising costs due to runaway inflation suggests consumers may face even more financial stress in the coming months. This added financial pressure could compel more “compensatory consumption,” or the act of buying things not solely for their function or purpose, but because the buyer believes the item will compensate for a deficit in another area of their life. People who are financially constrained are more likely to buy things to improve their happiness, but what happens is precisely the opposite.

However, financially constrained consumers could get more happiness from their purchases: by planning.