Some experts expect Earth to pass the threshold of 1 trillion internet-connected sensors within five years, so there is growing pressure to improve the security of IoT devices.  While you may not think encrypting lightbulbs is important, unsecured IoT devices are what three young computer hackers hijacked by the hundreds of thousands to mount the October 2016 distributed denial-of-service attack that crippled the internet on the East Coast for most of a day.

The Rice physically unclonable function (PUF) technology uses a microchip’s physical imperfections to produce unique security keys that can be used to authenticate devices linked to the Internet of Things. It generates two unique fingerprints for each PUF.

In the first mode, it creates one fingerprint, and in the other mode it gives a second fingerprint. Each one is a unique identifier, and dual keys are much better for reliability. On the off chance the device fails in the first mode, it can use the second key. The probability that it will fail in both modes is extremely small. As a means of authentication, PUF fingerprints have several of the same advantages as human fingerprints. This “zero-overhead” method uses the same PUF components to make both keys and does not require extra area and latency because of an innovative design feature that also allows their PUF to be about 15 times more energy efficient than previously published versions. 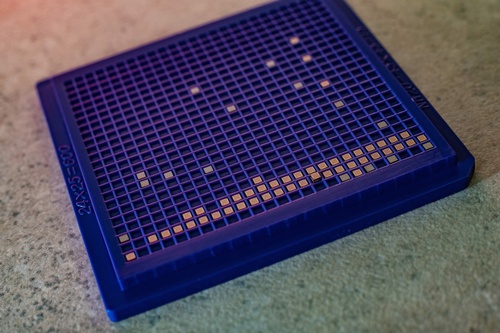 That will be good news for your “smart home” thermostat and your energy bill.