News Staff
In Washington state, once retail sales were legalized, marijuana use by 8th and 10th graders actually declined.

An obvious argument is that by legalizing it, the black market began to evaporate, and ethical vendors with legal businesses to lose are less likely to give it to children. Smoking is a "pediatric" disease because if people don't take it up early, they likely never will. But when criminals are the source of something, it becomes cool to rebellious teens, and consorting with criminals adds another layer of risk.

The survey analysis in the Journal of Adolescent Health is maddening in the way most survey results are, and even more when it comes to teens. It's maddening because it found that usage in high school seniors who work 11 or more hours per week went up. Which has no sociological reason to be the case. 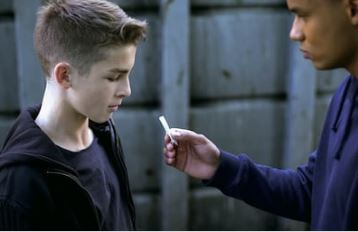 Data from the state’s biennial Healthy Youth Survey from 2010 and 2016 are the first to be valuable for this kind of analysis because Washington was one of the first states to approve legalization of marijuana for retail sale and recreational stores opened in mid‑2014. And students at any who worked 11 or more hours per week reported using marijuana more often than their non‑working peers, including seniors in high school

The authors say that kids who work more often use more substances because they come into contact with adults who aren’t their coaches, teachers and parents, and they are often exposed to adult substance use.  If they are offered something and want to fit in, they are more likely to accept it.