News Staff
If revenue numbers are true, gun manufacturers don't like when Democrats are in the White House. During the Clinton and Obama administrations gun sales did quite well, because Democrats are perceived by Republicans as more inclined to ban things and people who may not have been motivated to buy guns did, because they worried about bans.

Yet it may not be Democrats causing an uptick in purchases, it could be media making the public think mass shootings will cause Democrats to ban them.

A new paper says they are first to quantify the influence of news media stories on firearm prevalence. Not just statistical correlation or suspect epidemiology, they claim it's a causal relationship. There is data. When there is a mass shooting, there is generally an increase in gun purchases, the same way a burglary in a neighborhood causes an uptick in burglar alarms. And the authors focus on three variables: mass shooting events, media coverage of gun control policy and regulations, and firearm acquisition. 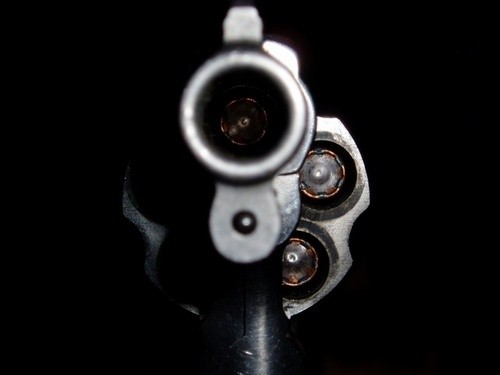 The work used the mathematical construct known as entropy transfer, which can establish causal links between multiple variables by examining the degree to which one variable influences another. In these analyses, influence is defined as an improved ability to make predictions about the future status of a variable (e.g. background checks) based on present knowledge of another variable (media stories about gun control policy).

The team analyzed 69 mass shootings in the United States between January 1999 and December 2017. The number of firearm background checks per month were a proxy measure for gun purchases, since criminals can't be counted anyway. They matched those with news coverage of firearm control policies that appeared in The New York Times and The Washington Post during that same period -- more than 9,700 documents.

They found that the cultural scenario with guns is much the same as abortion; when they are harder to get, fewer people do it in that state. So states with greater restrictions on gun ownership had fewer purchases than states with less.

There were no significant links between other variables, like media coverage of unemployment, which has also been linked to higher rates of violent crime and could prompt heightened interest in acquiring firearms for self-defense. None was found.

The authors acknowledge the limitations, such as the the small number of media outlets analyzed. The study also did not account for the number of people killed per mass shooting or the circumstances under which the event took place, both of which influence media coverage. Less of a confounder, though still deserving mention, is that background checks may not be a truly accurate direct measure of gun purchases, but while some may obtain guns illegally or from a family member, no one is getting a background check unless a gun is actually purchased so it is the best proxy available.
News Articles
More Articles All Articles
About