News Staff
Only a few species, less than 0.1 percent, of parasitoid wasps enter water at all but now one in the family Braconidae, subfamily Microgastrinae, has been found to not only enter water but actually dive in order to attack and pull out caterpillar hosts, so that it can lay its eggs inside them before releasing them back in the water.

During research work in Japan, Dr. Jose Fernandez-Triana of the Canadian National Collection of Insects and colleagues found and filmed the first microgastrine parasitoid wasp to do so.

The wasp was given the name Microgaster godzilla, because it is a Japanese species and its emergence out of the water reminded the scientists of the iconic fictional monster Godzilla. The irony that Godzilla sometimes fought Mothra, a giant moth that was once a caterpillar, was noted by the authors as well.

In the video, the female wasp can be seen walking over floating plants as it searches for hosts, specifically larvae of the moth species Elophila turbata, which constructs a portable case from fragments of aquatic plants and lives inside it near the water surface. Once the wasp finds one of those cases, it first probes it repeatedly with its antennae, while moving around. Eventually, it forces the larvae to come out of the case and parasitizes it by quickly inserting its ovipositor. 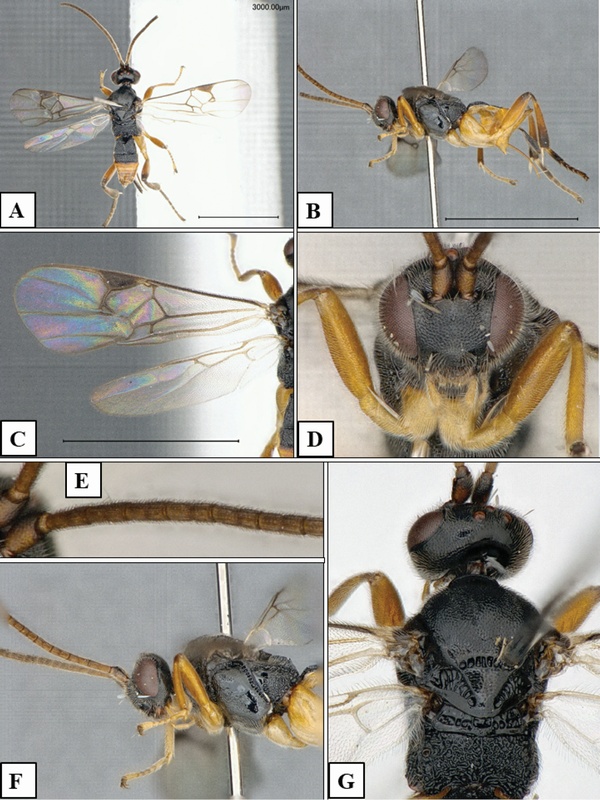 In some cases, the wasp has to submerge completely underwater for several seconds, in order to find and pull the caterpillar out of its case. To do this, the species has evolved enlarged and strongly curved tarsal claws, which are thought to be used to grip the substrate as it enters the water and looks for hosts.