DNA methylation is a molecular process that helps enable our bodies to repair themselves, fight infection, and get rid of environmental toxins, but new research has shown one way it can go awry: Obesity.

Scholars identified how DNA methylation is associated with a condition known as non-alcoholic fatty liver disease (NAFLD), which can lead to liver cirrhosis and death.
Their evidence is that DNA methylation has a role in the initiation of NAFLD-related fibrosis,

Obesity and insulin resistance are associated with fat accumulation in the liver, and obesity is a significant risk factor for NAFLD. The researchers analyzed the biopsied liver tissues of 14 obese patients with advanced fibrosis or cirrhosis of the liver, and 15 obese patients with normal livers.
They found statistically significant evidence for differential DNA methylation between fibrotic and normal tissue samples from obese individuals. 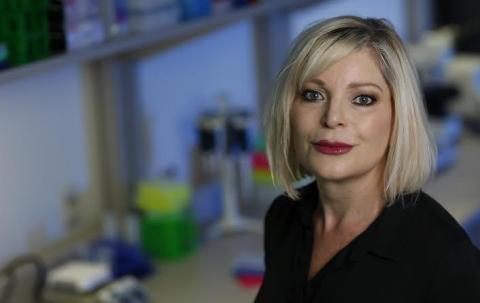 The study zeroed in on four genes -- AQP1, FGFR2, RBP5 and MGMT -- that not only were methylated in this study, but also in three previous studies that were similar, but not specifically focused on advanced fibrosis in obese NAFLD patients.

Future studies will be needed to determine the extent to which DNA methylation patterns in the liver are represented in other metabolically relevant tissues. Such findings would be critical for the development of non-invasive biomarkers in the creation of an early-warning system for NAFLD, the study concludes.