News Staff
When we think of marsupials (carrying young in a pouch) they are small and cute (opossum, wombat) to a little more menacing (kangaroos in boxing gloves) but nothing like Palorchestid marsupials, an extinct group of Australian megafauna, who were large, had strange tapir-like skulls, and large claws.

Over the course of their evolution, palorchestids grew even larger and stranger. Using limb proportions as a proxy for body size, these authors estimated that the latest and largest of the palorchestids weighed over 2,000 lbs. Furthermore, their forelimbs were extremely muscular and were likely adapted for grabbing or scraping at leaves and branches.

Uniquely among known mammals, the elbow joints of the largest palorchestids appear to have been immobile and fixed at roughly a 100-degree angle, so that the arms served as permanently flexed food-gathering tools. 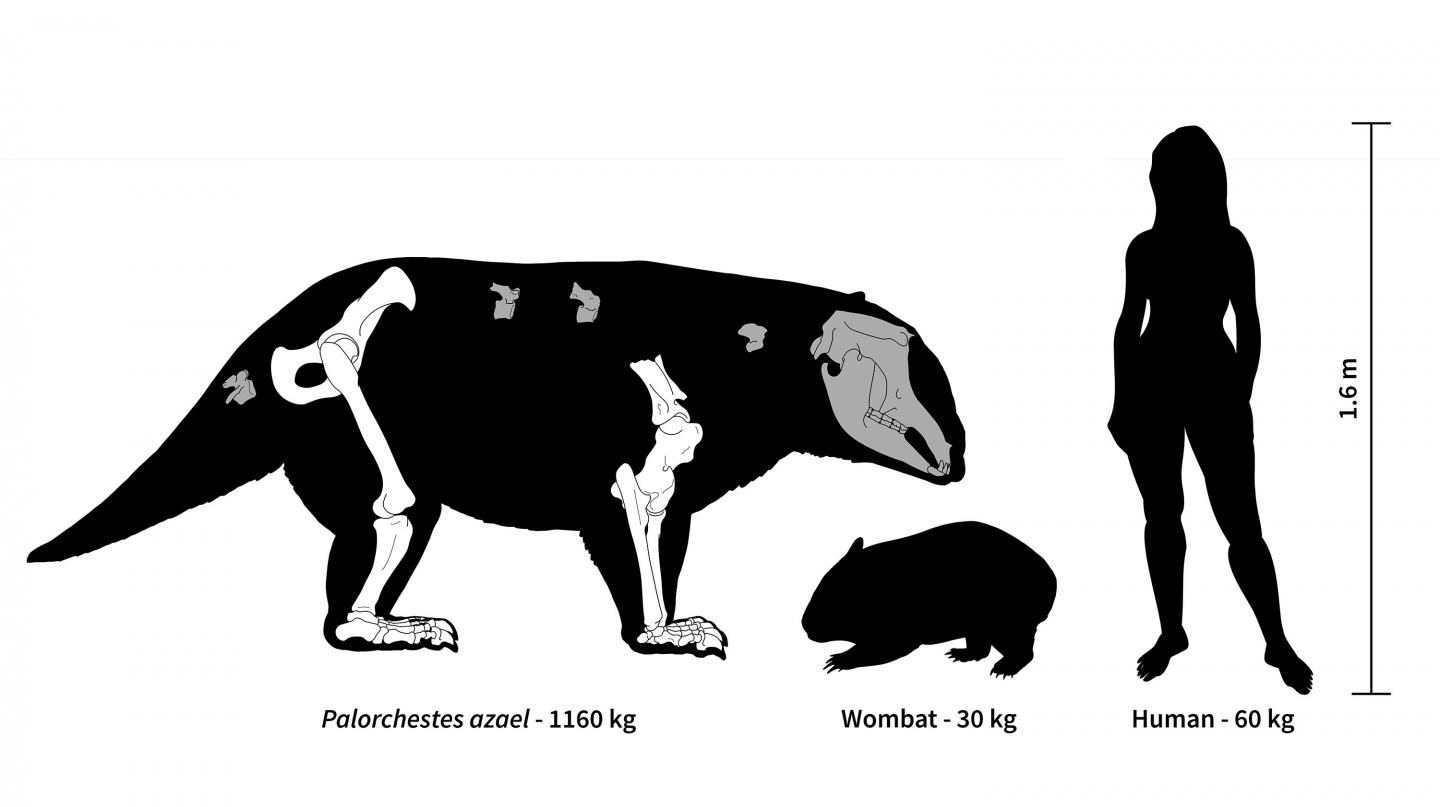 This study provides the first formal description of limb morphology in palorchestid marsupials and reveals a group of giant herbivores that probably filled a niche no longer occupied in modern Australian ecosystems. Fossil remains are still missing for certain parts of the palorchestid body, such as the shoulders and wrists, but the authors are hopeful that more material may be found in existing museum collections.

The authors note, "This study has allowed us for the first time to appreciate just how huge these mega-marsupial palorchestids were, while also providing the first comprehensive view of a strange limb anatomy unprecedented in the mammalian world. This research reveals yet more about the diversity of unique large marsupials that once roamed Australia not so long ago."
News Articles
More Articles All Articles
About