News Staff
In 2019, Christiansburg, Virginia's 22,000 residents became the first place in the U.S. to have a residential drone delivery service.

Yellow-winged drones with small cardboard boxes owned by Wing, a company owned by Alphabet (basically, Google) are now one of numerous trial services operating today. But regulations for giant planes full of fuel are not ready for delivery of the future, and the only way to make government get ready is public interest. Without proactive guidelines, the public will be stuck with activists doing to drones what they did to agriculture and cell phones.

The good news for drones; surveys show people love them. They like watching them pick up cargo, they like seeing them zip around, and they like the delivery. In a recent Christiansburg survey, 87 percent of people were positive. That's a fantastic result, far more than even want to take a COVID-19 vaccine. 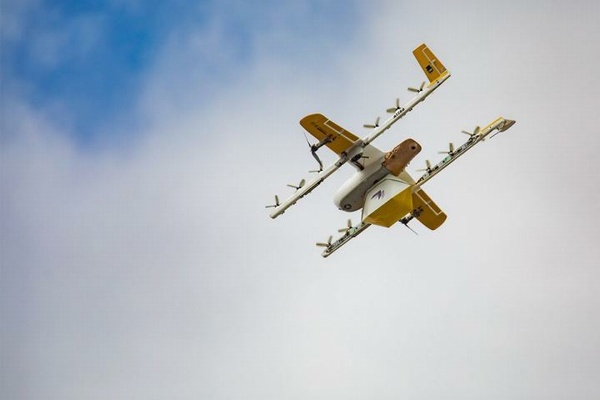 The survey was developed and conducted by Virginia Tech and, since it involved people who actually had drone service instead of people speculating about The Terminator without ever getting a package, the response was more positive; much higher than the 50 percent other surveys found.

How could the difference be so drastic? The moment a company seeks to create progress with new technology, a lawyer and a special interest group are looking for a way to sue over it. So other surveys were not neutral, they framed their questions in terms of risk. Respondents were asked to rate their level of concern about potential problems chosen by the creators of the surveys.

It is Psychology 101 to that asking people how worried they are about X will make them wonder about X when they never had before.  No one was concerned about GMO insulin and people in Hawaii were thrilled about having their papaya industry saved before activists from the mainland began asking if they were worried about the doom it brought.

This was more neutral because it asked respondents about standard demographic factors and their typical response to new technologies. It asked about how familiar they were with drone delivery, how they'd found out about it, and what their general attitude toward it was. Instead of asking about specific risks and benefits, the researchers asked open-ended questions about what the respondents saw as positive and negative aspects of the technology.

Not only did 87 percent of respondents report positive sentiment about drone delivery, 89 percent indicated either that they were likely to use the service or already had, and 49 percent reported liking the idea of drones used for package delivery more than drones used for other purposes.

The survey also asked respondents if their opinion had changed since the pandemic. When COVID-19 hit Virginia in March, the number of people signing up for Wing's service and ordering drone deliveries spiked. Wing partnered with additional local businesses and worked with a school librarian to deliver books. The survey results suggested that these contributions had helped. The pandemic popped up frequently in the open-ended question about positive aspects of the technology. Fifty-eight percent of Christiansburg survey respondents said that their opinion of drone delivery had improved -- a much bigger boost than was measured in a 2020 survey from the Consumer Technology Association that polled a general population sample.

Here again, Christiansburg residents' experience with drone delivery may have contributed to the jump -- seeing a favorite coffee shop find a new way to reach customers without in-person shopping or a neighbor's child receiving a delivery of sidewalk chalk and crackers, may resonate more than an abstract appreciation for contact-free delivery.

The Virginia Tech Mid-Atlantic Aviation Partnership (MAAP), a federally designated drone test site, worked with Wing to launch the drone delivery program under the federal UAS Integration Pilot Program, a drone-integration initiative that brought together state agencies, local governments, and companies to advance the rollout of drone applications that could have significant benefits for communities (the trial is continuing under the IPP successor program BEYOND). MAAP and Wing conducted months of community outreach before the service launched, talking to thousands of Christiansburg residents about what the service would look like.

A community-oriented approach to drone integration is important so they can avoid the pitfalls that face food, chemicals, and vaccines, where companies produce something and tell people the science is clear and activists easily undermine them as shills.

Speculation about technology is useless, as surveys about 5G have proved, but just like leading questions create insecurity, exposure and awareness bring comfort. The public don't need Natural Resources Defense Council doing to drone delivery what they do to everything else.
News Articles
More Articles All Articles
About