News Staff
Biologists have mapped the genome of phylloxera, an aphid-like pest capable of decimating vineyards. In so doing, they have identified nearly 3,000 genes enabling the insect to colonize and feed on grape vines by creating what are essentially nutritionally enhanced tumors.

The tumor-like structures, known as galls, disrupt the vine's ability to move nutrients and feed itself. They also create wounds in roots that make grapevines more susceptible to fungi and other pathogens, ultimately killing the vines. But they have co-evolved all this time because when they feed on plants and start creating gall structures, they change the cells in the leaf surface. Protective cells on the leaves become tiny pores called stomata, which allow movement of gases in and out of the cells.

Basically, tomata can create carbon gains for plants that can offset how much the insects are taking from it. 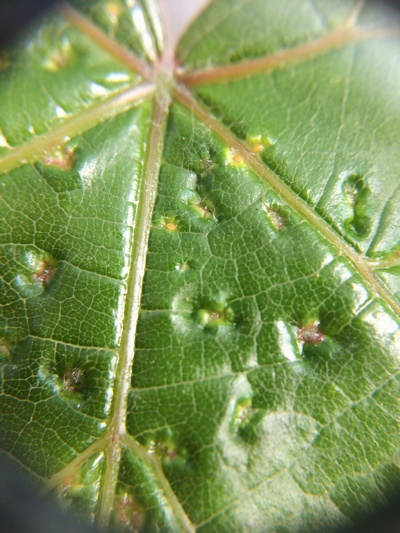 When phylloxera was accidentally introduced to Europe in the 1860s, it caused vines to weaken and die - and it nearly killed French viticulture. Americans saved the day. Native North American grapevines co-evolved with phylloxera and are resistant to it so even today it is common to graft North American roots onto their European grapevines to give them tolerance to this insect.

Now that the genes involved in the attack on non-native grapes have been identified, and how phylloxera secrete molecules that can change the immune system of grapevines, it is possible to engineer phylloxera-resistant grapevines rather than relying on 19th century methods.

That will reduce risk for growers and costs for consumers. Organic industry activists protest science, but progress marches on. 160 years of this plague is enough.
News Articles
More Articles All Articles
About