News Staff
Blocking a key regulator of the immune system helps unleash the body's natural defenses against several forms of cancer, a discovery which opened up a new era of cancer immunotherapy.

Now researchers have flipped this script and found that, when impaired, a molecularly similar regulator can cause the damaging immune system attacks on skin and organs that are the hallmark of the autoimmune disease lupus. Though still just in the exploratory stage, mice are not little people so this does not translate to humans, the work suggests a way to restore function of this inhibitor which could one day provide new therapy to treat the disease.

The immune system has a series of regulators designed to prevent it from attacking tissues in its host, a system that goes awry in autoimmune diseases. Mice lacking an immune system inhibitor called programmed death-1 homolog, or PD-1H, spontaneously developed symptoms that resemble two forms of lupus -- systemic, in which the immune system attacks multiple organs; and cutaneous, which is marked by pronounced skin deformities. 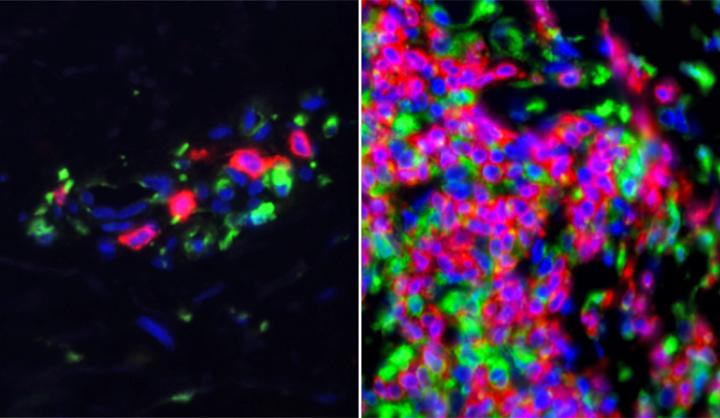 "This molecule is clearly involved in inhibiting lupus, but it seems to be selective because it does not have the same effect in several other autoimmune diseases," said senior author and Yale professor Lieping Chen.

PD-1H is molecularly similar to the more commonly known PD-1 molecule, which also helps suppress immune system response. Inhibitors to PD-1 free T cells to attack several forms of cancer but that also has not worked in people yet.

These findings may suggest that in people with lupus the function of PD-1H is critical. When it is impaired, they are vulnerable to the immune system attacks on skin and multiple organs that are the hallmark of the disease. Since lupus patients currently have limited options for treatment, if the work holds up it might suggest protein fusion could mimic PD-1H and help control the immune system and combat the disease.
News Articles
More Articles All Articles
About