Spooky Music Action At A Distance: A Human Musician Communicates Directly With A Quantum Computer
By News Staff | July 2nd 2020 10:02 AM | Print | E-mail

News Staff
A high-tech jamming session, through which a blend of live human and computer-generated sounds came together to create a unique performance piece, has been created thanks to "spooky action at a distance."

Quantum teleportation is the ability to instantaneously transmit quantum information over vast distances, with scientists having previously used it to send information from Earth to an orbiting satellite over 870 miles away. In a recent study, Dr. Alexis Kirke at the University of Plymouth describes how he used a system called MIq (Multi-Agent Interactive qgMuse), where an IBM quantum computer executes a methodology called Grover's Algorithm, to create dynamic solving of musical logical rules which, for example, could prevent dissonance or keep to ¾ instead of common time.

Discovered by Lov Grover at Bell Labs in 1996, Grover's Algorithm  was the second main quantum algorithm after Shor's algorithm and gave a huge advantage over traditional computing. It is significantly faster than any classical computer algorithm, and Dr Kirke said that speed was essential because there is actually no way to transmit quantum information other than through teleportation. The result was qHMAS, a Quantum Hybrid Multi-agent System architecture. 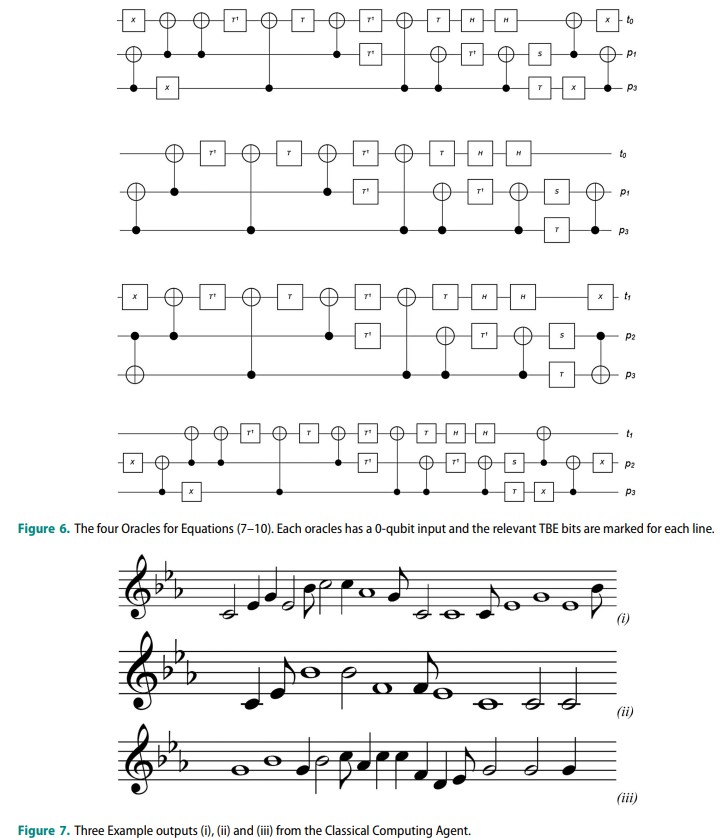 The result was that when played the theme from "Game of Thrones" on the piano, the computer - a 14-qubit machine housed at IBM in Melbourne - rapidly generated accompanying music that was transmitted back in response.

"At the moment there are limits to how complex a real-time computer jamming system can be," notes Kirke. "The number of musical rules that a human improviser knows intuitively would simply take a computer too long to solve to real-time music. Shortcuts have been invented to speed up this process in rule-based AI music, but using the quantum computer speed-up has not be tried before. So while teleportation cannot move information faster than the speed of light, if remote collaborators want to connect up their quantum computers - which they are using to increase the speed of their musical AIs - it is 100% necessary. Quantum information simply cannot be transmitted using normal digital transmission systems."
News Articles
More Articles All Articles
About