Though Deaths Remain Infrequent, There Are Racial/Ethnic Disparities In Pregnancy-Related Mortality
By News Staff | September 5th 2019 10:14 AM | Print | E-mail

The sample is small, only about 700 women die of pregnancy or its complications each year, and that is out of 6,000,000 pregnancies, so it is hard to draw conclusions but data from CDC’s Pregnancy Mortality Surveillance System (PMSS) for 2007–2016 find that black and American Indian/Alaska Native women had significantly more pregnancy-related deaths per 100,000 births than did white, Hispanic, and Asian/Pacific Islander women.

Disparities persisted over time and across age groups and were present even in states with the lowest pregnancy-related mortality ratios and among groups with higher levels of education. The cause-specific proportion of pregnancy-related deaths varied by race/ethnicity. 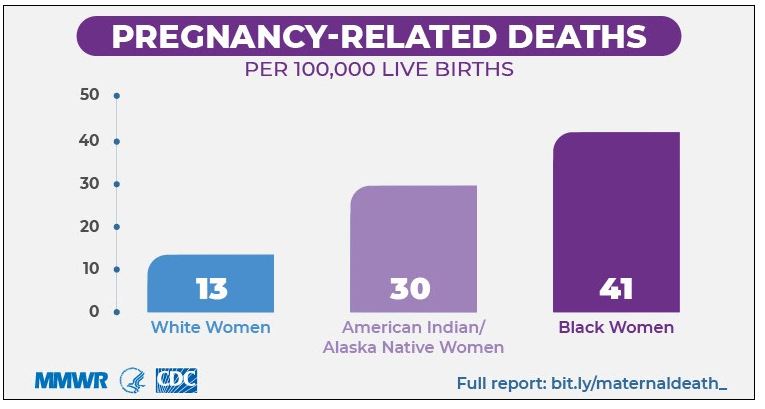 The PRMR among black women with a completed college education or higher was 1.6 times that of white women with less than a high school diploma. Among women with a college education or higher, the PRMR for black women was 5.2 times that of their white counterparts. The black:white disparity ratio in the PRMR for the states in the lowest, middle, and highest tertiles was 3.0, 3.3, and 2.8, respectively.
News Articles
More Articles All Articles
About