News Staff
Though the $35 billion supplement industry claims to be superior to vaccines and other medicine, the unknown constituents of shady health products could be causing cognitive defects, finds a new study.

Turmeric, a commonly used spice sometimes even injected by Americans who don't understand medicine, is sometimes adulterated with a lead-laced chemical compound in Bangladesh, one of the world's predominant turmeric-growing regions.

Long banned from food products, lead is a potent neurotoxin considered to have no known safe level - which does not mean that any trace of it in parts per billion will cause brain damage, despite what American environmental trial lawyers try to claim, rather that there is no clear No Affect Level that applies to all people. Though it is found naturally in water, there is no reason for it to be in food, but an analysis published recently stated that turmeric is likely the primary contributor to elevated blood lead levels among Bangladeshis surveyed - and if it also has lead, that makes it even less useful as an alternative to real medicine and even more dangerous. 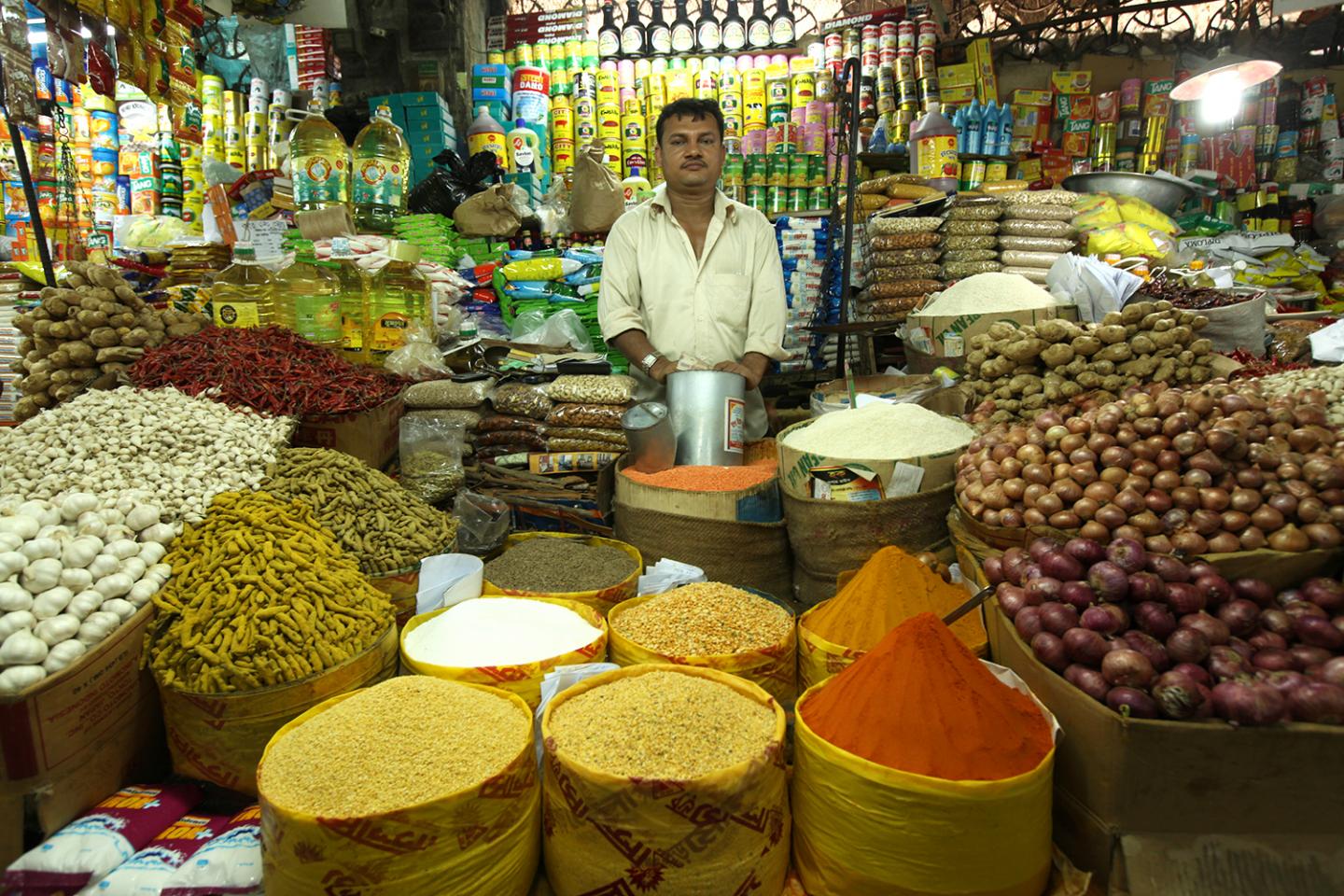 If you're lucky, turmeric is just supplement nonsense embraced by uninformed people. If you are not, it is poison. Image: powdered and whole spices, including turmeric in the Karwan Bazar of Dhaka, Bangladesh. Credit: Abir Abdullah/Asian Development Bank

The first study, in Environmental Research, involved a range of analyses, including interviews with farmers and spice processors in several Bangladesh's districts, which together produce nearly half of the nation's turmeric.  In the 1980s, a flood left turmeric crops wet and dull in color, but customers want color so they added lead chromate - an industrial yellow pigment commonly used to color toys and furniture - to their product.

And then never stopped, because customers, especially westerners, love the visualization.

In higher quantities, but again there is no known safe level, lead increases the risk of heart and brain disease in adults and interferes with children's brain development. About 90 percent of children with elevated blood lead levels live in lower-income countries.

The other study, in Environmental Science&Technology, looked at various potential sources of blood lead level contamination in Bangladeshis. Lead comes in various forms, called isotopes, and the ratios of those isotopes vary by the lead's origin. The researchers were able to fingerprint lead chromate-adulterated turmeric as the most likely culprit by matching it to lead isotopes in people's blood. The research is the first to directly link lead in turmeric to lead levels in blood.

The researchers did not find direct evidence of contaminated turmeric beyond Bangladesh, and they point out that food safety checks by importing countries have incentivized large-scale Bangladesh spice processors to limit the amount of lead added to turmeric destined for export. However, the researchers caution, "the current system of periodic food safety checks may catch only a fraction of the adulterated turmeric being traded worldwide." In fact, since 2011, more than 15 brands of turmeric - distributed to countries including the U.S. - have been recalled due to excessive levels of lead.

While these recalls and previous studies found the presence of lead in turmeric, none clearly identified the source (some suggested it might be linked to soil contamination), proved the link to blood lead levels or revealed the problem's pervasiveness and incentives perpetuating it.
News Articles
More Articles All Articles
About