News Staff
It's quite common for the circle of life to have animals eating plants in order to become bigger food for other animals and then animals die and become food for organisms in the soil but nature has flipped the script again.

In what is believed to be a first for North America, biologists at the University of Guelph have discovered that meat-eating pitcher plants in Ontario's Algonquin Park wetlands consume not just bugs but also young salamanders. They are cleverly calling it "the little bog of horrors", a play on the movie "Little Shop of Horrors" from the 1960s which then became, of all things, a science-fiction musical, which was then made into a movie of the musical in the 1980s, clearly demonstrating its own circle of life.

Pitcher plants growing in wetlands across Canada have long been known to eat insects and spiders that fall into their bell-shaped leaves and decompose in rainwater collected there, but not meat. The plants have been observed in the popular destination, Canada's oldest provincial park, for hundreds of years but no one had reported them eating salamanders. 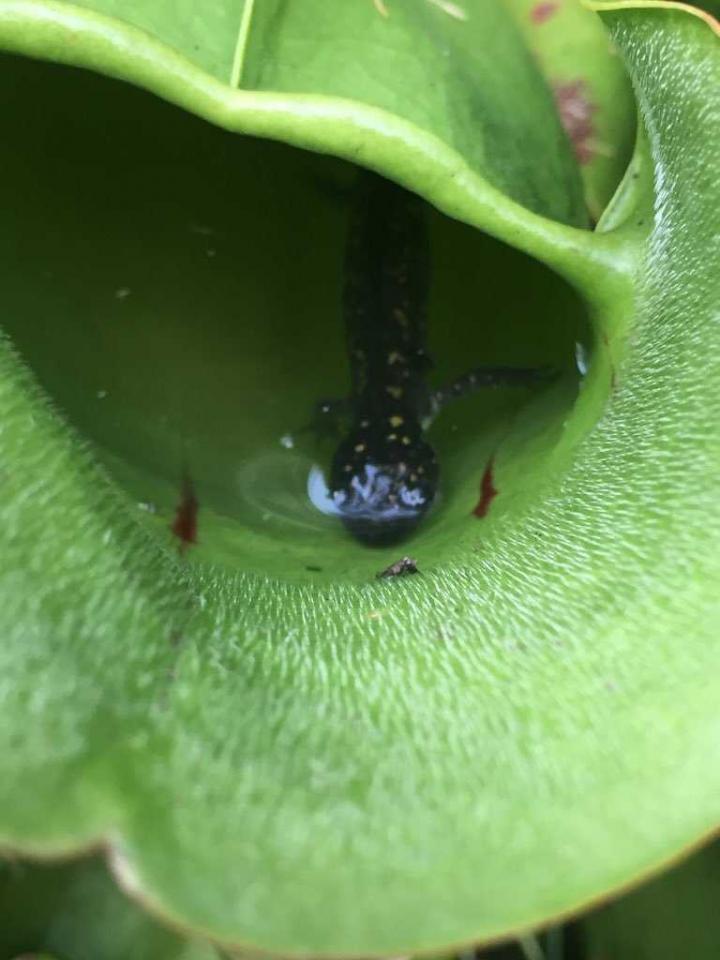 It began in summer 2017 when University of Guelph undergraduate student Teskey Baldwin (and now co-author) found a salamander trapped inside a pitcher plant during a field ecology course in the park. In 2018, monitoring pitcher plants around a single pond in the park found almost one in five contained the juvenile amphibians, each about as long as a human finger. Several plants contained more than one captured salamander.

Those observations coincided with "pulses" of young salamanders crawling onto land after changing from their larval state in the pond. Smith said these bog ponds lack fish, making salamanders a key predator and prey species in food webs. Why did they go in? Were they
attracted by insect prey or did they enter to escape predators? No way to know. Some trapped salamanders died within three days, while others lived for up to 19 days. 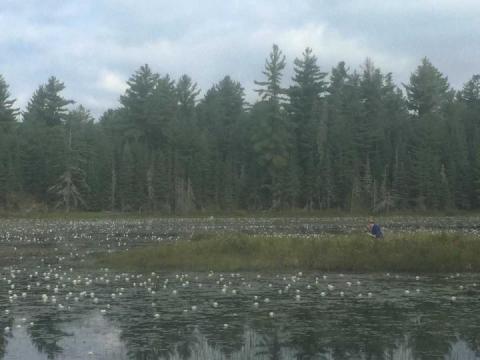 If you fall in these plants in this bog, you are not going to like what happens after 19 days. Credit: University of Guelph

What is known is that prey caught inside the plant's specialized leaves is broken down by plant digestive enzymes and other organisms in the water held inside the leaf. But why did this evolve? Other flesh-eating plants grow in nutrient-poor environments around the world, like sundews, which use their sticky leaves to catch insects, and the Venus flytrap, whose carnivory inspired the Seymour plant in the sci-fi musical. These pitcher plants may have become carnivorous to gain nutrients, especially nitrogen, that are lacking in nutrient-poor bog soil.
News Articles
More Articles All Articles
About