News Staff
A virtual reality system for men who committed a domestic violence crime allows them to 'get into the victim’s shoes' - not by beating them, that likely caused the cycle of violence, according to sociologists. Instead, the belief is that violent people have a lack of emotional recognition and that virtual experience improves the participant’s perception of emotions.

Sociologists contend that violence is related to a lack of empathy or the abuser’s difficulty to put him/herself on the victim’s shoes. Although there are surveys which contend that violent people have difficulties in identifying emotions like fear or rage, there are some discrepancies due the used methodology to determine empathy and ethical problems these studies present.

The VR system allows participants to experiment in person a virtual situation of violence from the victim’s perspective. Researchers analyzed the impact of this immersive virtual reality in the recognition of emotions in two kinds of people, abusers and control participants. Before and after of the virtual reality session, participants, twenty offenders and nineteen control people, took a test on emotional recognition to determine whether the experience would change their perception and empathy. 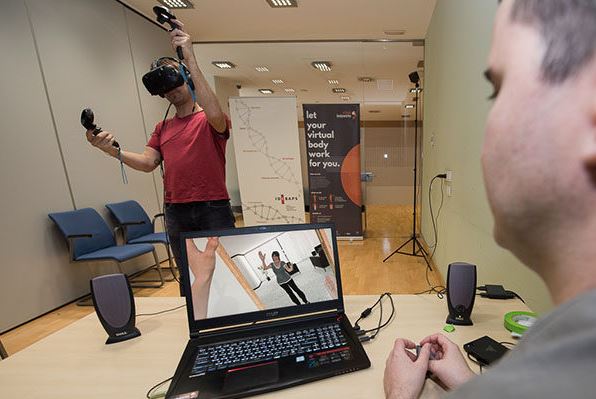 In the session, participants entered a virtual atmosphere in which their body was replaced by that of a virtual woman, and they underwent a process of assimilation and identification of their virtual self. Then they saw a virtual man who entered the scene and displayed a violent behavior, both in gestures and language, who took the victim’s personal space progressively. “The atmosphere is interactive, since the abuser looks at the participant’s face and shouts ‘shut up!’ when speaking, or ‘look at me!’ if looking elsewhere”, said Mel Slater, co-author of the study and director of the Experimental Virtual Environments for Neuroscience and Technology in the psychology department at the University of Barcelona.

The results show that offenders have a significant lower ability to recognize fear in a woman’s face compared to the control people.