News Staff
Let's be honest, most human dads do less work raising the kids than human moms. That's not true in all species, though. In a few, fathers care for their developing embryos more than mothers, and biologists speculated that this paternal devotion had evolved from ancestors entirely lacking parental care.

A new paper provides a new wrinkle. When fathers are more involved, parental care gets a lot more elaborate.

Glassfrog eggs, laid on leaves hanging over streams in tropical rainforests, are tasty snacks for snakes, insects, and other predators until they hatch and drop into the streams to begin life as tadpoles. It's been assumed that the eggs of most species were on their own during this vulnerable stage, without any help from mom or dad.

A new study of 40 species of glassfrogs found that is not so. In many species, glassfrog mothers brood their eggs during the night the eggs are fertilized, which certainly improves the survival of the eggs, but in almost a third of species, glassfrog fathers stay on guard for much longer periods.

In these frogs, maternal care helps little critters survive, but they do the bare minimum. Fathers not only took over the job, when mothers were already doing it, but they also greatly elaborated the amount of care. Even after eggs have started hatching, fathers keep caring.

There you are folks, the dad of the year award goes to frogs. 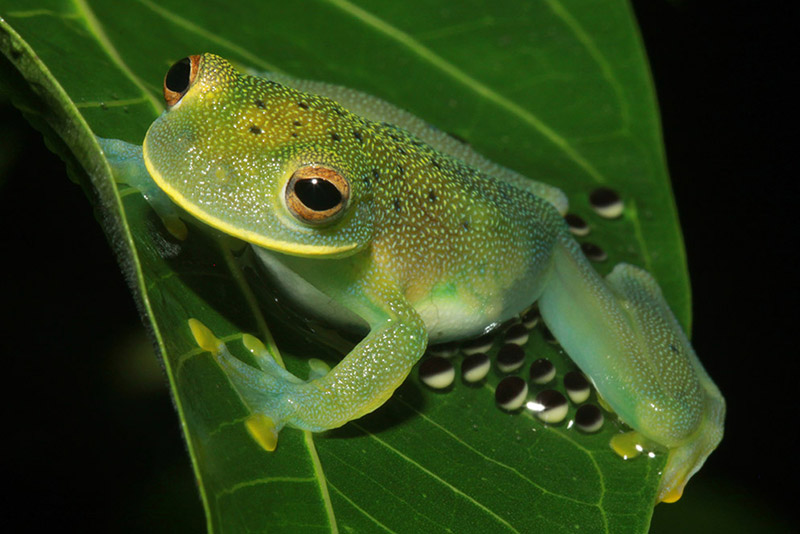