Some volcanoes in Iceland, Hawai'i and the Galápagos Islands consistently produce lava flows of molten basaltic rock which form long rivers of fire down their flanks. They are so slow, you can outwalk them, and therefore so predictable you can visit them but unless you build a house in front of one, they are safe.

Yet they share chemistry in common with Vesuvius or Mt. St. Helens, which means they are not as timid as we think. 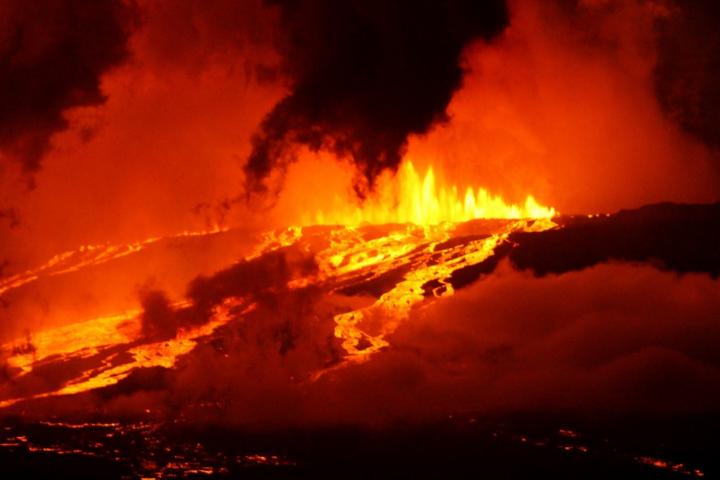 A new study used two such tame Galápagos volcanoes. They have only erupted compositionally uniform basaltic lava flows at the Earth's surface for their entire lifetimes. By deciphering the compositions of microscopic crystals in the lavas, the team was able to reconstruct the chemical and physical characteristics of magmas stored underground beneath the volcanoes.

The results of the study show that - in contrast with the monotonous basaltic lavas erupted at the Earth's surface - magmas beneath the volcanoes are extremely diverse and include compositions similar to those erupted at Mt. St. Helens.

The team believes that volcanoes consistently erupt compositionally uniform basaltic lavas when the amount of magma flushing through the ground beneath the edifice is high enough to "overprint" any chemical diversity. This can occur when volcanoes are located close to a "hot spot" - a plume of hot magma rising towards the surface from deep within the Earth.

However, the chemically diverse magmas which the team discovered could become mobile and ascend towards the surface under certain circumstances. In this case, volcanoes that have reliably produced basaltic lava eruptions for millennia might undergo unexpected changes to more explosive activity in the future.

No one is trying to argue that during COVID-19 we need to start dumping billions of dollars toward worrying about Yellowstone, that is doomday prepper stuff, but chemistry shows even quiet volcanoes can give a big shout.
News Articles
More Articles All Articles
About