Bente Lilja Bye
Astronomy and green space? Yes, indeed. As an astrophysicist I always find great pleasure in pointing out that the Earth is a planet, just like all the rest of the bunch orbiting our Sun and thus an astronomical object. The Earth is special though because we live on it. And we talk about a green planet referring to environmental issues on planet Earth. 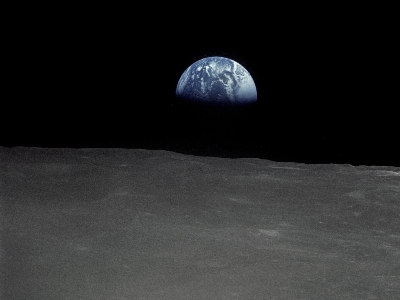 Credit: NASA
But green space, what the heck? I admit that I had trouble with the concept to begin with, especially if you talk about being green from space also. But then I was reminded of a frog - Kermit the Frog and his famous It's not easy being green and gradually it made sense to me. Now it makes perfect sense. So much so that I produce a segment of Astrocast.TV called A Green Space - A Green Earth. Earth observations from space supports both science and other Earth observation data leading to better decision making in an increasingly complex and environmentally stressed world. This information betters our understanding of Earth lending support for sustainable development. Thereof the name Green Space.

Astrocast.TV is a Web based video news program covering events in the science of astronomy and space related topics. Astrocast.TV the first of its kind newscast in a visually rich format is a Public and Educational outreach. Astrocast.TV is hosted by an impressive roster of individuals including NASA/Jet Propulsion Laboratory Solar System Ambassadors and is led by an experienced former CNN director Richard Mathews. I felt honored when asked and proud to join this team. I call it a show, because it really is a show of the latest within astronomy and space activities. The shows airs once a month.

I think this news format complement the format of blogs, like the ones here on Scientificblogging.com and wanted to share this option of a quick update on what happens within the field of astronomy and other space topics - even green space.
PlanetBye
More Articles All Articles
About