Bente Lilja Bye
The Chinese Spring Festival or Chun Jie starts tomorrow 10th February. In case you are unfamiliar with the annual animals in the Chinese calendar we are now entering the year of the snake - 蛇 She ( water version). For most westerners the Spring Festival is known as the Chinese New Year.

I am quite certain that I will not shock you when I reveal that I have chosen celestial snakes as the topic of this Saturday in Space! I had such fun looking for snakes in space and in the occasion of the Chinese New Year I will in fact offer you more than one of the species. After all, it is THE most important holiday for the planets most populous country. Happy New Year to all Chinese around the world!

Warning: Be aware of snakes!

I'll start with the dark nebula named The Snake Nebula - or B72. 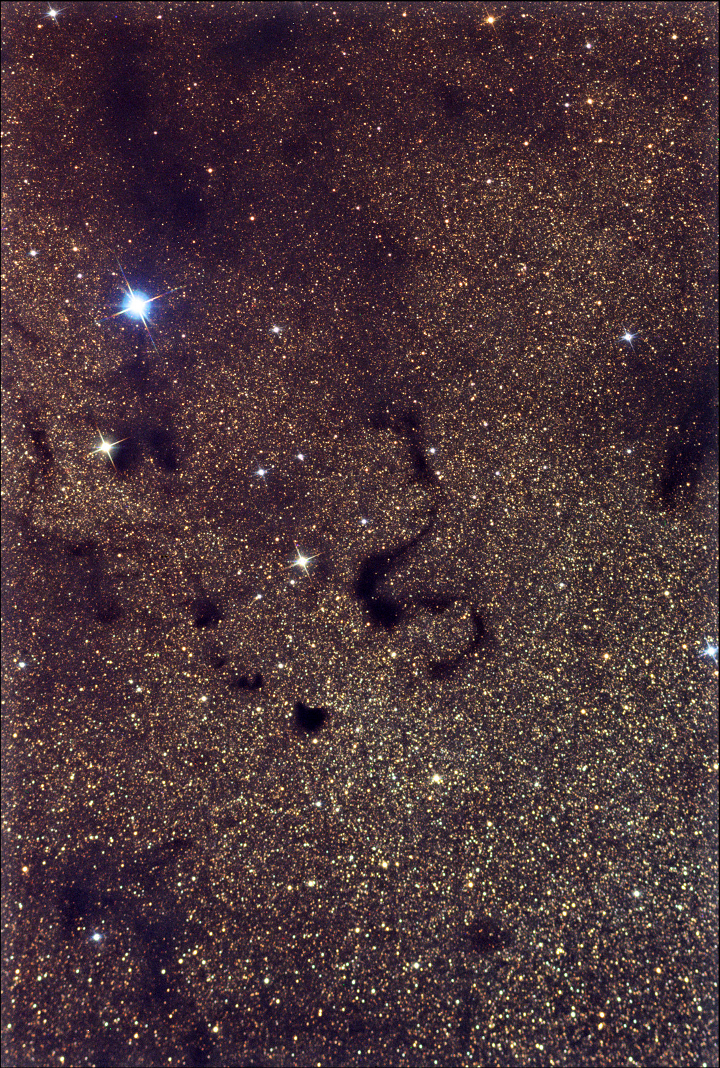 In this image you'll also find a couple of other dark nebulae but it should be pretty easy to spot the snake. Make sure to click on the image for an embiggened version. Cute little story about this particular snake here. Credit Tom McQuillan/Adam Block/NOAO/AURA/NSF 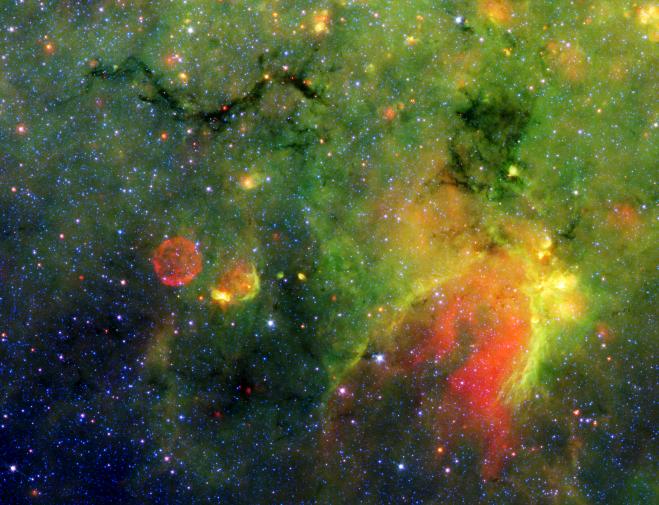 A galactic snake:  The core of a thick, sooty cloud large enough to swallow dozens of solar systems. It could be compared to  say a "snake's belly" only this celestial version may be harboring massive stars in the process of forming. This snake is located about 11,000 light-years away in the constellation Sagittarius. Credit: NASA/JPL-Caltech

In case you didn't see it in the image above, here there should be no doubt. It IS a snake.

But we do not have to travel that far to find a snakes in space. - Our dear Sun can whip up one of the species as well. Here is a filament version seen on the Sun's edge. 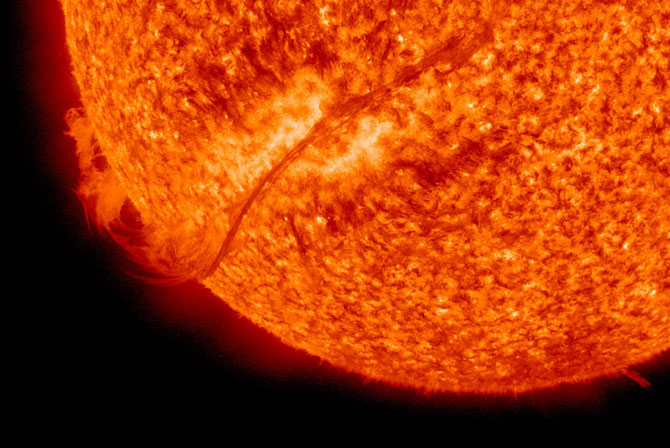 NASA has captured a snake moving on the Sun. See it for yourself here.  Credit: NASA