Vernians are the true believers who think Jules Verne's books are scientific manuals rather than fantastic stories. To my knowledge, there are few, if any, true Vernians around. Still, there are neo-Vernians today who see Verne's books are scientific manuals illustrating the theories of his day. Furthermore, a Vernian process shows how to evaluate science and project itinto the engineering future. Maybe the most forgotten and valuable part of Verne's science fiction was its use in education. He could be political and moral, too, warning of German aggression via technology—no surprise, the Nazis banned many of his novels in the 1930s.

Verne's novels were also motivational. A rebirth of Verne's approach may prove more beneficial to the nation. In From the Earth to the Moon, Verne noted that building the biggest, largest, fastest, best, and tallest was for Americans the "ne plus ultra of happiness on Earth.[1] We have lost that ne plus ultra that Verne so admired. Verne was far from being a mere children's author.

Unfortunately, Jules Verne's characterization as a children's author remains due to poor translations. Translators, editors, and publishers have notoriously stripped Verne's novels of scientific detail. Theodore Thomas made this brutal assessment: "there is not a single bit of valid speculation in it; none of its predictions has come true. The purported science in it [Twenty Thousand Leagues Under the Sea] is not semi-science or even pseudo-science.It is non-science."[2] Nothing could be further from the truth!

In his novels, Twenty Thousand Leagues Under the Sea, Mysterious Island, and Master of the World, Verne educates the reader on the science and history of batteries. Using this base, he projects the potential of various battery types and their application. But all is lost in translations. 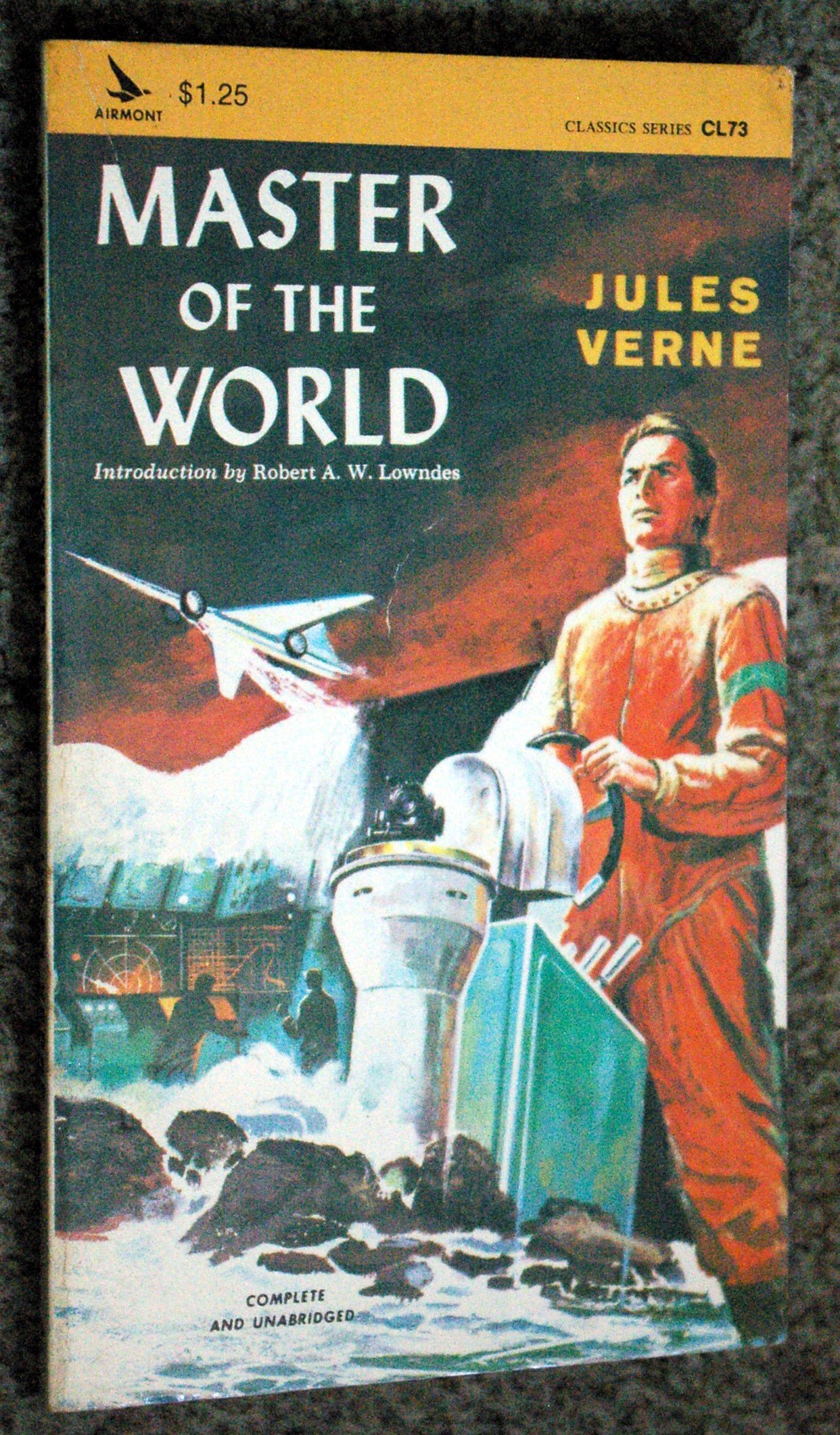 Mercier Lewis's translation of Twenty Thousand Leagues Under the Sea (1870) was particularly problematic. Mercier Lewis cut out Verne's detailed sodium discussion as a basis for a powerful battery.[3] Mercier Lewis's translation does a great disservice to Verne's science and futuristic engineering applications using that science. Lewis's translation leads many critics to site lack details or Verne's lack of scientific knowledge. Lewis cut out all the electrochemistry Verne used to predict a sodium battery. Jules Verne recognized the potential of sodium batteries in 1870 by powering the futuristic submarine of Captain Nemo in Twenty Thousand Leagues Under the Sea, who found their "electro-motor strength"to be twice that of zinc batteries. Verne correctly foresaw the power of sodium. Verne's prediction of a more economical sodium battery would give the Nautilus more power than zinc, at a third, of the zinc batteries' weight.

Verne's science was far from mere conjecture. Today sodium-ion batteries are at the cutting edge of research for powerful batteries to power electric vehicles. Today researchers credit Jules Verne for the inspiration for sodium ion batteries.[4]

In the 1870s, W. H. G. Kingston (really his wife) was the principal translator of many of Verne's major works. Kingston was a bonified children's writer. Kingston believed Verne's extensive scientific details would bore children. Kingston adjusted with heavy editing and rewriting, rendering Verne's novels into fantasies. However, Verne's endless discussions of current scientific theories were far beyond children's knowledge base, but Verne wanted to educate them.

Verne called Mysterious Island (1874) a "chemical romance." Mysterious Island was a romance with a college chemistry textbook detailing how to make gunpowder,soap, sulfuric acid, glass, iron, and steel. As a kid, I could discern how to make gunpowder for small rockets. Verne wrote to his editor Pierre-Jules Hetzel about spending a great deal of time with chemistry professors going over the details.[5]  The University of Paris was at the time the birthplace of electrochemistry and the world's leading authority. In Mysterious Island, Verne proposes a different battery that may augur the zinc-air battery many see as the ultimate electric car battery.[6]

Verne's Journey to the Center of the Earth is an example of an illustrative geology text of the 19th century. Through his characters, Professor Lindenbrook and nephew Axel, Verne outlines and debates competing geological theories in an illustrative text and story. These embedded technical discussions of competing theories follow classical Greek rules for philosophical rhetoric. Recently geological scientists reviewing new Verne translations noted: "Throughout Voyage au centre de la Terre [ Journey to the Center of the Earth], Verne's familiarity with the geoscientists of his day and their theories shines through impressively,thanks to his scrupulous research."[7] But Verne's real educational power is using the story and scenery to explain the theoretical debate. Verne offers science theories for the non-scientist.

Since the burst of technology in the 1960s, scientists, engineers, and astronauts have found the roots of innovation and inspiration in the novels of Jules Verne. Far more than a science fiction writer Verne is the perfect engineer taking science to its ultimate application. He took the infant science of electricity and rudimental principles to foresee the telegraph, telephones, radio, electric vehicles, urban lighting, and storage batteries. Without a firm footing in science, he could not have envisioned these futuristic inventions.Verne's science fiction is not that of H. G. Wells or most writers of today. Verne is a literary engineer and understands that romance is the basis of engineering.

The scientific and engineering romance genera is a better fit for Verne's literary genera. Verne had a love affair with science and kept updated on all advances in science. France saw Verne as advancing the nation by inspiring the country to compete with Britain and Germany.   There was a dreamer behind the dreamer in publisher Pierre-Jules Hetzel. Hetzel was France's 19th-century Walt Disney taking Verne's writings into a literary theme park. Hetzel dreamed of leading France to a scientific super-power via science-based romance for children and adults.

Hetzel was editor and publisher of Magasin d’éducation et de recreation (magazine of education and recreation). Hetzel wanted to create a publication that would combine historical, folklore, and scientific information with entertainment. Hetzel's magazine was like nothing else in France. Unlike other magazines of the time, he used thick and glossy quality paper. He featured pictures to support the articles by France's best artists. Hetzel's magazine was literary a work of art. For over forty years, Hetzel serialized Verne's novels in his magazine. The Marvel comic and film hero Iron Man blends science, engineering, and romance.

Today, publishers hate the scientific detail of Verne. Early English translators and publishers stripped Verne's novels of the science, reducing his science fiction genera to children's fantasy. This was not true of the original French texts. Fortunately, there has been a movement in the last twenty years of new translations of Verne restoring the scientific detail.

Verne's combination of science and romance played a big part in the technological renaissance of the 1950s and '60s. His scientific romances were predicted in a string of movies that continues. Verne's popularity soared in both the United States and Russia. Russian and American scientists found inspiration from Verne in their push to the Moon. More recently, new translations have added back Verne's science. Writers are again looking at the idea of scientific romance as genera as a nation looks for inspiration for STEM training for our youth. Graphic novels are again awaking the world's youth.

Verne's predictions are far from being fulfilled. Twentieth Century in Paris details a hydrogen fuel-based society and a 500-nurse-power baby-feeding machine. Verne predicted in Mysterious Island  that "water will one day be employed as a fuel, that hydrogen and oxygen that constitute it, used singly or together, will furnish an inexhaustible source of heat and light, of an intensity of which coal is not capable and that when the deposits of coal are exhausted, we shall heat and warm ourselves with water…." [8]

In geology, recent finds of water in diamonds and other deep-earth exploration suggest Verne was right about the amount of water. Scientists, Vernians, and Creationists are reconsidering the possibility of vast amounts of subterranean water predicted by Verne in Journeyto the Center of the Earth. The finding of  huge crystals in the deepest new caves of Mexico and Georgia (Europe) have scientists reconsidering subterranean crystal growth predicted by Verne,

Many of Verne's predictions can be seen on the horizon, such as the idea to extract "heavenly minerals" in his novel The Chase of the Golden Meteor, in which he described the discovery and capture of a small cosmic body near earth consisting of almost pure gold. NASA is now exploring this futuristic idea. The Chase of the Golden Meteor also deals with using a ray gun to deflect an asteroid, which NASA is also working on. Electric power generation from thermal current differences in the ocean noted in 20,000 Leagues Under the Sea is understudy.

In From the Earth to the Moon, published in 1865, Verne wrote, "there will some day appear velocities far greater than these [of the planets and the projectile], of which light or electricity will probably be the mechanical agent ... we shall one day travel to the moon, the planets, and the stars."  Solar sails are still under development by scientists. Using a cannon to launch a satellite, as in From the Earth to the Moon, is being reconsidered by the US Army and private companies such as Green Launch. Strange monster-like fish continue to be washed up on ocean beaches.

Quentin R. Skrabec Jr., PhD, is the author of 20 books, teaches at the University of Findlay, and advises businesses at St. Eloi Consulting...