This is running with click bait titles suggesting massively more people are at risk of sea level flooding than before. But it’s just better elevation maps. The sea level rise is the same but more people than they thought are already living below sea level protected by dikes, as for Holland.

It makes no difference at all if the elevation data is already good. Example story to debunk:

Their future projections are that the

It's a new method that gives more accurate measurements of the land elevation - many places are not well mapped and if you use satellites you can be unsure of the land surface if it is below trees - they used new artificial intelligence methods to estimate this.

Nearly everywhere you can prevent this sort of sea level risk by raising the levees / earthen banks to protect against the sea. But they are saying we need to plan for this

You can explore the new elevation data here as Climate Central have incorporated it:

Sadly their slider doesn’t let you go all the way back to 2019 or 2020, so the best I can do is to use the data for 2030 with deep and rapid cuts. That’s the closest their tool lets us go to the present day.

Here it is for the Netherlands where you would expect the elevation data to already be very accurate - the new calculations make no noticeable difference. As expected much of the area is below sea level.

With the new calculations, for 2030 with deep and rapid cuts: 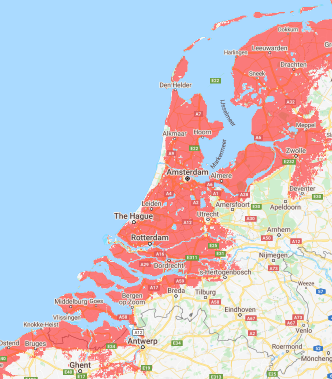 Legacy data for 2030 with deep and rapid cuts: 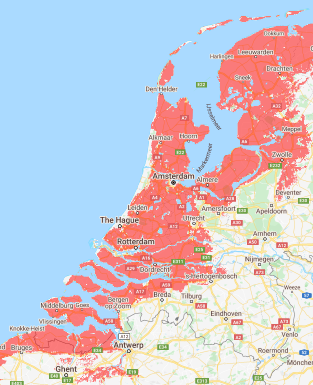 For the year 2100, unchecked pollution, bad luck and most pessimistic sea projection source: 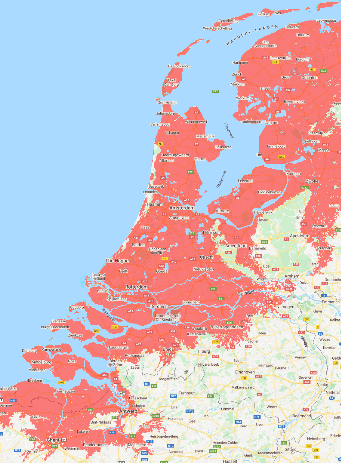 For what they are doing and some of the issues and solutions see:

As they say in the paper:

The levees, seawalls and other defenses and accommodations currently protecting tens or hundreds of millions of coastal-area residents globally point to the potential for protecting ever-larger areas as seas rise. At the same time, current coastal defenses should not be assumed adequate to protect against future sea levels and storms without continued maintenance and, likely, enhancement.

This shows the impact on coastal cities and other systems at the various sea level rises and the effect of adapting (in the columns marked with a check):

Figure 4.3: Additional risk related to sea level rise for low-lying coastal areas by the end of the 21st century. The second column with the tick shows the result of adaptation. With adaptation then megacities are at moderate risk on all scenarios

(Miami would be a rare exception because of the limestone that makes it vulnerable at high sea level risees because the sea seeps through it).

Here is southern Vietnam for 2030 with deep and rapid cuts, legacy data 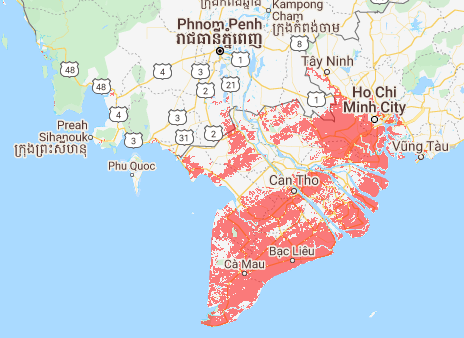 Here it is with the same projection, but with the new calculations: 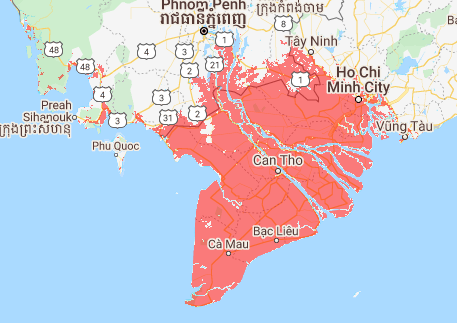 This is it in for the year 2100, unchecked pollution, bad luck and most pessimistic sea projection source: 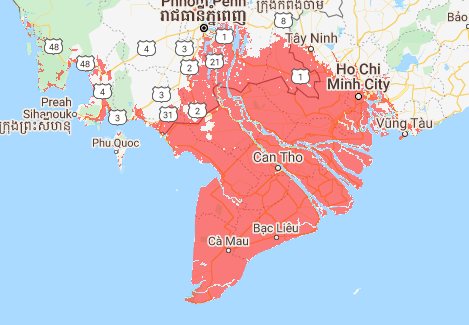 You can barely tell the difference.

These are the settings I used: 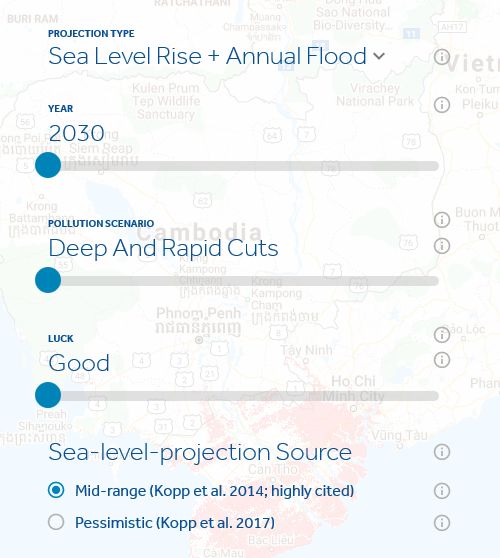 And for the year 2100, unchecked pollution, bad luck and most pessimistic sea projection source: 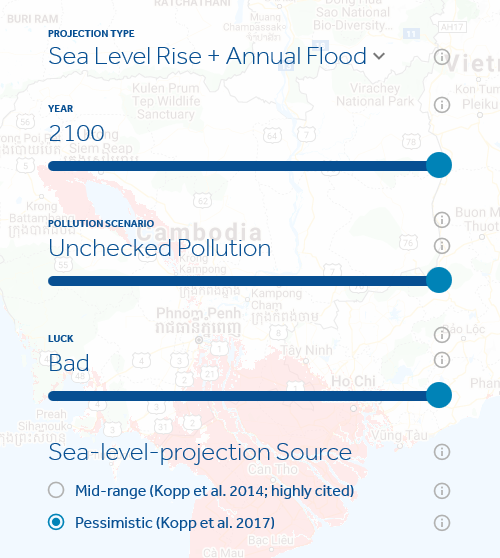 For another example here is Bangladesh, with the legacy data, 2030 most optimistic for everything. 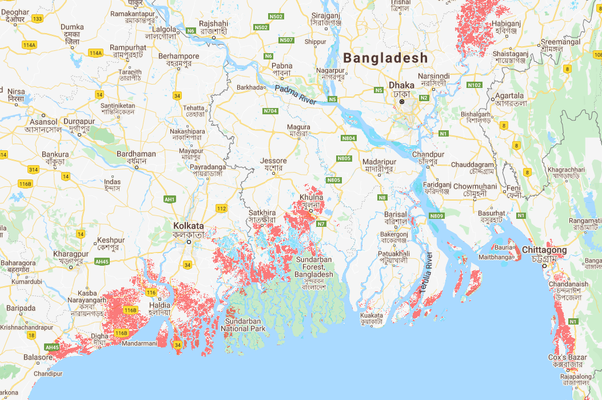 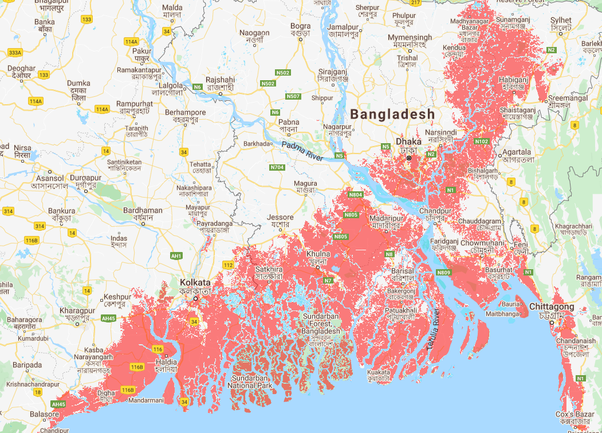 This time it does make a noticeable difference to fast forward to 2100 with unchecked emissions, but nowhere like the difference between the present with the old and new elevation models: 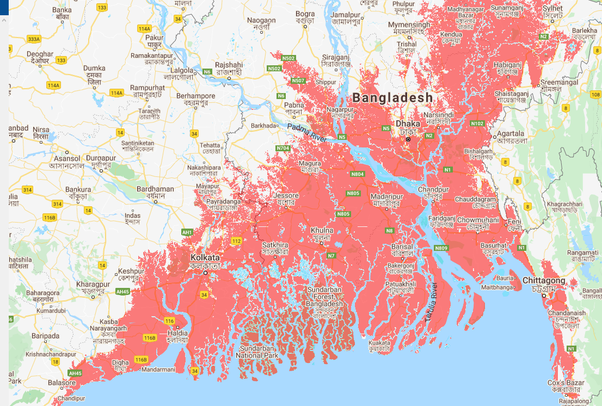 Just as the present population is able to live below sea level, the future population will to, by raising dikes.

For what they are doing and some of the issues and solutions see: