Game theoretically, the left-right political divide is an understood phenomenon. Such polarization arises whenever power is distributed through repeated winner-takes-all elections. Smaller groups lose all influence except by influencing one of the main groups. A one dimensional “political spectrum” evolves through the way apes identify and rationalize. Every single ape identifies with a collection of positions, a ‘Good Bunch’ (Remark GoBu at end) of partially mutually contradicting statements which they rationalize as non-contradicting, such as for example these two flowers: “1) I am secular because I am scientifically enlightened about evolution,” yet “2) There are no sub-species (races) of bipedal apes and their brains (behavior, IQ) does not depend on genes.”

Peaceful political solutions necessitate that leaders understand basic game theory, evolving equilibriums in populations of apes. Those who believe that their own position on such a simplistic ‘political spectrum’ is rational (Remark RatLib), belong to the “common folk/dumb masses”. I desire relatively non-violent, stable social structures (‘harmonious society’), which I justify rationally relative to a fundamentally irrational but absolutely given foundation (Remark AbsEth). Assuming this core ethics, most apes must be controlled, most efficiently by control of information, which is also the evolved state of affairs. A relevant (~ non-pseudo) issue is therefore (Disregarding future AI, and that information controls apes, which is prior to the emergent appearance of apes controlling information) whether the media are controlled by apes who (in effect) kind of understand all this while simultaneously being benevolent toward the suffering systems under their control. Is for example the current leadership in China relatively benevolent? (Remark China) Is the network of rich Jews that control the “Western democracies” relatively benevolent? (Remark AJ) Anyways, game theory is important in political theorizing, not only for (r)evolutionary strategy. 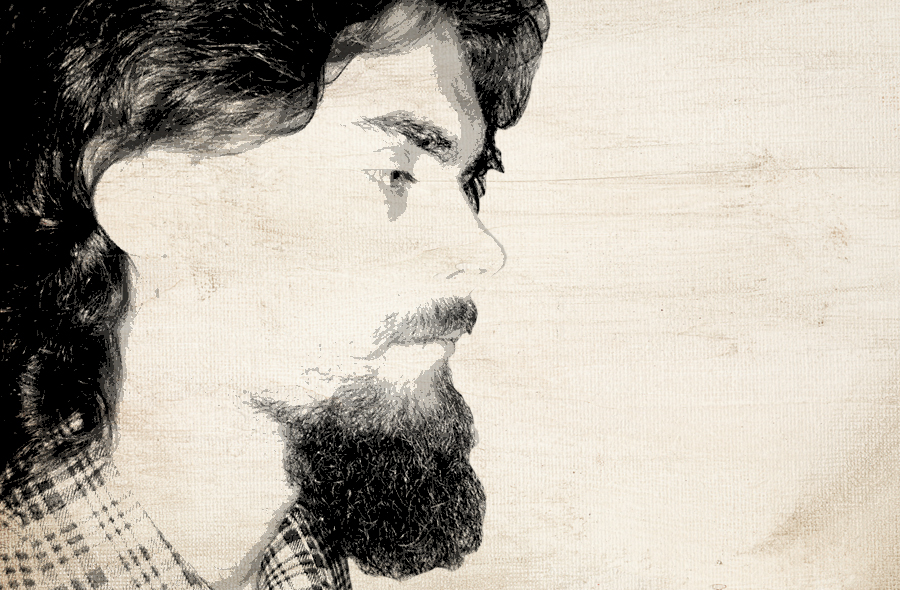 The right embraces such scientific theory while the left’s increasingly anti-scientific attitude refuses true “social science”. The following game theoretical discussion is adapted from an article by Johannes Konstantin Poensgen [see picture, email him at redaktion@sezession.de] on the web page sezession.de (Das Problem des staatlichen Gewaltmonopols: Ein spieltheoretisches Modell). That article is a reaction to the most recent attack on a new independent social project in the German city of Halle, which has been violently attacked for the third time in just a couple of months, explicitly encouraged by those in power and answered with indifference by the German police, which is ever more busy with tasks such as covering up violence around ‘no-go zones’ and destroying the lives of law abiding citizens who dare to discuss the increase in rapes and other crimes due to the racial displacement forced upon them. This state of affairs was predicted under labels such as ‘anarcho-tyranny’ and it is predicted by game theory similar to how Poensgen does.

I only partially reproduce Poensgen and modify a lot. The original is especially interesting in that the considerations assume unbiased rule of law (German: Rechtsstaat) throughout, and that the state has the monopoly on all violence (German: Gewaltmonopol), which ideally means that the citizen need no weapons because the state guaranties their protection – think of East Asia today or Western Europe like it was just two generations ago. The game theory describes how the ‘Gewaltmonopol’ fails in inhomogeneous societies, suggesting European citizens may now need guns for self-defense. Poensgen thus refuses the claim of his simpler minded right wing fellows, namely that all would be good again if the police could just do the job it supposedly exists for. More importantly, especially for societies that still can be saved without civil war, such as North East Asian societies: The only changing variable in the model is that the considered population acquires a sufficiently large fraction of actors who simply do not put much value on life, or for who punishment is far less costly than for law abiding citizens, or in whose sub-culture a previous conviction is a badge of honor, which holds for liberals signaling revolutionary character as well as for those more directly genetically so inclined on grounds of their race. (Remark NEA see end, and further elaboration below).

Consider two actors or groups of actors, namely A, the law-Abiding Angels, and B, the Bad Bullies, who do bad according to the law in the assumed lawful society. If both stay Non-Confrontational, I write (A,B) = (N,N), the expected average utility <U> is zero for both, no rewards and no costs,  formally written: <U>(N,N) = (0,0). If A still stays non-confrontational although B Confronts A, then B wins and A loses: <U>(N,C) = (–10,10). If A defends however, say a Trump supporter defending against an “antifa” Bully, the Bully should lose bigly, because the conflict will now not just lead to the costs of the conflict directly, say injuries. The police can more likely apprehend the attacker and the law then comes down heavy in order to protect society from such violence via deterrence: <U>(C,C) = (–5, –100).

Poensgen assumes the still remaining scenario, (C,N), via symmetry, namely <U>(C,N) = – <U>(N,C) = (10,–10), but without interpretation. Think of this: Trump supporters “Confront” the Bullies by wearing MAGA hats, and they have really a lot of fun doing this (+10), while the mentally delicate snow flakes on the other side are triggered and suffer PTSD, so (–10). [UPDATE: P. remarked that this is suitable as he decided to have the magnitude of the values symmetrical because of the importance of "who owns the street".] Game theory now predicts ‘dominant strategies’: Bullies will not attack, regardless what A does, because –10 > –100. Angels will insist on their right to demonstrate and to have social centers and to defend these, regardless of the strategy chosen by B, because –5 > –10.

Now the problem: The more the state insists on a total monopoly of force, such as forbidding guns or not allowing to ‘stand your ground’ if you can run away, the less law abiding citizen can be certain that a defensive action against the Bully will be indeed later judged as lawful. “This was your social center that you defended and overreaction is understandable given your fear induced panic” may turn into “picking up the attackers’ rock makes you lower than the low IQ attacker – you should have been above this”. So now we may have <U>(C,C) = (–50, –100). It seems that the situation hardly changed; the expected utility for the Bully seems to not have changed at all. However, the situation changed dramatically.

There are no dominant strategies! If B attacks, it is now better for A to stay non-confrontational, to not defend, because –10 > –50. If the Bullies know this, they are now in the position to threaten A with attacks and achieve many aims even without attacking. This also relates to an important paradox with these ‘non-null-sum games’. Game theory assumes “rational actors”, meaning that each actor maximizes her expected utility <U>. However, and this has important consequences for how biological systems evolve to behave, the actors start to be “irrational”. If you are known to be irrational and to hit out violently with no regard to any costs to yourself, such as in assured mutual nuclear destruction, then nobody is going to attack you and you have therefore in effect recovered a ‘dominant strategy’. You just have to ensure that everybody knows that you are a complete nutcase, and there you have peace. In games with more than two participants, you can now bully weak actors, and so the usual behavior of a bully appears naturally and the term “bully” appropriate.

Note that we did not assume a biased police or biased law. We arrived at a far more important issue than such bias: Evolved behavior, such as whether the actor is genetically determined to value individual personal safety over avoiding the loss of face for the family clan, simply because that was naturally selected for during the socio-biological evolution in the environment that his race and culture co-evolved in. (Remark Int)

As Poensgen points out: If B always decides for confrontation anyway, regardless whether because of an impulsive temperament or being too feebly minded to grasp the consequences, then A is forced to give in to the criminal bully, and all because of the lawful state with its monopoly on force! This is observed by other actors, and so the expected utilities change catastrophically and soon your lawful society is down the toilet and perhaps, like with Western society, ever more busy not with protecting law abiding citizens but with protecting the mere facade pretending that there still is justice – the ‘anarcho tyranny’.

Poensgen goes on discussing (C,C) -> (–200/–25), namely the reality of that B usually cares far less about the same punishment than A. The antifa thug on social welfare laughs about a vacation in a comfy German jail. On the other hand, and still not assuming any bias by police or the legal system, law abiding people are often completely destroyed by merely having to deal with the law at all even if in the end the charges are dismissed. Poensgen emphasizes how the Bullies ever more get their way by mere threats. Note that <U>(A) is now smaller than <U>(B), and so, thinking of an ongoing war between the camps, the threats have become believable even without B needing a reputation for being irrational.