Project Calliope
The Nov 22 launch of the heaviest satellite known has everyone a twitter.   A Delta IV Heavy booster out of Kennedy put up NROL-32, a "classified spy satellite cargo for the U.S. National Reconnaissance Office".

"I believe the payload is the fifth in the series of what we call Mentor spacecraft, a.k.a. Advanced Orion, which gather signals intelligence from inclined geosynchronous orbits," Ted Molczan, an established satellite tracker told Spaceflight Now. 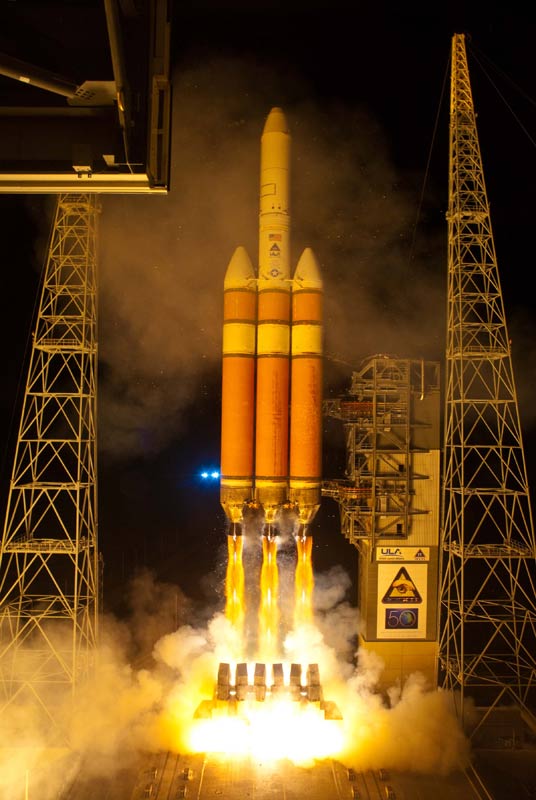 Some have called it the largest, but with a suspected 100 meter antenna, it's potentially smaller than earlier test NRO antennae.  On the other hand, if NRO is saying it's the largest, they probably know best.  NROL-32 is bigger than SkyTerra1, the largest commercial antenna in space.  Of course, the International Space Station (ISS), built in sections, covers 109 x 51 x 20m, making it as long as but with less area than NROL-32.

Some have called NROL-32 the heaviest, at a suspected 5,200 kg, but that is not accurate (and NRO has not claimed to be heaviest).  As one example, the Compton Gamma Ray Observatory from NASA was 17,000kg.  And the International Space Station (ISS) is the current non-Moon satellite heavyweight, at 370,000 kg.

Meanwhile, NASA annuonced a new FASTSAT microsatellite launch on Nov 20, "NASA’s first microsatellite".  FASTSAT means 'Fast, Affordable, Science and Technology Satellite' and is "the size of a washing machine and weighing about 400 pounds", according to the Huntsville Times.

I still call that big, but that's because I'm using a TubeSat picosatellite, at sub-kg weights.  One shouldn't forget Bob Twiggs' comment "Don't bet against Cubes", where the Cubesat pioneer himself had doubts on how small payloads could be.  As the tale goes, he doubted a conventional CMOS camera would work on the Tokyo Institute's CubeSat "CUTE", and now "he now gets a picture by email every time one is taken by the craft."

So we are in a boom age of space, where your photo and transmissions are just as likely to be captured by a DIY picosatellite, an amateur nanosatellite, a NASA minisatellite, or a NRO behemouthellite.  Lucky us!