Project Calliope
Fellow Tubesat pioneer Wesley Faler of Fluid&Reason has calculated power curves we can expect for our orbiting picosatellites.  His summarized estimate is that 6-cell solar panel in a sun-synchronous polar orbit with perfect positioning can expect to produce 0.5 Watts.  This sets our ultimate power budget for the satellite, and helps us choose appropriate instrumentation and control schemes.

His simulation and calculation, running in full about 5 pages, is an excellent breakdown of the issues involved.  His own note on it mentions "the calculations have been updated to use the AM0 space spectrum with a power density of 1366.1 W/m^2 rather than AM1.5 spectrum (1000 W/m^2) quoted on the solar cells for ground operation."  I'm presenting a summary of his analysis here, both to provide specific information on Tubesats and, more generally, to show how to analyze and simulate orbital conditions for a project.

Let's break down his work into pieces.  First, he sets up the physical units for the solar cells and for the orbit:

Of particular interest is that the watts per panel comes out to just under half a watt for an ideal cell (of normal efficiency).  The problem to solve is whether, in orbit, we can actually achieve this.  Remember we start with his conclusion-- a 6-cell panel can produce a half Watt.  So this suggests we operate at about 1/6th efficiency due to orbital issues.

What Wes considers is, first, the panel positioning.  After setting up the geometry, we rotates the panels around the Tubesat center and determines, relative to the line to the Sun (placed along the +X axis) which panels get any sunlight.  He notes "these must still be multiplied by the power per solar panel and then integrated over time as the satellite orbits."

Rotating the Tubesat along the X-axis (sun line) yields no power change (obviously; the panel angles and coverage relative to the sun do not change).  The power factor for rotation around the Y- and Z-axes do vary the power received by the panels, as shown here: 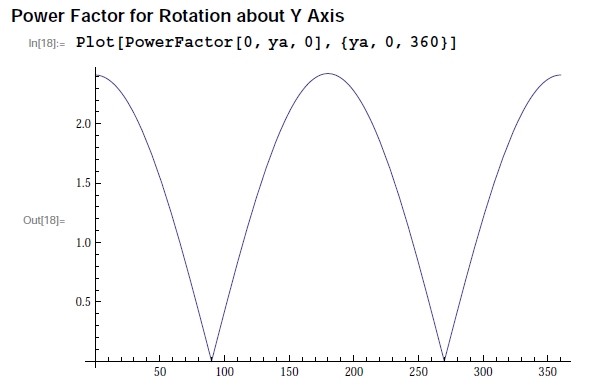 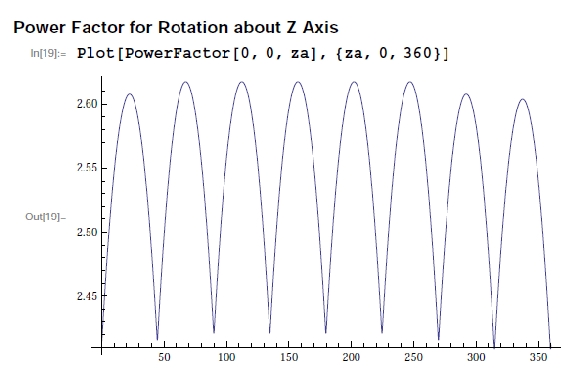 Wes then solves for 3 possible orientations.  "Flat" orientation is where the Tubesat's long axis is always facing the direction of travel (the 'bullet' configuration, I'd call it).  As it moves through its orbit, it goes from nose-towards-Sun (at one pole) to broadsides at the equator, down to tail-towards-Sun (opposite pole).  For flat, "2042 Joules are taken in during the half orbit facing the sun. Over the half orbit period, this equates to an average of 0.75 Watts." 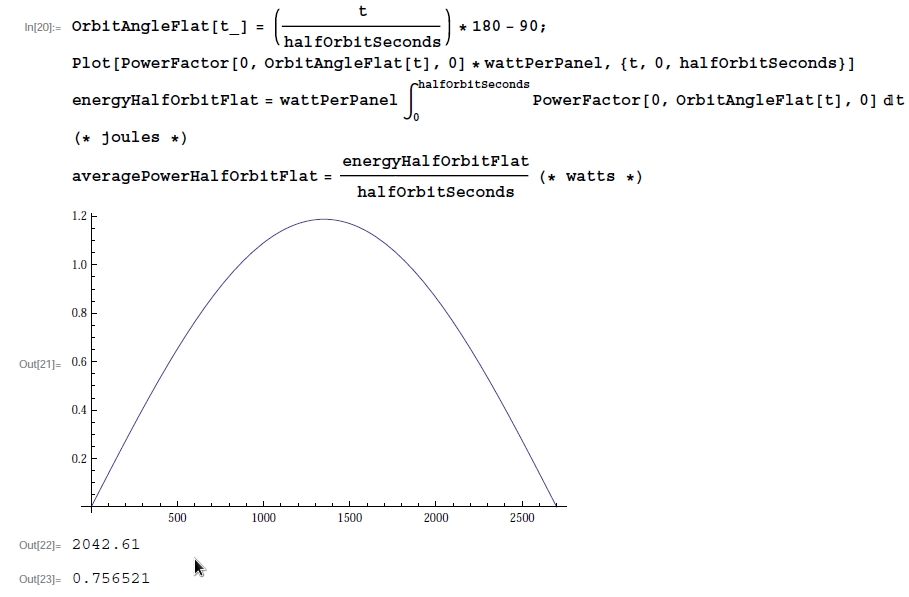 Radial orientation is where the Tubesat's long axis always points towards the Earth.  The satellite is broadside to the Sun at each pole and has its endcap face the Sun at the equator.  Much as with Flat, "2047 Joules are taken in during the half orbit facing the sun. Over the half orbit period, this equates to an average of 0.75 Watts." 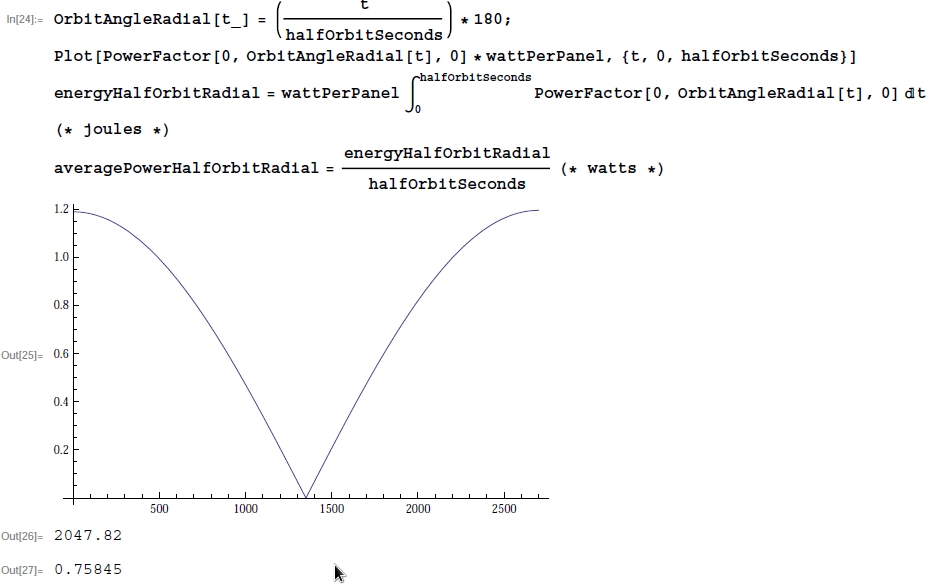 Closing off our analysis by Wes, we have 'SunSeeker' orientation, where the Tubesat is always broadside to the sun and "likely rotating along [its] long axis for cooling".  For this power-optimizing orbital orientation, "3208 Joules are taken in during the half orbit facing the sun. Over the half orbit period, this equates to an average of 1.18 Watts." 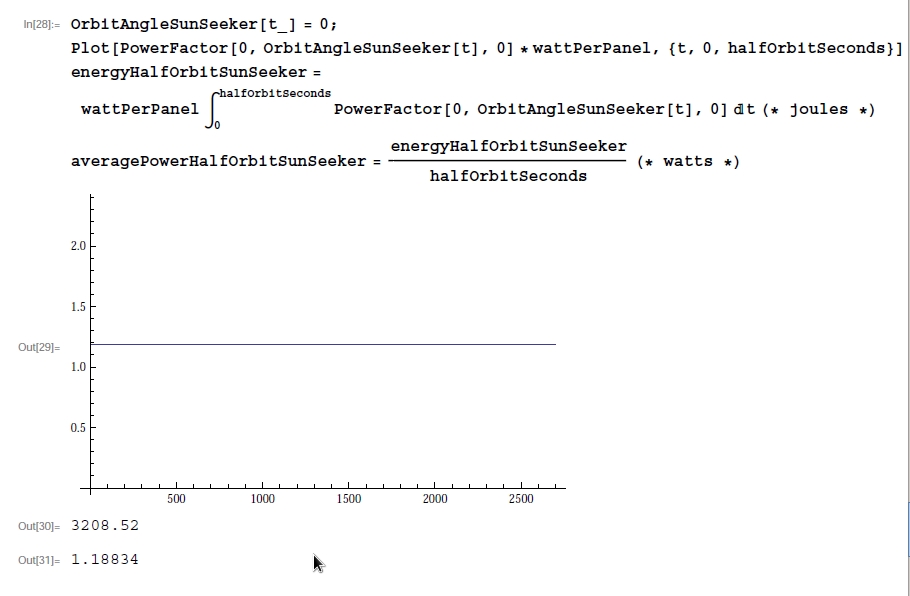 The actual satellite orientation one choses will be based primarily on the sensor requirements.  Where you need to point and how you have to face is the primary driver for this.  However, once you decide on an orientation, power considerations can kick in.  Calliope itself will rely on the 'default orientation'-- it will simply tumble and requires no specific pointing.  For mission-specific orientations, how to orient is a topic worth exploring in the future.