Hank Campbell
The Paleo diet is all made up, organic food just accepts one kind of genetic modification in its modern food over another, but booze? Yeah, scientists can really show how that was different in the past. The oldest known recipe is for alcohol, the oldest song is about alcohol and it is well established that we probably only got to the top of the food chain by drinking a lot of alcohol instead of the polluted water neanderthals were peeing in.

Recently, scientists got to examine direct evidence and answer important questions, like if Vani Hari, The Food Babe™, should really forbid her husband from drinking any beer made in the last 400 years because it is not 'natural' enough.

They got the chance thanks to the 2010 discovery of a schooner in the Baltic Sea off the coast of Finland. Nothing special about that, there are whole television shows about treasure hunters, but this had something more interesting to science than old coins - it contained bottles of beer. (1) Those got sent to VTT Technical Research Centre of Finland. Though diluted with salt water, that was easy enough to work around and determine the original ingredients and then compare the results to six reference beers.(2) 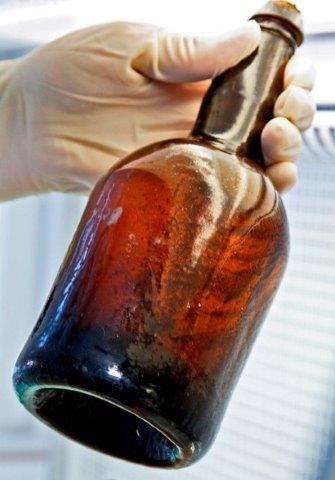 Beer from an 1840s shipwreck. Even with all that bacteria and saltwater I predict it tastes better than those wildly unbalanced hoppy beers sold everywhere today. Credit: American Chemical Society

What was difficult to know for modern researchers is what taste the brewmeisters were hoping to get. If a case of beer went down today and was discovered 170 years from now, future scientists would detect all those alpha and beta acids due to rampant overuse of hops and wonder if beer drinkers in 2015 were engaged in some sort of ongoing dare with each other.  So the scientists had to back azimuth the past and scientifically undo the impact of all that bacteria and, as the researchers described it, the "vinegary, “goaty” and soured milk flavors that overpowered the original fruity, malt or hop profiles."

Hop components and their degradation compounds showed that the bottles contained two different beers, one more strongly hopped than the other. The hops used contained higher levels of β-acids than modern varieties and were added before the worts were boiled, converting α-acids to iso-α-acids and β-acids to hulupones. High levels of organic acids, carbonyl compounds, and glucose indicated extensive bacterial and enzyme activity during aging. However, concentrations of yeast-derived flavor compounds were similar to those of modern beers, except that 3-methylbutyl acetate was unusually low in both beers and 2-phenylethanol and possibly 2-phenylethyl acetate were unusually high in one beer. Concentrations of phenolic compounds were similar to those in modern lagers and ales. Credit: DOI: 10.1021/jf5052943

So how were they really different? Balanced beer-making has not changed all that much, but the old kind had more phenylethanol, found in essential oils and notable for the pleasant floral odor.

Want to give it a try? Hop (pardon the pun) a plane and journey to Stallhagen Brewery, which created a repica. For educational purposes, of course.

(1) It had 150 bottles of champagne too but scientists don't care about that, it is well-established that the fanciest scientists get about celebrating breakthroughs is a bottle of MadDog 20/20.

(2) Reference beers? You betcha. Here in the US, the National Institute of Standards and Technology (NIST) even has reference peanut butter. 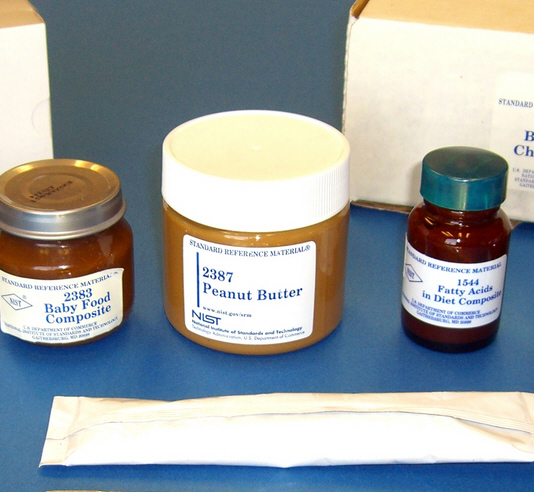