It's the team-up no one ever expected to see; video game characters and...fashion.

But it has. The latest issue of Arena Homme+, a men's fashion magazine, has a CGI photo shoot of Final Fantasy video game characters showing off the Prada 2012 Men's Spring/Summer Collection. So much for continuity.  What's next, medieval knights driving tanks? Cylons fighting Jedi?

Whatever.  If you want to see Lightning, Noel, Snow, Sazh and Hope styled for action in Prada, your wish has come true.  If you ever thought models looked unrealistically unattainable before, it's only getting worse.

Most of the characters look something like this in the game: 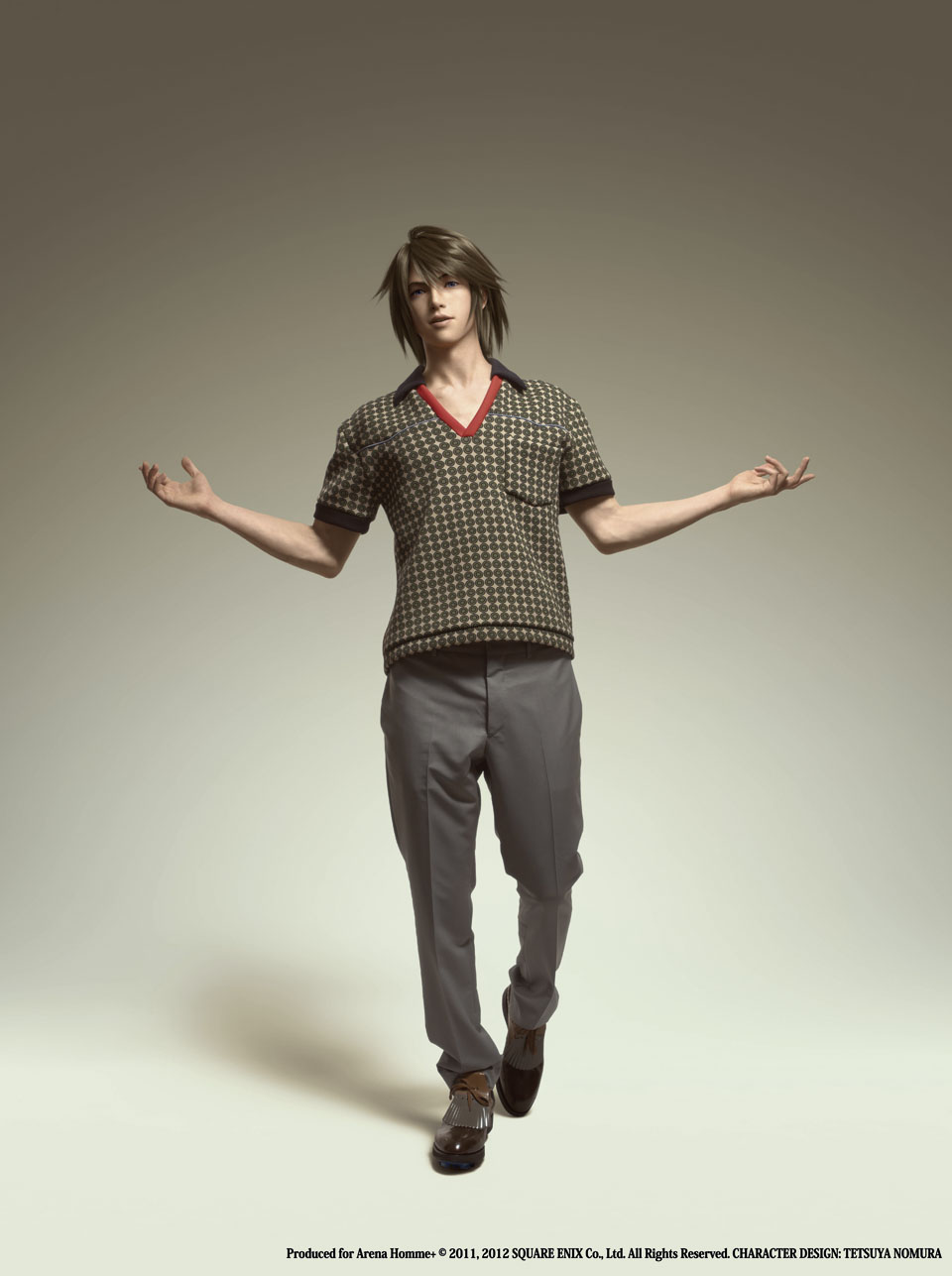 Yoshinori Kitase, Producer of FINAL FANTASY XIII-2, added, "The FINAL FANTASY series is known for its creativity and innovation; so working with Prada, a renowned fashion house with such beautiful clothing, was a very exciting opportunity. The images we have been able to create together are vibrant and unique."

The CGI was done by Square Enix in Japan, working alongside the FINAL FANTASY character designers.

Final Fantasy, the RPG series from Japan, was first released back in 1987. That means Final Fantasy is now 25 years old.  How old does that make you feel?