For decades we have been told that salmon is good for us, for everything from heart health to brain function. And we should eat more of it.

But if more people actually listened to those dietary recommendations, they would run squarely up against environmental activists and the media outlets (i.e. Mother Jones) and anti-science Deniers for Hire (i.e. SourceWatch) they fund.

The obvious solution is farming, but like terrestrial farming, if we want to do it better and cheaper with less environmental input, we need to embrace science. Science can make fish farming both locally grown and sustainable.

Naturally, environmental groups are against those things  and the people who are on their side politically - in the case of California, that is Governor Jerry Brown and the legislature - have made sure we either make sure fish is too expensive for poor people to afford or wild stocks will be wiped out (unless, that is, you send money to environmental groups, who will give it to California politicians.)

The environmental cost of legacy fishing is substantial; 95 percent of Atlantic salmon is currently imported.  Growing them closer to consumers, you know, that locally-grown farm-to-table idea, is good for everyone but lobbyists employed by anti-science groups got Gov. Brown to sign a ban on building this kind of salmon farming facility in the state, citing concerns about contamination.

Scientists know this breed is incapable of successfully mating with any of the 10 Pacific salmon species and that it is grown in isolated facilities. It can't just swim out.

In the San Diego Union-Tribune I outline the travails of the GM salmon that could fix these problems.  The only thing that may fix it is a new President, one who isn't devoted to blocking every bit of science that hasn't been signed off on by environmentalists.

Unfortunately, whether it's Trump or Clinton, neither President looks like they will be any more pro-science than the  current one.

Environmentalists are hyping this up as a win against Frankenfish, but it is a win against science and reason. On my whiteboard in my office at the American Council on Science and Health, I have this: 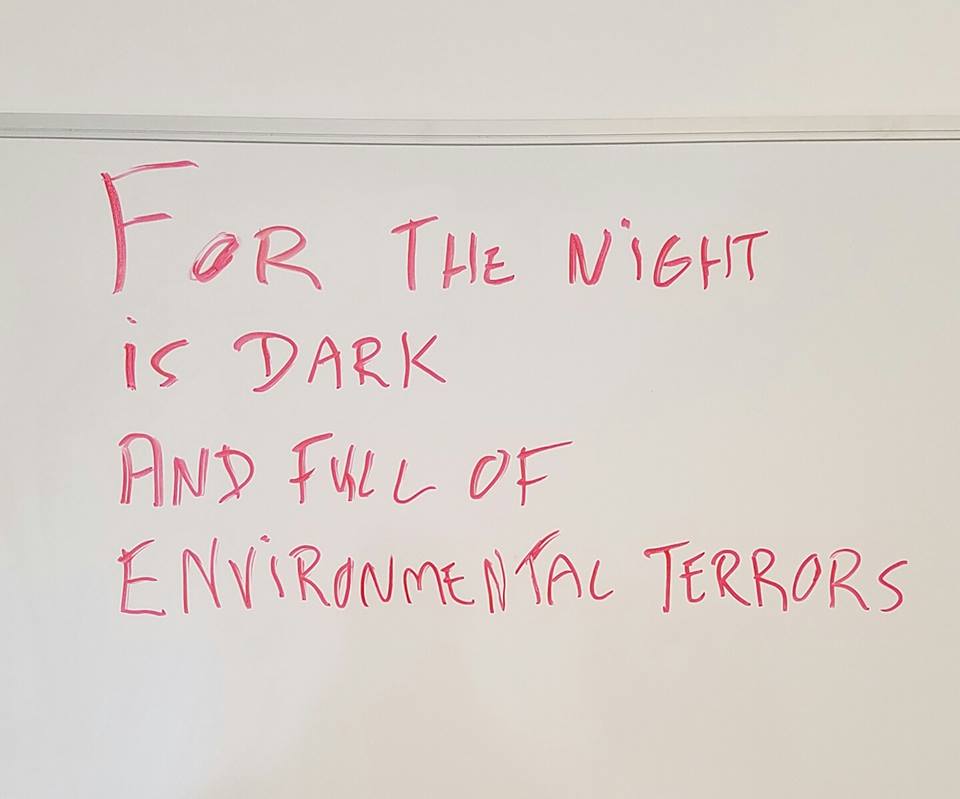 And it's never been more true.
Science 2.0
More Articles All Articles
About