Hank Campbell
Though Britain has consistently been part of formal European trading, it was with some hesitation that they entered the European Union (EU) in 1993, and they famously balked at adopting the Euro currency in 1999.

During that time, fears about giving a lot more than they get have been realized.

Some claims have been that science in the UK would be impacted by Britain's exit from the EU - "Brexit" for short. So is that fact or hype?

It's hype. In 2014, the private sector account for 65 percent of research funding so government funding has never been much. For the first four years of their participation in the EU, U.K.'s R&D expenditure as a percentage of GDP actually dropped. In 2014, R&D expenditure by the public sector actually decreased by 5%.

Since research in the UK is done by the private sector, not funded by the EU, it won't make much difference. What does get the government money is defense spending - 10X as much as science, an even higher gap than in the US. 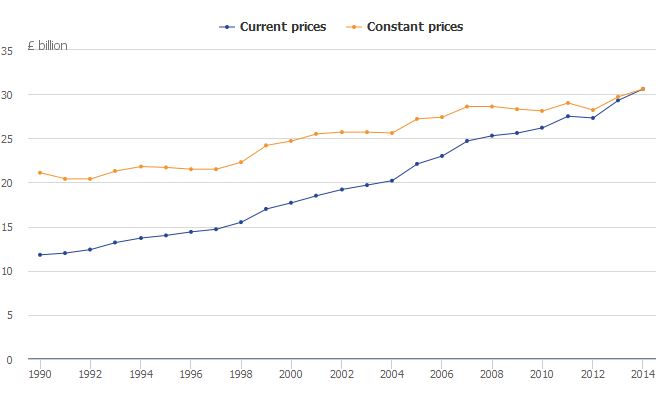 The big science industry in UK is pharmaceuticals, with £3.9 billion.  And the industry is good in return, spending £6 billion on things like advertising. Compare that to the £10 billion the UK loses being part of the EU.

People keep 'moving the goalposts' and coming up with new ways where Brits are doomed, but even the immigration is no problem - that was just fine before 1993 as well. Maybe other EU countries will try to bully the U.K. but scientists tend to resent when they are overtly used for geopolitics.

And now Brits have $10 billion more to spend on science funding - which would be 300 percent of what government scientists are getting now.
Science 2.0
More Articles All Articles
About