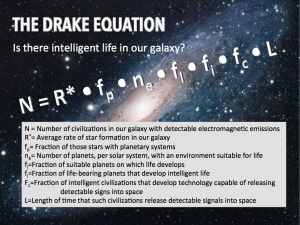 Sometimes popular concepts catch fire with the public for no reason, even when they are shown to be incorrect - virtual water, a gallon of gas to create a pound of beef, you didn't build that - but usually those fade with time.

Not the Drake Equation, which sought to parameterize what other life may be out there.

It is quite still popular, not just with casual science-fiction fans, but serious researchers. It's a nice idea, we all want something complicated to look simple, like E=MC^2, and there is always a valid science outreach debate about 'all science interest is good interest' versus 'this nonsense will make the public jaded', but there is also already plenty of hype out there so Tom Hartsfield wants to inject a little reality into the discussion, namely by noting that an equation with multiple variables can't be solved, and an equation with 5 unknowable variables is just fishin' in the dark. 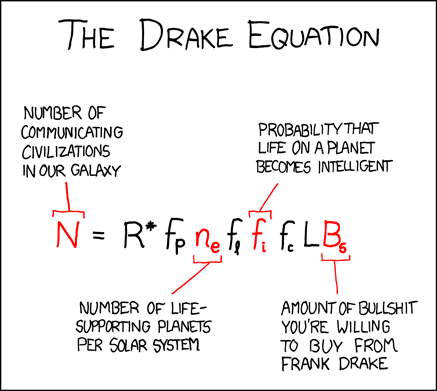 Harsh indeed. Yet Hartsfield is correct, people are really just guessing, but because the name is famous by now, it sounds science-y. The problem, as he notes, is that it gives us the false notion that we are on the path to solving something. We really are not, though SETI is a fine endeavor as long as it doesn't cost much. METI - messaging extraterrestrials, rather than simply searching for them, is more controversial, and astrophysics deep thinker and author Dr. David Brin and I have done opposing articles here on that issue.(1)

Less of a waste of time than both SETI and METI, if that is the metric for value, is WETI - they are 100 percent successful so far. 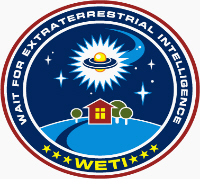 The other problem with setting expectations is that someone will try to exploit it. Because we all want to Live In Important Times, even Drake has to rein in SETI people invoking his name. When a fellow member claimed they had a signal from Gliese 581, he said, "I know the scientist, and when he first announced it, I asked him for the details, and he wouldn't send them to me. I'm very suspicious."

That is one example, but the justification for a lot of strange beliefs is Drake and his famous equation.

Is Hartsfield correct? You can let me know your thoughts in a comment. The one thing he contends that I disagree with is the idea that an equation takes some of the grandeur out of the search for alien life. Rainbows are awesome but I can make one for my wife any time she wants. Some people would say that takes the romance out of them. I think creating a rainbow for my wife any time she wants is the most romantic thing of all.

(1) Since I don't believe in the Drake Equation I think METI is harmless - 400 years from now, when someone hostile might get our message, we will all have prosthetic BFGs and can live out our Mass Effect fantasies, but the chances that our signal will arrive on an alien civilization in exactly the right time period that they would be listening with the right frequency is so remote that I can't be concerned.