Hank Campbell
I think a lot about science outreach. As a non-scientist, I am simultaneously the exact person science outreach advocates say should be excited about science while a few believe my interest (along with 80% of you) in science should consist solely of paying taxes that can then go to government grants, to pay for science they can insist they are doing for us.

I've been thinking about it more since Science Ghetto: Missives From The Low-Prestige, Low-Value Part Of News, where longtime USA Today science journalist Dan Vergano worried that science writers were creating "a secret garden walled off, and walling itself off, from the rest of the world" and that was making the field less important to people - a real disaster when the public need context (not framing) for science issues that are pretty crucial to the 21st century.

But it isn't a new topic, even for me. In 2009, I asked Who Is Writing "The DaVinci Code" About Biology? because it seemed strange that art historians were getting more exciting fiction than scientists had. And cops and doctors too.(1)

Now, that was before The Dinosaur Feather by Sissel-Jo Gazan was translated into English but the publisher sent me a copy of that recently and I was reading it in a coffee shop when I came across an old criticism of me, by a neuroscientist who firmly believed no one outside scientists should have a say in discussions of science or even science publishing - if they are critical.(2) 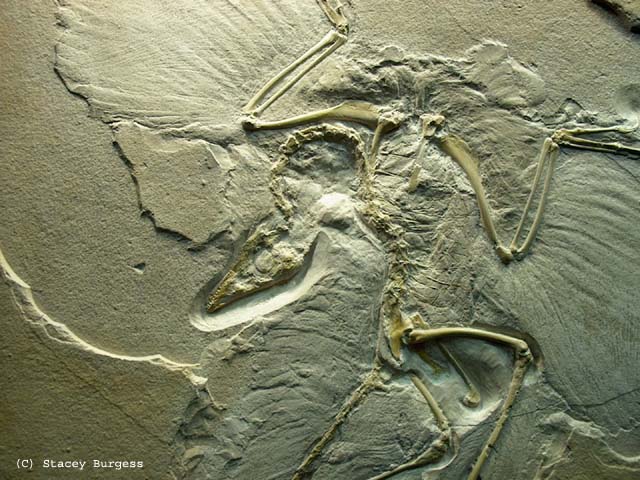 Is Archaeopteryx worth killing over? It is if we want the public to be excited about science.

Dismissing someone who creates a popular science concept like Science 2.0, because they are not a scientist, creates a false dichotomy; if no literate person without a science PhD can write about science or science media, then the wall has already been built and that is the road to irrelevancy. If a bachelor's degree (or an English major) is unqualified to write about science then few people in media are going to write about science, which means it is out of mainstream consciousness. No one insists that the only journalists who can write about the president first become president so for a scientist to claim that seems odd; like the overall American economy, 50% of science funding is controlled by the government. It's political. If that is not mentioned, it is dishonest.

"The Dinosaur Feather" circumvented the walled garden contingent in science by doing what is rare; she made science and science academia exciting without perpetuating some cold, scientific-method, über-rational mythology about scientists. In a walled world, she is not qualified to write about academia; she only has a bachelor's degree in biology and her parents were a journalist and an author - none of them qualified to enter the secret garden either. Yet her book has been sold in a dozen countries, including the USA.

I won't spoil the plot but it is about a biology PhD candidate studying Archaeopteryx whose advisor is murdered. It's a murder mystery, where science is integral to the story and not just resolving the plot, like it is in television shows or a lot of science fiction.

Why does it work? Real characters are flawed and a Dane did not know you cannot portray scientists that way. There are so many cop and doctor shows on television because things go badly - some people are good at their jobs and some are not. Some are on the take. Police and doctors are not wringing their hands over how they are portrayed on television or in fiction, but if a non-scientist writes about science and the portrayal is critical, the wall goes up.  Scientists cannot be flawed, the obvious corporate-government machinery that controls science funding cannot be mentioned or you are 'not a researcher' rationalization is invoked. Senator Tom Coburn is an MD who had cancer - he obviously knows the value of science - but if he criticizes waste at the NSF, he is dismissed as a Republican who therefore hates science.  And that is if people are being nice.

Science has lots of mysteries but writers who know the best ones may be hesitant to write them. Any realistic portrayal of science or its practitioners isn't going to be met with appreciation - but it should be. The worst thing that can happen for science acceptance is for everyone writing about science to act like cheerleaders.

(1)  Sure, there is a successful television show that features scientists but it plays to stereotypes. That's fine, people like familiarity and everyone in science or science media knows someone like those characters, and much of the public recognizes the types as well. "The Big Bang Theory" has legs - it is that rare show that has gotten more popular as it aged. But you see my point about archetypes; nerdy engineer, Indian guy, socially challenged physicist, etc.

(2)  It wasn't just me, who was dismissed for not being a researcher, it was also The Scholarly Kitchen ("an English major") but it made the point again that insiders can do as much to undermine public interest in science as anyone outside. Some of the other pieces on the site are quite good but he ironically has badges for open access sites while complaining about people who discuss any flaws in open access.
Science 2.0
More Articles All Articles
About