Hank Campbell
If you live in America and hadn't heard, the government is in a shutdown. We've had a full plate of political theater, with armed stand-offs at veteran's memorials and the National Zoo's Panda Cam going dark, presumably to convince us that government is funded on a daily basis - except for all those exempt and 'essential' employees, which number in the millions.

If you are asking, no, science is not considered essential to either party, that is why 97% of NASA is on vacation during this budget posturing.

While partisan nonsense is primarily a goldmine for mainstream media, science academia is not immune from taking political sides, it is as partisan today as politicians themselves. There's been no shortage of science bloggers and tweeters helping to sell the administration's message and a few objecting to the White House taking them for granted and adopting a 'you are going to vote for Democrats no matter what I do' attitude about their work.

But the cheerleading is only on the mostly left. For the full-on left, even a fully bloated federal government spending $600,000,000,000 more per year than it earns is not enough to keep them happy.(1)

I won't spend a lot of time on this article because it's mostly just nonsense and you'll want your 4 minutes back after you read it, but the opening merits a special highlight:

Remember in the mid-1990s when USDA began telling people to wash their cutting boards and utensils after preparing meat and always use a meat thermometer? Because US meat and poultry is so full of pathogens, if you don't kill them they might kill you? That was the beginning of the government's move to pass food safety risks on to customers

This writer thinks that people didn't know before the 1990s that all food has pathogens and that only the government kept us from killing ourselves in our kitchens.  Well, that is as wrong as can be. As we became a less agrarian society, things that were well known became less known to urban people, like progressive website bloggers, but most sentient beings in 2013 know that without the USDA reminding us. Yet the writer then implies that meat manufacturers are responsible for some huge increase in meat pathogens. It's a shocking lack of even middle school knowledge about microbiology and actual food production.

But she then makes a point that I have also made, minus the wacky conspiratorial paranoia; the government isn't making a big difference in actual food safety with the Centers for Disease Control being 68% on holiday.  My Twitter feed was lit up two days ago with lamentations about a 'major foodborne illness' outbreak that happened to occur, in the worst sort of coincidence, when the government was shut down. And it hasn't abated, now the government is claiming they needed to recall people and mobilize to handle this threat. 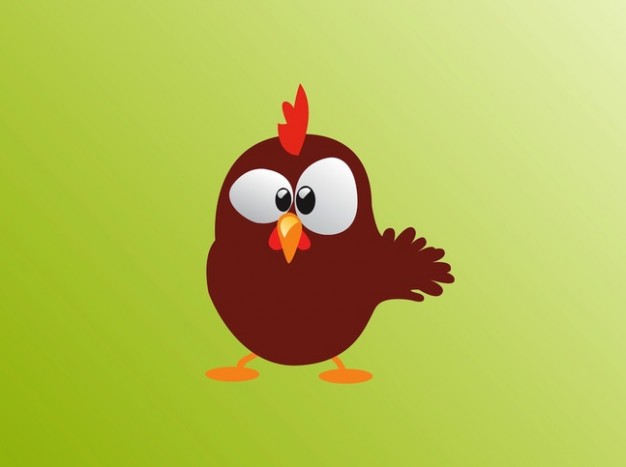 If you cook me, you won't get a salmonella infection, even if only 68% of the CDC is filling out paperwork about me. Link: Freepik.com

Major outbreak? A recall from furlough? Wow, that must be serious World War Z-type stuff.

Or not. As excited as I was when it was first announced, because finally this was a real issue for science and health writers, not making a molehill out of a few dead government mice and unparsed astronomy data and finding ways to blame Republicans because President Obama cares so little about science that only security guards at the National Science Foundation are "essential" while 83% of the rest of the federal government is, it turned out not to be a real issue at all.

Foster Farms was implicated in almost 300 illnesses related to salmonella.  300 illnesses may sound like a large number, unless you know that America has 48,000,000 foodborne illnesses every year - an average of 132,000 each day nationwide.  And we're no safer even when all those government people are around because plenty of products that get recalled are (a) recalled by the company and the government only knows about it after the fact and (b)are recalled by companies that got 'superior' ratings by food inspectors anyway.

They are making a show of recalling 30 people from furlough - of the 3,000 of their 9,000 employees that are on paid vacation - and all they are going to do is tell Foster Farms to clean up the three plants that are under suspicion.  The additional 30 people are going to "investigate" a group that has already been cited a dozen times this year. Since these plants had been cited a dozen times, why were the 30 people needed to watch them not essential but 6,000 other people were?  Couldn't they have used some of their 5,000 paid contractors too?

And what about the risk? Well, there is no risk. You have to cook chicken properly and cooking it will kill salmonella. Your grandparents know that whether the USDA or the CDC tells them or not. And so should you.

The reality is that food is not safe and government can only do limited things to make you cook chicken properly. It never has been safe. Our ancient ancestors discovered manure helped plants grow better and then they discovered you have to clean the food because eating feces was dangerous. The human population only really started to grow once we understood we have to cook meat. This knowledge is not a government responsibility, nor is telling people to clean vegetables. If you go to an organic farmer's market and buy food there and just eat it, you need an IQ test, not a fully-staffed CDC.

(1) How to recognize that science and evidence are not going to be evident when it comes to food - the short version: