Hank Campbell
Some people believe in magic. In Science Left Behind, in the process of debunking claims that one American political party is overwhelmingly pro-science and one is anti-science,  we put a handy chart on page 213 itemizing the various anti-science positions of registered voters.  Sure, evolution and climate change was higher on one side but the list of anti-science beliefs by the other side was as long as your arm - astrology, psychics, ghosts, UFOs, homeopathy, you name it and that global-warming-accepting party is more anti-science - they just have better public relations.

People have started to notice that it ain't just Republicans being science any more. Look at the Flu Shots Are Damn Dangerous headline at The Daily Beast by New York Times best-selling author  Deirdre Imus and founder of the dienviro.org  site devoted to environmental health - they have wisely changed it after the outcry but didn't change the URL, http://www.thedailybeast.com/articles/2013/01/18/flu-shots-are-damn-dangerous.html.

So that's bad, but various people have always held anti-science beliefs, especially when it comes to their politics.  The Great Lie of the last decade was journalists and activists convincing the bulk of scientists that one side was more anti-science than the other, a hypnosis that academics have begun to shake off.

But magic, in the broad sense, has always been embraced by lots of people in a much greater way - whether it is miracles or Harry Potter, people want to believe in magic and mystery and great unseen forces that can explain anomalies long after the Age of Reason. Lots of people in numerous walks of life believe there is some magic. Even scientists.

But people might believe it subconsciously, says psychologist Eugene Subbotsky of Lancaster University. He says that belief in magic begins in the consciousness of children (who explicitly accept it) and persists in the subconscious of adults (who explicitly deny it) and cites seven experiments to show it. 400 years after the Age of Science began there shouldn't be any belief in magic but, as I have noted in the past, there are reasons religion still exists among lots of scientists also.

Nicholas C. DiDonato writes something we all knew - sometimes the line between fantasy and reality can become blurred, like when children believe they have interacted with the Tooth Fairy, but then notes that Subbotsky found that a whole lot of older kids are willing to accept magic even after just denying it - like if a stamp self-incinerates inside an empty box that isn't 500 degrees hot. Adults will not even entertain the notion, even if they inspect the box and find no way for the incineration.  Adults are epistemologically a priori while kids are a posteriori in their justifications.

In another example, DiDonato notes the difference in reaction among adults who are advising a third party about the offer of a witch to perform a magic spell, good or bad. When advising someone else, the students (naturally, this is still a psychology paper, undergraduates are required) advised to ignore both spells 50% of the time, but when the offer was made for them rather than a third party, 60% took the good spell and none took the bad. 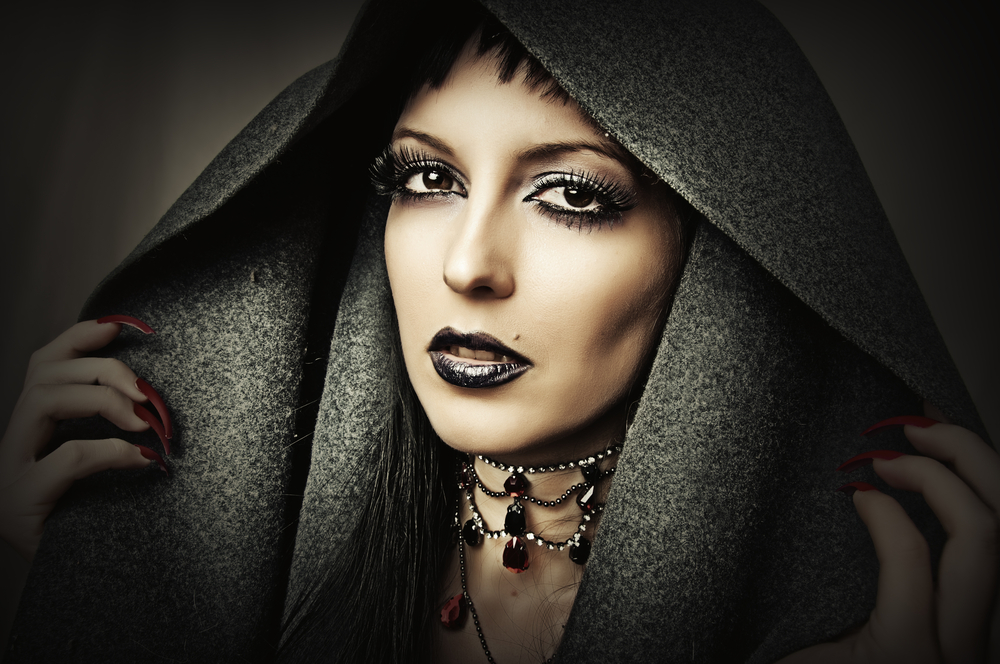 Would you accept her offer of a spell that could help you? Credit: Shutterstock

If they don't subconsciously believe in magic,  Subbotsky says, the results would not be so lopsided. I didn't know 'safe bets' were belief in magic, but I suppose they could be construed that way.  And it seems right.  If I take a chance on a positive spell, if nothing happens, I am break even. It I take a chance on a negative spell and nothing happens, I am still break even.

So why not take a chance on both, since I know nothing is going to happen? Why didn't someone skeptical laugh and say, 'sure, go ahead and curse me, turn me into a frog' since they knew magic did not exist?

Hey, if I am in a remote cabin in the mountains, and I go down into the basement and see a Book of The Dead, I am not reading it, even though I know Deadites do not exist.  Call me anti-science but I see no upside.

What about you?  Would you take the positive spell because there is something to gain and nothing to lose? Would you have avoided the negative one too?

Do you believe in magic? Seriously. by Nicholas C. DiDonato, Science on Religion

Seriously, click his link and read the article. It's good stuff!
Science 2.0
More Articles All Articles
About