Kimberly Crandell
Scientific happenings, big and small, on this day in history…

But first, today’s quiz:
What favorite American snack food was invented on this day by chef George “Speck” Crum in response to a picky customer that complained that the chef’s french fries were too thick? Chances are, most of you reading this have enjoyed a serving or two of these sometime this past week. Not sure? Check out the answer at the end of the article.

On to other historic happenings…

The eruption of Vesuvius on 24 and 25 August, 79 AD, led to the destruction of the Roman cities of Pompeii and Herculaneum and the death of 10,000 to 25,000 people. The eruption unfolded in two phases, the first of which was an explosive gas blast eruption that lasted eighteen to twenty hours - and produced a rain of pumice southward of the cone that built up to depths of 9 feet at Pompeii. Such eruptions and now referred to as “Plinian” eruptions, due to the description of this eruption written in a letter by Pliny the Younger. His uncle, Pliny the Elder, died the day of the eruption while attempting to rescue a friend and his family during the aftermath.

This initial explosive phase was followed by a pyroclastic flow, a fast-moving currents of hot gas and rock, which engulfed Pompeii, burning and asphyxiating the stragglers who had remained behind. The cities of Oplontis and Herculaneum received the brunt of the flows and were buried in fine ash and pyroclastic deposits. 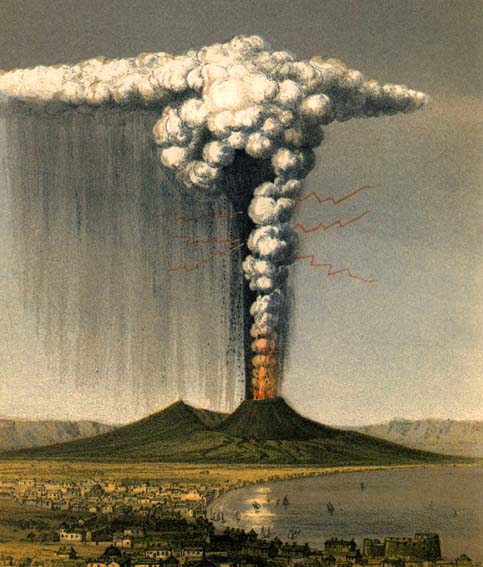 .
The eruption of 79 AD was documented by contemporary historians and is universally accepted as having started on 24 August. However the archeological excavations of Pompeii suggest that the town was buried a couple of months later. For example, people buried in the ash appear to be wearing warmer clothing than the light summer clothes that would be expected in August. The fresh fruit and vegetables in the shops are typical of October, and conversely the summer fruit that would have been typical of August was already being sold in dried form. Wine fermenting jars had been sealed over, and this would have happened around the end of October. The coins found in the purse of a woman buried in the ash include a commemorative coin that should have been minted at the end of September. So far there is no definitive theory as to why there should be such an apparent discrepancy.

Mount Vesuvius has erupted many times since, and is today regarded as one of the most dangerous volcanoes in the world because of the population of 3,000,000 people living nearby and its tendency towards explosive eruptions.

Vostok Research Station is located about 1,300 km from the Geographic South Pole, at the center of the East Antarctic Ice Sheet and within the Australian Antarctic Territory. As a signatory to the Antarctic Treaty System, Australia does not exercise sovereignty over the territory.

Vostok is located near the Southern Pole of Inaccessibility and the South Geomagnetic Pole, making it one of the optimal places to observe changes in the Earth's magnetic sphere. Other studies include aerometeorology, actinometry, geophysics, medicine and climatology.

The station is at 3,488 meters above sea level and is the most isolated established research station on the Antarctic continent. The station typically contains 25 scientists and engineers in the summer. In winter, their number drops to 13. 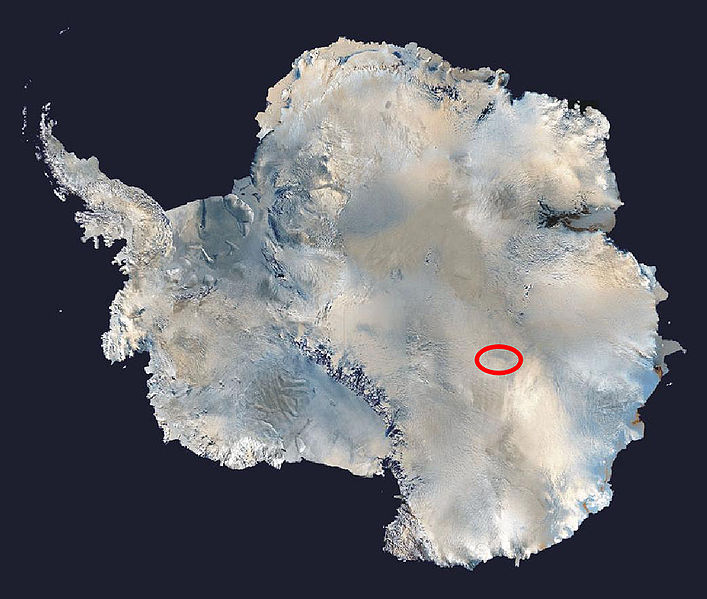 The Voyager 2 spacecraft was launched on August 20, 1977. Like its sister craft Voyager 1, its primary mission was the exploration of Jupiter and Saturn. Voyager 2 followed a slower trajectory than its sister ship that allowed it to be kept within the plane of the Solar System. During its encounter at Saturn, the mission of Voyager 2 was extended so that it could be sent to Uranus and Neptune by means of gravity assist from Saturn. The probe became the first and only spacecraft to travel to Uranus and Neptune, thus completing the Planetary Grand Tour - a rare geometric arrangement of the outer planets that only occurs once every 176 years.

The closest approach to Neptune occurred on August 25, 1989. Since this was the last major planet Voyager 2 could visit, it was decided to make a close flyby of the moon Triton, regardless of the consequences to the trajectory.  The probe also discovered the Great Dark Spot, which has since disappeared, according to Hubble Space Telescope observations. Originally thought to be a large cloud itself, it was later postulated to be a hole in the visible cloud deck. 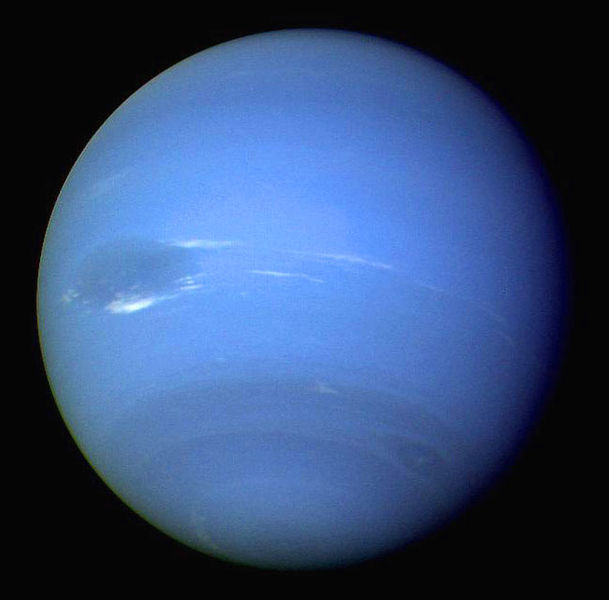 For many years, beginning in the late 19th century, it was widely believed that an unseen planet (dubbed "Planet X") was influencing Uranus and Neptune, as their observed and predicted positions differed. This belief brought about the 1930 discovery of Pluto, but the belief in a mysterious "Planet X" persisted as it became increasingly clear that Pluto does not have the mass to account for these discrepancies.

When Voyager 2 passed Neptune, it became possible to precisely measure Neptune's mass. Neptune turned out to be 0.5% less massive than previously believed, a difference comparable to the entire mass of Mars. When Uranus and Neptune's orbits were recalculated using the most accurate figure, it became clear that the erroneous mass figure - not the gravity of an unseen planet - caused the orbital discrepancies which had long vexed the astronomical community.

With the 2006 decision of the International Astronomical Union to reclassify Pluto as a "dwarf planet", the 1989 flyby of Neptune by Voyager 2 became the point when every planet in the solar system had been visited at least once by spacecraft.

Windows 95, a consumer-oriented graphical user interface-based operating system, was released on this day in 1995 by Microsoft. Windows 95 marked a significant progression from the company's previous Windows products. During development it was referred to as Windows 4.0 or by the internal codename "Chicago." 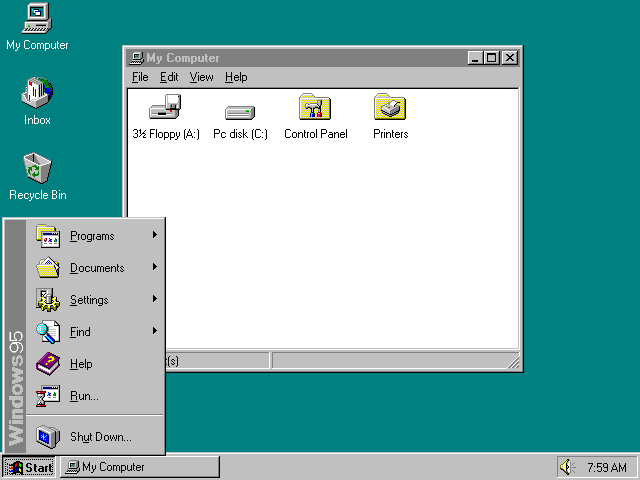 Windows 95 was intended to integrate Microsoft's formerly separate MS-DOS and Windows products and includes an enhanced version of DOS, often referred to as MS-DOS 7.0. It featured significant improvements over its predecessor, Windows 3.1, most visibly in the graphical user interface (GUI). There were also major changes made at lower levels of the operating system.

In the marketplace, Windows 95 was a major success, and within a year or two of its release had become the most successful operating system ever produced. It also had the effect of driving other major players in the DOS-compatible operating system out of business, something which would later be used in court against Microsoft.

2006
Pluto Declassified as a Planet

In 2006, Pluto was declassified as a planet by the International Astronomical Union (IAU) following a vote at their 10-day General Assembly in Prague. It was given status instead as a "dwarf planet."

An IAU resolution created an official definition for the term "planet". According to this resolution, there are three main conditions for an object to be considered a 'planet':
Pluto fails to meet the third condition, since its mass was only 0.07 times that of the mass of the other objects in its orbit (Earth's mass, by contrast, is 1.7 million times the remaining mass in its own orbit). The IAU further resolved that Pluto be classified in the simultaneously created dwarf planet category, and that it act as the prototype for the plutoid category of trans-Neptunian objects, in which it would be separately, but concurrently, classified. 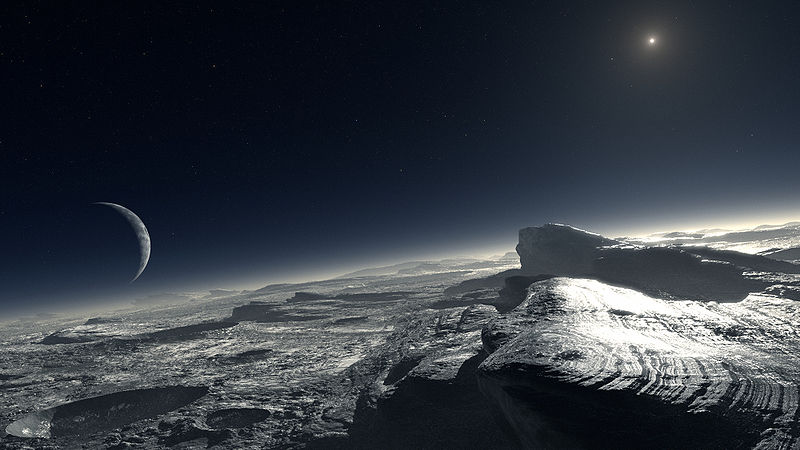 Another result of the Pluto declassification was the birth of a new term. The verb "to pluto" (past participle: "plutoed") was coined in the aftermath of its transition. In January 2007, the American Dialect Society chose "plutoed" as its 2006 Word of the Year, defining "to pluto" as "to demote or devalue someone or something."

And the answer to today’s quiz?

George "Speck" Crum was the African / Native American head chef of Moon's Lake House, a resort in Saratoga Springs, New York. On August 24, 1853, a customer (rumored to be railroad magnate Commodore Cornelius Vanderbilt) complained that Crum's french fries were "too thick." The angered cook was frustrated by this remark, so he decided to give the maximal opposite of what the client was complaining about: he sliced potatoes paper-thin, over fried them to a crisp and seasoned them with an excess of salt. When the crisps were prepared, he gave them to the customer, who loved them. The chips became popular, and became known as Saratoga Chips. Crum was able to open his own restaurant with the profits he made selling his new crisps. They remained a local delicacy until the Prohibition era, when an enterprising salesman named Herman Lay popularized the product throughout the Southeast United States.

The popular treat today is of course known as… the potato chip. 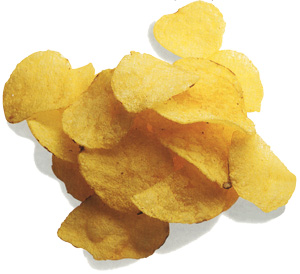