Akshit Kumar
DISCLAIMER: This blog is neither a letter by a child to his parents nor a path to become a scientist (simply because there doesn’t exist one…....or maybe there exist infinite ways of equal probability). It is just a description of the present scenario in India and other countries concerning science as a career. Also, the text may bear resemblance to the blogger’s life…. 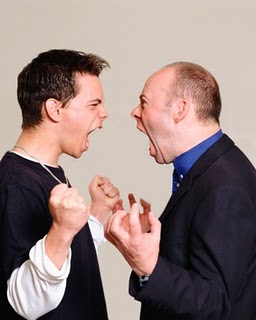 A typical Indian middle class dining room with a dining table that can seat 6 at a time. The kitchen is a few feet away and the walls are decorated with a couple of paintings. Seated at the table are three people – an austere father with graying sideburns and an even grayer ‘Don’t you dare joke at this time’ look, a doting mother with a serious look that doesn’t suit her and a habit of repeatedly going to the kitchen to see something she is cooking and a morose looking boy in his late teens having a ‘I know what’s coming next but I don’t know how to react’ expression. He is trying not to respond to the beckoning calls of the wafts of delicious smell coming from the kitchen.

Dad:- (trying to say coolly and failing miserably) So, Son, have you thought what to do with your career??? Not that it should be a problem since you are an IITian. (smiles proudly).

Son:- (trying not to sound too angry) Its pulp and paper technology and I have already told you that I am not interested in it.

Dad:- (Perhaps noticing his son’s not so latent anger) That is shown by your marks. So, you don’t have to tell me.(waits for his son’s face to go red)

Son:- Yeah, Dad and that’s because I never said I wanted to become an engineer and it was only a year before that I realized that the paper I used is manufactured in industries…

Dad:- So, what do you want to become then(stress)?

Mom is the first to start giggling. Dad is still trying to push the thought down his oesophagus.

Dad:- The same way you wanted to become a doctor in class 9 and ended up in IIT three years later, right???

Son:- (not missing his Dad’s poor attempt at sarcasm) No, its not like that. I’ve wanted to be a physicist since I was in 11th and that’s the time when for the first time in life, I was not under Mom’s or your influence….(realizes he has said a very wrong thing…)

Dad:- (dismissively) Chhhhaaaa…. (turns to his wife) Physicist banega yeh….ha.. (to his son) You don’t even score well in physics. Your Maths is better.

Son:- (who has had enough of ha’s and chhhaaa’s) You have to have an upper hand in Maths to understand the true nature of physics..(pauses to see if his father is impressed by his dialogue…he isn’t..). And, I never scored in physics because I never read the course material.

Mom:- (coming out of the kitchen, rubbing her hands on the apron) Beta , these scientists have no family life. They are always stuck up in labs.

Son:- (his parents were the last persons he wanted to discuss his future family with) Mom, Dad, I am neither dyslexic nor schizophrenic. (again pauses to see whether his parents are impressed with the words…they aren’t..) Common people (Dad raises one of his eyebrows) have this stereotype for scientists that they are abnormal (Mom shakes her head) and stuck up in labs and frustrated and too much overworked--freaks is the word for them. On the contrary, 99% of the scientists have a normal life, better than the rest in fact, because of the respect they get. It’s just because they are cleverer and more knowledgeable than the rest that they earn the ire from the jealous crowd.

Mom:- What about the package? Scientists live from hand to mouth, don’t they?

Son:- (exasperated, he knew the question would come, sooner or later) Ever heard of a Dr. APJ Abdul Kalam, Mom?? Would you call him a beggar? (and before his Mom says something about the former President being a bachelor at 79) The salary is very good. Better than what I’ll get in any paper company (choses not to mention the American and German paper companies with annual turnovers crossing billions of dollars).

Dad:- (with a gleam in his eye that says I’ve got you cornered) Ok, Ok. So, you want to become a scientist, huh? Why did you chose IIT then?

Son:- (trying not to say Because you wanted me to) Because I thought IIT was a great platform to start the work I want to do. But when it was clear that I am not going to get anything better than Pulp and Paper, I told you I wanted Physics in IIST but you and Mom wanted that tag name. You wanted me in IIT, partly because of the awe it will create among the people you know and partly because it’s a common belief that IITians have salaries in 7 figures.

Heavy silence for a few minutes.

Dad:- Ok, most people give CAT also. Do you know about it?

Dad:- Ok. So, what will you do to become a scientist?

Son:- (caught off guard by the direct question but also glad that the conversation was on safer ground now) After my B.Tech, I will pursue a M.S. in physics in some reputed university abroad. For that I have to give GRE…and TOEFL will be an added bonus. I consulted a counsellor on the internet. According to him, I should give GRE during my final year and TOEFL six months later.

Dad:- So, will you need coaching for these exams in your final year?

At this point, a girl in early twenties enters the dining room. She has the look of a book-friendly person-bespectacled et al.

(With a twinkle in her eyes and an expression saying LOL) “Bro, did I hear correct? You going abroad? For studies? When are you leaving? Tomorrow? Or day after?

Son:- (chosing to ignore his sister’s comment and answering his father instead) No, I’ve already started its preparation. A particular cut off is needed for a scholarship, which is obviously necessary for studies abroad. Depends on the university too.

(drowning his sister’s “OOH!! Scholarship..”) As for TOEFL, I’ll most probably need coaching which is easy to get in Delhi and Chandigarh.

Dad:- So, you have got it all planned out, huh? Good. Work hard to achieve your dreams. I want to see you on the top of the world. What I couldn’t do, I want my son to do it.

Son:- Yeah, I will, Dad. (noticing that 2 hours have gone without any result. Or maybe, there was a result and he failed to notice it)……. 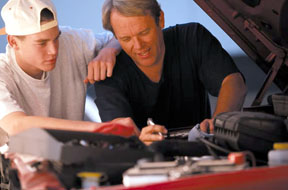 Scene:- A modern dining room of a typical American apartment with an attached modular kitchen having an electronic chimney. Seated at the dining table are a pleasant faced “I leave my work at office” kind of man and a son having the aura of excelling at sports as well as academics at school.

Son:- Dad, I want to pursue a career in science. I always top in Mathematics in school. So, most probably, I will get the Thomson Scholarship at Princeton. There, I will pursue a Masters in physics and then do my Ph.D at MIT or Caltech. My friends are going to Yale or Harvard.

Dad:- (with a genuine smile) Very Good, Son. I know you will do me proud.
Son:- Bye, Dad. Mike’s calling me for a soccer match. See you in the evening.

EPILOGUE:- If a decision to become a scientist takes 2 hours to be taken in India and less than a minute or so in other countries, is it a surprise that a country with the second largest population (soon to be the largest) has an infinitesimally low yield of scientists? No, it isn’t. A scientist per generation or two is a shameful blot on India. I urge my fellow Gen-X guys to pave their future in science if they have an inclination towards it. Dig out your desires from the deepest of your heart and work so hard to fulfil it as if it’s the last thing you’ll ever do(which is probably true)….. Enter this world before the Last Law ever is discovered…….and The Gates close down forever….Enter the World, fellow countrymen…The Nobel Awaits you………… 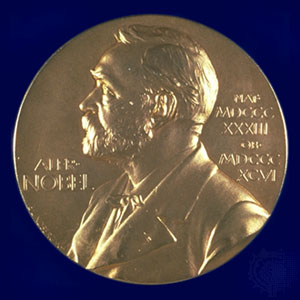