Over the past few weeks there have a been a series of reports raising concerns about the felling of old-growth trees in the ancient Bialowiezça forest in eastern Poland. A recent piece in the Guardian begins

Europe’s last primeval forest is facing what campaigners call its last stand as loggers prepare to start clear-cutting trees, following the dismissal of dozens of scientists and conservation experts opposed to the plan.

and goes onto blame Poland's "far right" government for cashing in from logging operations, and ruthlessly purging the state council for nature conservancy of environmentalists,  replacing them with officials connected to the forestry industry. Greenpeace are considering direct action, and the WWF and others have lodged a complaint with the European commission over the proposed "illegal" logging, and various petitions have been run to oppose the governments' intervention. 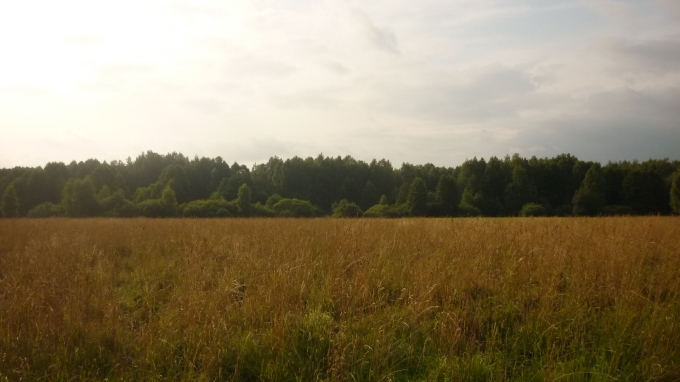 
Bialowiezça forest covers approximately 143,000ha split between Poland and Belarus, the larger part of some 80,000 ha in Belarus.  About 10,000ha -1/6th- of the Polish side falls under the stricter regulation of National Park status, originally designated in 1932.

Ostensibly, the logging is an attempt to slow the spread of the latest bark beetle outbreak, affecting more than a million trees in Bialowiezça. In some respects the conflict can be seen as being between differing management approaches, but on deeper examination cuts to the heart of similar conflicts surrounding environmentalism where Nature is placed above the needs of people.

While the foresters prefer an active approach of sanitation felling, removing whole sections of affected trees to prevent further spread of infection, conservation organisations- and many ecologists- prefer an adaptive strategy of  letting nature take its course, more in keeping with the designation of the Puszcza as one of Europe's last primeval, untouched wildernesses. The foresters are accused of being concerned only for profit, while the environmentalists are slated for having no concern for the needs of the local community- which has traditionally foraged firewood, fungi and more from the forest- and placing a reified version of "pristine Nature" above the needs of ordinary people.

There is certainly good reason to consider adaptive approaches. Bark beetle outbreaks can be so devastating over such a wide area that anything other than hoping for natural adaptation may be unfeasible.  Genetic resistance will show up in the few surviving trees, and the forest will take on a more clumpy patchwork and diverse structure, leaving it less open to future attacks (Six, 2014). In the medium term however, the transformation of the landscape with over 90% of mature trees dead is likely to be devastating.

Despite Bialowiezça being widely valued as "primeval" forest, nearly all of it has been managed to some extent for centuries, and since the mid-19th century, with the exception of the inner core of the National Park, much of it has in fact been logged on a number of occasions: by the Germans in World War 1, the Polish administration in the years after the war; by the British Century corporation in the late 1920s, the State forestry service and then the Soviets in the early years of WW 2 (Szujecki). Ironically perhaps, it was the Germans in WW2 who made the first serious move for stricter conservation controls, putting an end to the logging and driving thousands of Bellarussian farmers out of their forest villagers in order to keep the forest for their own hunting-  in keeping with the more esoteric and ecological strand of thinking that ran through Nazism and which valued the purity of Nature over the needs of people  (Biehl and Staudenmaier 1995)- and which has left a legacy of misanthropy running through the darker side of the conservation movement today.

Most of the forest- 84% - is outside of the national park and not subject to its strict hands-off regulations- and it is here that the proposed felling will take place. Although the new felling does represent a tripling of the existing quota, this is still less than historic amounts, and will not be in previously unmanaged protected inner core,  representing perhaps just 1-2% of the total forest area.

Polish foresters argue that the current beetle attack is not only far larger than previous ones- perhaps exacerbated by climate change leading to greater water stress on the trees- but that it is also attacking younger trees which would usually be expected to be more resilient, and is spreading to other species including pines and larch. Moreover, the current outbreak is a result of stricter conservation policies that were introduced to much of the greater forest area in 2012, prohibiting the more frequent, smaller judicious sanitation felling that was part of a general beetle control program up until then. As a result, the infestation has spread to a much greater area, threatening the whole forest.

This has parallels with fire management in Yellowstone National Park. In the early days of the park, fires were suppressed, leading to a build-up of litter on the forest floor. Eventually a much greater conflagration would occur with devastating results (Bengtsson et al 2003). Since then, practice has changed to allow non-man-made fires to run their course. In this way, small, periodic disturbances can lead to greater forest resilience.

The Myth of the Primeval Forest

Such disputes over management practices in the Puszcza are by no means new, but in fact seem to recur as periodically as the beetle outbreaks. Franklin (2002) argues that Bialowiezça has suffered for the cause of "crisis environmentalism" whereby policies are promoted under the guise of emergency legislation. The ancient, so-called "primeval" and supposedly pristine forest- an untouchable jewel of natural perfection - is portrayed as being under threat of imminent destruction by greedy foresters, when in fact the forest has always been used by the local communities for meeting their immediate needs and gaining livelihoods (Marris 2013). This practice can be traced to a sensationalised newspaper article of 1992 (Franklin 2002) claiming the forest was dying, leading to demonstrations by Greenpeace and US Deep Ecology groups demanding higher protection status for the forest. Today's social media outcry, with petitions and threats of direct action, reads very much like a re-run of these earlier events.

As with other ex-Soviet nations (Schwartz 2005), these conservation conflicts in Eastern Poland have also been tied up with a search for national identity and a shifting of attention away from other areas of environmental concern- such as industrial pollution- to appease the sensibilities of Western conservation interests and ideologies. It has been in the Polish States interest to play up the "pristine" image of Bialowiezça, at least when the national park was first established, so much so that carefully crafted propaganda films were made editing out any sign of human influence.

Eventually, moves towards significant enlargement of the protected area met up with local opposition concerned at the removal of their forest rights by outside environmental organisations. A protest in March 2000 by a consortium of foresters, local councilors and Bellorussian groups put and end, for the time being, to the myth of the pristine forest with no people.

Where does the truth now lie? Possibly as is often the case somewhere in the middle: in the past, over-zealous conservation movements, muscling in from outside with lack of consultation with local communities and without fully understanding the politics of the region, created a backlash which may now be being exploited by some interests eager to exploit disaffection with outside interference in order to make a quick buck. It is hard to know more without being much closer to the ground there. The Bialowiezça forest does have unique biodiversity value, but leaving it entirely to nature with no management at all will not guarantee the best outcome for biodiversity; at the same time, local concerns about loss of employment and access to forest resources need to be considered if successful conservation is to be achieved (Blicharska and Angelstam, 2010).

The dispute over management practices will no doubt continue, perhaps for as long as the forest stays standing- and there is no reason it will disappear for many centuries yet, whatever happens. While it could be argued that leaving the trees to the fate of the bark beetle is the best course of action, that would be likely to change the  nature of the forest for a very long time. In place of the giant hundred-year-old spruce trees there would likely emerge instead extensive patches of willow and alder. The dark, mysterious atmosphere and sense of timelessness that a visit to the forest currently evokes may be lost, and while the forest will still be there, its image as one of the last refuges of pristine wilderness be tarnished for good. 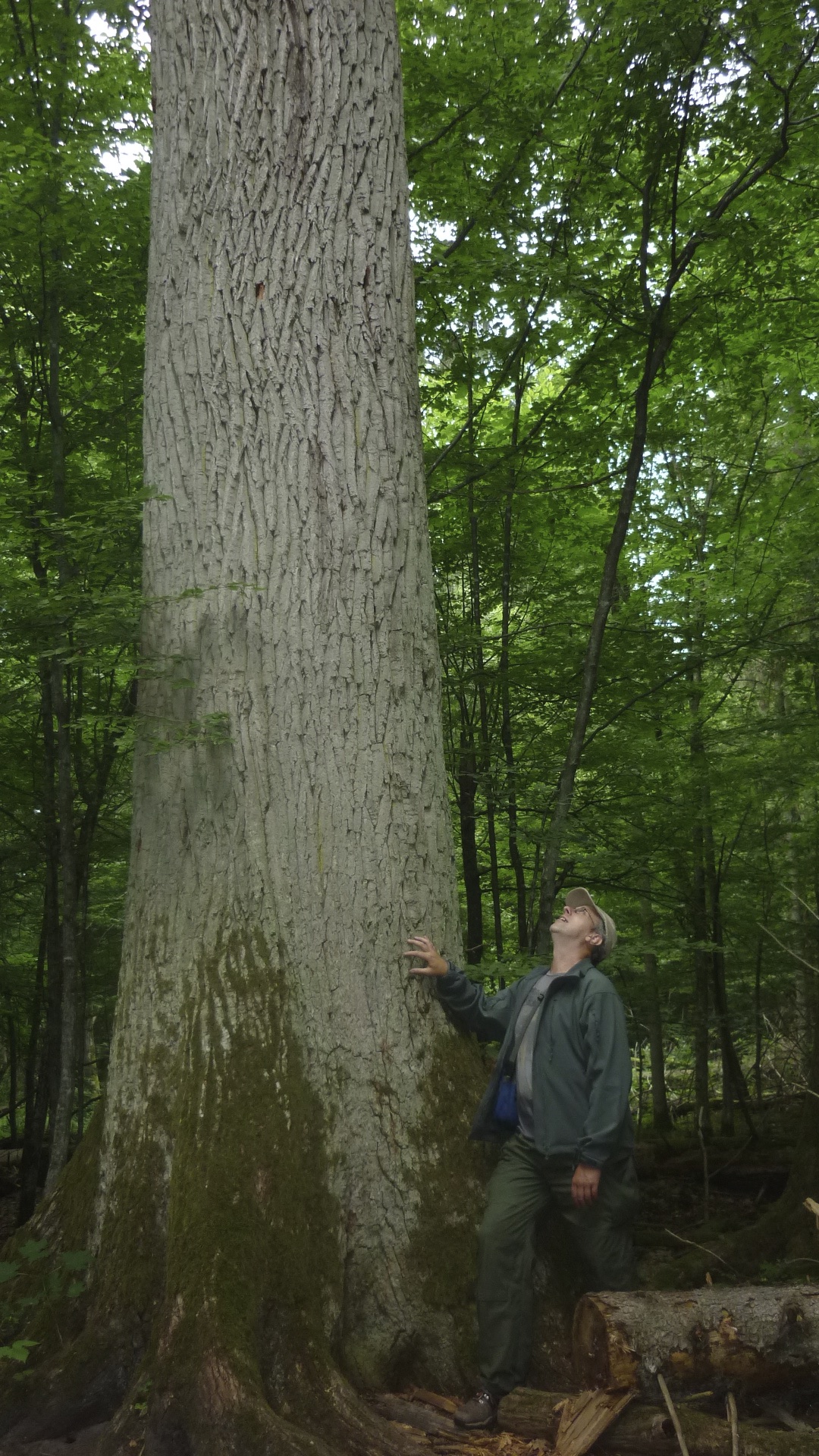 Szujecki, A. The Bialowieza Primeval Forest- Conflicts over its Conservation and Managment
Białystok Regional Directorate of the State Forests NFH

Skepteco
More Articles All Articles
About