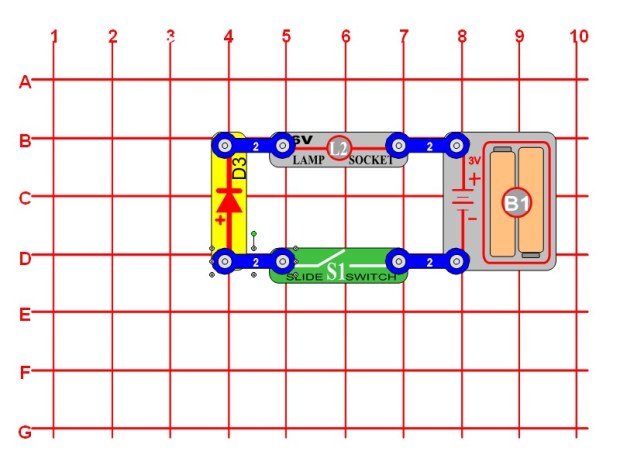 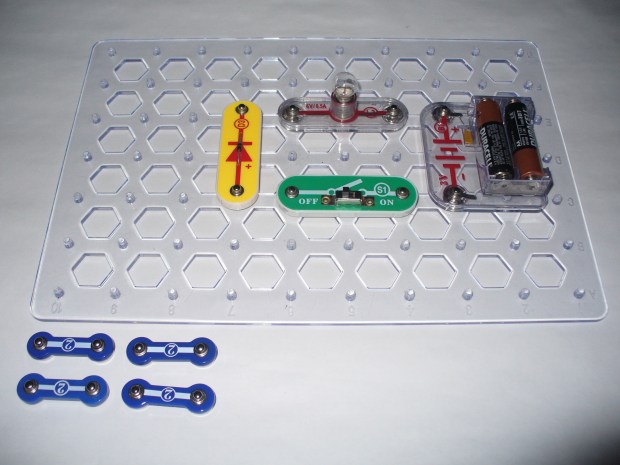 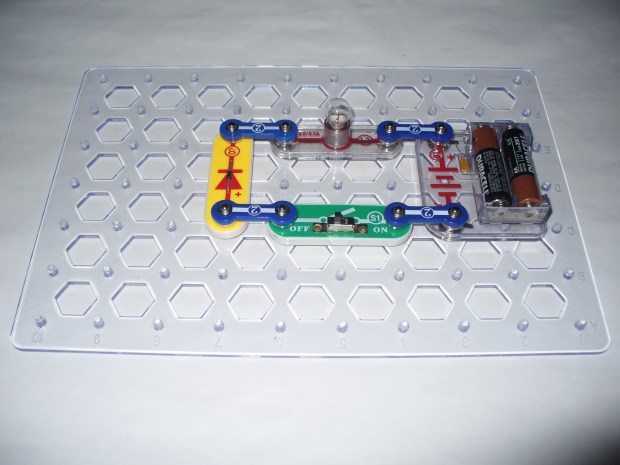 When you switch the circuit on you can think of it as current flowing from the positive side of the battery (marked with a "+" sign) to ground (marked with a "-" sign) and you can think of the flow of current as kinetic energy that can be used to do useful work such as light up an incandescent bulb.(1) So, when you switch the circuit on, why doesn't the light bulb light up? Because the diode is blocking the flow of electricity.

Switch the circuit off and change the diode from the reverse direction to the forward direction. 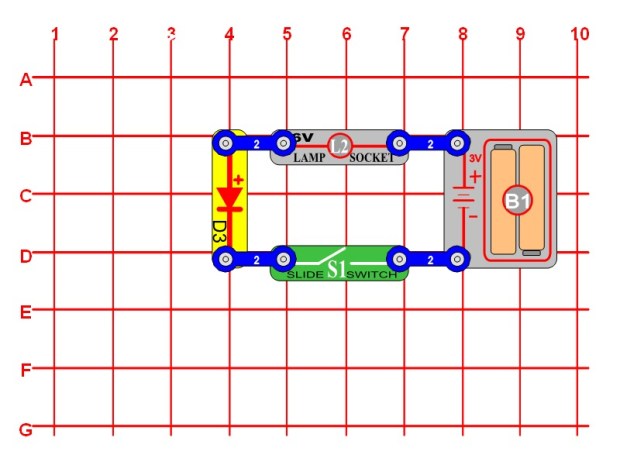 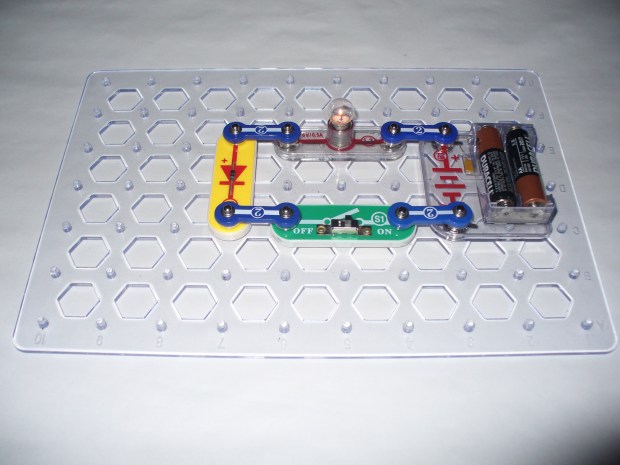 Switch the circuit on and the light bulb lights up. Now the diode is no longer blocking the flow of electricity and current can flow from the positive (+) terminal on the battery through the circuit to ground (-).

Now let's take a look at the Light Emitting Diode (LED). The light emitting diode functions much the same as an ordinary diode, but also lights up when enough current is flowing through it in the forward direction (forward-biased). LEDs are often used in electronic devices to indicate that the device is switched on, but they can serve many practical purposes. 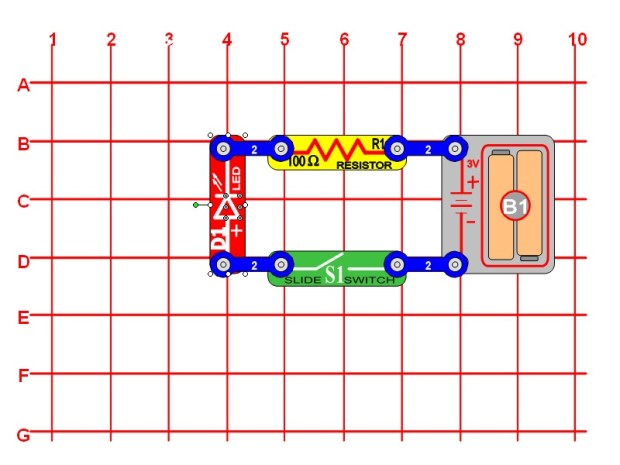 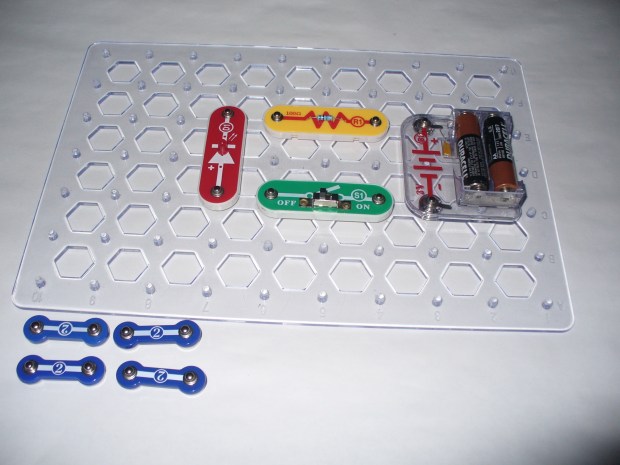 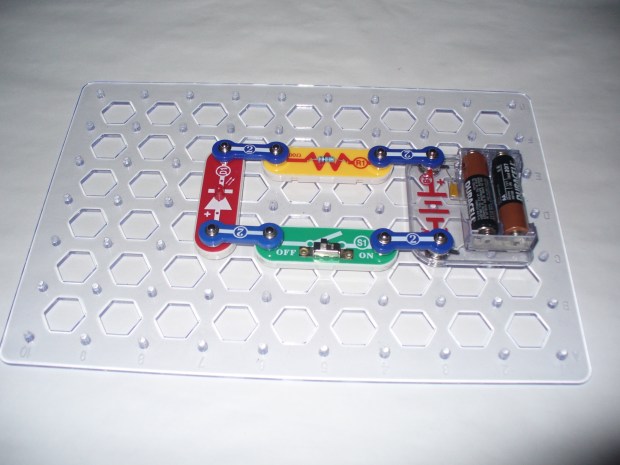 When you switch the circuit on...nothing happens. Why doesn't the light LED light up? Because the LED is reversed and blocking the flow of electricity.

Switch the circuit off and turn the LED around. 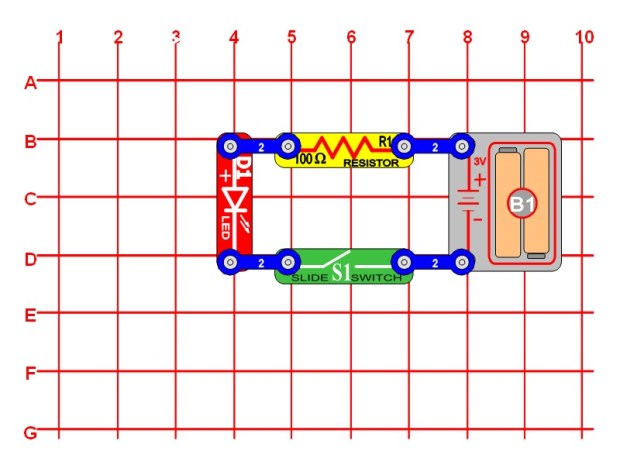 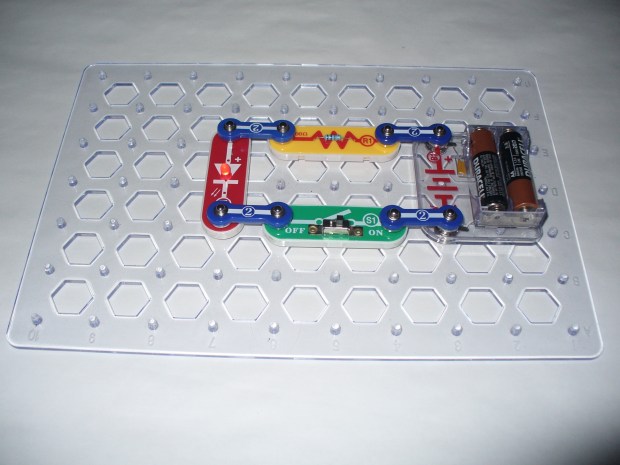 Now you can switch the circuit on and with the LED in the forward-biased direction, it lights up.

1. You can thank Ben Franklin for a bit of confusion that often arises regarding electron flow and current flow. Franklin studied electricity before the discovery of the electron and simply had to guess—and he guessed wrong—so, current flow is backwards. Electrons have negative charges and flow in the opposite direction of current.