Doug Sweetser
My 20+ year tradition of a physics inspired holiday card continues.  My friends like them, even if they are not understood :-) 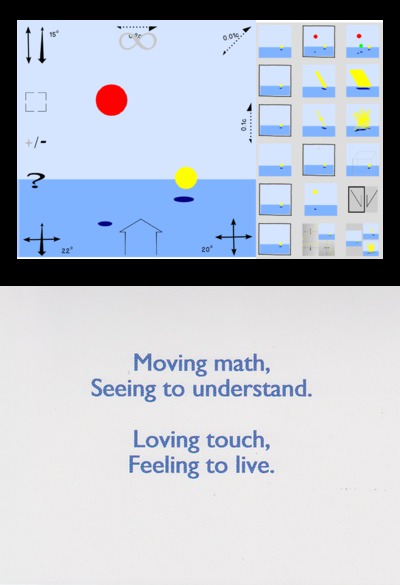 Hello, hello:
The card features a mockup of software I am writing to animate math in time and space for phones and the web. Visuals physics is a mission to provide images of any equation in physics. Equations in classical physics are part of the fun in video games like Angry Birds.  Quantum mechanics is hostile to representations for the eyes.  Quantum field theory - quantum mechanics on speed - is unreachable for all but the most highly trained in the obscure arts of mathematical physics. My dream is to write an app that lets people play with hard math. Buttons without equations create multiple points, strings, and membranes in motion. I have never created such an app. There is much learning going on. A long series of hurdles remains but a few have been cleared like creating a mockup suitable for a Christmas card.
The GEM Unification effort has been officially rescinded. It does not conserve angular momentum, a deal killer. The marriage between quaternions and hypercomplex numbers has ended in divorce. Gravity remains a law of universal love. I will ponder on ways to pick out a one-sided relationship from the quaternion group Q8.

...and then some personal stuff I will skip. I sent out about 60 of them.


Good luck in your studies for the new year,
Doug