An accident report published April 11 2014 by the AAIB - the UK's Air Accidents Investigation Branch - reveals that on August 17 2012 a large number of serious electrical faults occurred after an engine failure in Boeing 747-4H6  9M-MPL.

Significant vibration was noted on the No 2 engine during departure from London Heathrow Airport. The engine subsequently failed and was shut down by the crew who elected to jettison fuel and return to Heathrow Airport. During the approach for a planned autoland, all three autopilots disengaged, the cockpit displays and lights flickered and a series of fault messages were displayed. The resulting electrical failures culminated in a loss of power to one of the electrical AC buses, and many of the systems powered by this bus were lost or degraded. The commander continued the approach, manually flying the aircraft to a safe landing.

The investigation determined the flickering cockpit displays and lights resulted from a series of failures within the aircraft electrical system, primarily caused by a latent mechanical failure in a Bus Tie Breaker. The effect of this latent failure only became apparent when the aircraft electrical system automatically reconfigured for the planned autoland. One Safety Recommendation has been made.
Download report:

Following a safe landing and after passenger disembarkation 9M-MPL remained under electrical power from a ground unit.  This meant that the CVR continued to operate normally.  Unfortunately, because the CVR operates in a loop-around record mode and was not switched off, data which might have added to the quality of the subsequent investigation was over-written.

Some media outlets have chosen to frame this incident in terms of implying fault on the part of Malaysia Airlines, e.g. that MA "lost" the black box.  They have thus missed the key factor - systems using electromechanical logic failed due to problems with contacts.  People looking for information have a clear choice: join the media circus and Kick Malaysia Airlines while it is down or check the facts.  Here at Science 2.0 we prefer facts.

MH370 may have been lost due to electrical failures - as I suggested in a recent article.  The contact failures in 9M-MPL would seem to support that suggestion.  Although there are major differences in the AC and DC systems as between the 747 and 777, both planes use electromechanical logic. 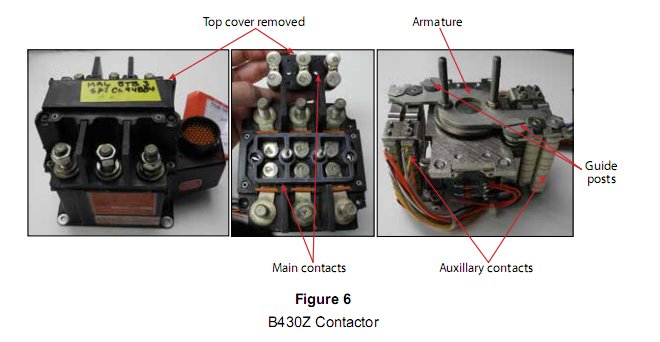 In the reports on burned out contactors mentioned in my earlier article it was noted that multiple fault conditions were reported by the monitoring systems.  Notably, in the case of N786UA, alarm messages were generated falsely indicating a fire in each engine.

The electrical faults on 9M-MPL were traced to, among other things, a loose nut.

The AC faults caused the loss of all three autopilots on this 747 at a crucial stage.  This is unlikely to happen with a 777 because it has triple-triple redundancy with flight control computers powered independently by DC.

Lessons to be learned

The history of accident investigation in the sphere of aviation reveals many accidents to have been caused by an initial failure of an electrical component.  The classic extreme case was the loss of Flight 401 following the failure of a filament lamp in an indicator.  Of course the lamp failure did not cause the loss of the plane.  However, the knowledge that a chain of errors began with an indicator failure allowed aviation professionals to take steps to prevent a recurrence of such a disaster from the same initial event.

Strange to tell, the DC-10 cargo door problem can also be put down to electrical failures.  Under-powered electric motors could fail to force the locking mechanism to its safe configuration and the electromechanical device which could have warned of a locking failure was insensitive to locking mechanism positioning errors.

Electrical components are a vital part of aircraft systems.  Auto mechanics who have worked with ignition contacts and with starter contactors will know that dirty or welded contacts can cause malfunctions.  What is merely a nuisance on the road can be catastrophic in the air.  When a voltage is applied across two metals in contact the result depends on the resistance and the contact pressure.  The Goldilocks principle applies.  Too little pressure results in heat from arcing; too much pressure re-invents the resistance welder.  Just right is cool.

Whenever an electrical failure of any kind is detected in any kind of aircraft it should be published promptly and free of charge for all in the aviation industry to increase their knowledge and reduce the chance of accident.

Non-reporting of a seemingly trivial electrical fault should not be an option.

Classification of a major electrical failure as not being a flight safety issue should not be an option - especially when, as in the case of N786UA the root cause of the failure has not been determined.