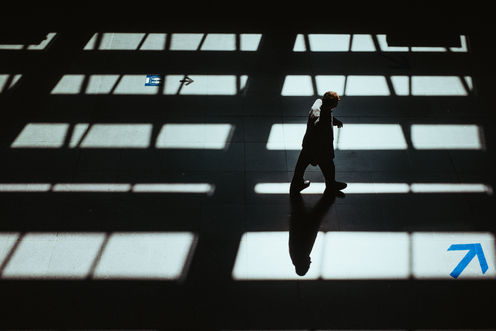 For many men, the down sides of PSA testing outweigh the benefits. Gerald Streiter/Flickr, CC BY-NC

Cancer Council Australia and the Prostate Cancer Foundation of Australia yesterday released new draft guidelines to help GPs counsel men who ask about prostate cancer tests. They advise GPs to explain the pros and cons of testing and, if the man wants to proceed, to give him a prostate specific antigen (PSA) blood test every two years between the ages of 50 to 69.

Over the past few decades public health messages have drummed into us that early detection and treatment of diseases are key to good outcomes. Add to this the celebrity testimonials for prostate tests and non-celebrities who tell us their PSA test “saved their life” and it’s easy to see why men think the tests are beneficial.

While some prostate cancers are harmful and require treatment, many are not. So the prevailing wisdom – that early detection and treatment is best – doesn’t necessarily apply. At least 70% of men over 70 have prostate cancer detected in autopsies, and only 3% of men die because of prostate cancer.

I’m a 60-year-old male oncologist who has practiced full-time for 36 years. Having “skin in the game” I’ve followed the testing debate closely since PSA was first used for screening in the early 1990s.

Based on the evidence, if I was asymptomatic, I would not choose to have PSA test.

1. PSA is a poor testing tool

Prostate specific antigen (PSA) is an enzyme secreted in large amounts by normal as well as cancerous prostate cells. Only small amounts of PSA leak into circulation from a normal prostate, but this increases with any prostatic disease, benign or malignant.

An elevated PSA very often does not indicate cancer. Just one in four men with a positive PSA test will have prostate cancer.

The point of a cancer screening test is that it can reliably detect lesions that, if removed, will reduce the chances of that patient later developing a life-threatening cancer.

This is certainly true for polyps and bowel cancer screening. It is also powerfully true for precancerous lesions of the cervix and cervical cancer. It is somewhat true for mammography and precancerous or early invasive breast lesions.

It is not at all true for prostate cancer screening. In the majority of cases, prostate cancer behaves more like an indolent condition and does not pose any threat to the patient’s natural life span. This proportion of men dying of other causes continues to increase in the PSA era.

The only prostate screening study showing an advantage for screening has very serious flaws, which have also been noted by the head of the American Cancer Society Professor Otis Brawley and Professor Richard Ablin, who discovered the prostate specific antigen in the 1970s.

The only study comparing radical surgery with no treatment found equivalent outcomes.

Among men with localized prostate cancer detected during the early era of PSA testing, radical prostatectomy did not significantly reduce all-cause or prostate-cancer mortality, as compared with observation, through at least 12 years of follow-up. Absolute differences were less than three percentage points.

4. Detection and treatment comes with side effects

One in six men will be diagnosed with prostate cancer during his lifetime. Their lives will be profoundly changed by this cancer diagnosis, whether or not they proceed with treatment.

I do not want the anxiety, depression and relationship changes that follow diagnosis, radical surgery, active surveillance or any regular monitoring.

I do not want to be impotent, which is very likely after radical treatment, or have urinary incontinence.

Even before treatment commences, after an abnormal PSA result, men are referred for a prostate biopsy: a surgical procedure that, even though it can indicate cancer, cannot give reliable information about how that cancer will behave.

I do not want the 1-2% risk of life-threatening infections caused by prostate biopsies.

I’m happy to take active positive steps to improve my health where it is proven that the benefits of the intervention outweigh the costs. But I’m not prepared to have my life ruled by a regular blood test like PSA that has no advantage.

Ian Haines is Adjunct Clinical Associate Professor&Senior Medical Oncologist and Palliative Care Physician at Monash University. Disclosure Statement: As a consultant oncologist, Ian Haines sees men in paid consultations who want second opinions about how to proceed with their PSA or biopsy results.