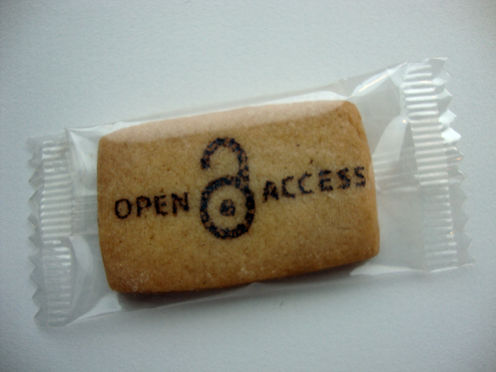 Access to research is limited worldwide by the high cost of subscription journals, which force readers to pay for their content.

The use of scientific research in new studies, educational material and news is often restricted by these publishers, who require authors to sign over their rights and then control what is done with the published work. In response, a movement that would allow free access to information and no restrictions on reuse – termed open access – is growing.

Some universities and funding organizations, including those administered by governments, now mandate open access, recognising its potential to increase the impact of research paid for by public money. The United Nations is considering the importance of open access to ensure the “right to enjoy the benefits of scientific progress and its applications”.

The American Association for the Advancement of Science (AAAS), which is the largest scholarly society in the world, has recently launched a new open-access journal. But its approach is at odds with that of other major open-access publishers and could impair the goals of the movement.

The journal Science Advances, to be launched in February by the AAAS, plans to publish articles under a license that would prevent commercial reuses by default. This includes publication on some educational blogs and incorporation into educational material, as well as reuse by small-medium enterprises. By definition, this is not open access. AAAS will give authors the option to publish their work under a fully open license, but will levy a US $1,000 surcharge on top of the US$3,000 base publication fee. A reason for this surcharge was not given.

Science Advances is going to be an online-only journal, but AAAS will also charge authors US$1,500 more to publish articles that are more than ten pages long. They believe editorial services are enough justification for this charge, but there is no calculation to support this claim. They reason this limit is also necessary due to concerns about brevity and writing quality. However, these issues can be addressed during peer review – a process by which scientists judge other scientists’ work as objectively as possible and which is done at little to no cost to the journal.

Some scientists worry that a page-limit surcharge could lead to the omission of details necessary for replicating experiments, a core tenet of scientific research. Leading open-access journals from publishers such as PLOS and BioMedCentral offer unlimited page lengths at no additional cost.

A comparison shows that fees to be charged by Science Advances are among the highest in the publishing industry. AAAS says it is fully committed to open-access publishing, but an examination of its recent actions are cause for concern.

In October, AAAS’s journal Science published a “study”, claiming systemic problems with peer review at open-access journals. But it was severely criticized for its flaws.

In June, AAAS wrote a letter to Farina Shaheed, Special Rapporteur in the field of cultural rights at the United Nations. Shaheed is preparing a report on open access for the UN Human Rights Council. AAAS expressed reservations about open access, calling the movement “young”, the approaches “experimental”, and encouraging Shaheed not to ignore the potential benefits of the reader-pays publishing model.

In August, AAAS announced that Kent Anderson has been appointed as publisher of the Science journals and will oversee the launch of Science Advances. The choice of Anderson, a vocal skeptic of open-access publishing, was criticized by academics.

Concerns about AAAS’s approach to open-access publishing recently led more than 100 scientists, including us, to sign an open letter to them providing recommendations to improve Science Advances. AAAS have not responded formally to the open letter, choosing instead to publish a FAQ which makes no changes to their policies.

Some of Science Advances’s potential competitors have unfortunately taken a similar approach to open access. Nature Publishing Group (NPG) levies a US $400 surcharge for publishing under a fully open license in its journal, Nature Communications. The Society for Neuroscience will do the same, with a US $500 surcharge for open licensing in its new journal, eNeuro. The American Chemical Society charges US $1000 for upgrading to an open license. In contrast, leading open-access publishers such as PLOS and BioMedCentral offer open licensing as standard for no additional cost.

It is unfortunate that AAAS and others have chosen not to fully embrace open access and maximize the impact of publicly funded research. These are missed opportunities for the world’s largest general scientific society to lead the way in increasing worldwide access to information.