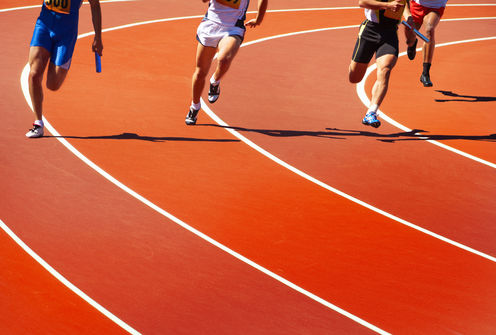 Despite the glitz and glory of Usain Bolt’s comeback victories and Jessica Ennis-Hill’s heptathlon triumph at the World Championships, 2015 is shaping up as quite the annus horribilis for athletics.

Recent revelations about doping in past athletics competitions have cast a long shadow over the competition. Doping experts Michael Ashenden and Robin Parisotto have evaluated leaked IAAF blood value data, and declared that around of third of medals were won by athletes with suspicious values world championships and Olympics between 2001 and 2012.

A confidential survey of athletes, which the IAAF, athletics’ governing body, reportedly tried to silence (an allegation which the IAAF has publicly denied) found that athletes self-reported at around the same level. New tests on 2005 and 2007 samples found positive tests for 28 athletes who had previously passed controls.

This comes on top of allegations around Mo Farah’s training coach being involved in doping, though Farah himself is not accused of any wrongdoing and has said that he would definitely leave his coach if these allegations are ever proved. Doping is tipped to be the key issue for newly elected Sebastian Coe’s term as president of the IAAF. It is clear that zero-tolerance towards drugs isn’t working. It is not stopping people from cheating. It is not providing assurances to the public that good performances are clean. Even the data we have now is likely to underestimate the problem. “Non suspicious” blood data does not prove that no doping technique has been used, only that it did not exceed a certain range, or vary beyond a certain degree.

The career and livelihood of an athlete depends on winning. There are enormous rewards for winners and not much out there for anyone else. And set against that pressure in favor of doping, there is very little chance of getting caught (one estimate is 2% of tested athletes). Psychologists have shown that the lower the risk of being caught, the greater the number of cheats. The greater the number of perceived cheats, the more likely people are to join them.

Unless the likelihood of getting caught is radically increased, or the benefit in cheating is radically reduced, there seems to be little chance of a serious reduction in doping.

We could increase the testing to a level where the odds of getting caught are higher. It would help, but would not catch everyone. For example, homogenous blood transfusions and other common methods of doping are undetectable at present. Blood passports have been thought to both limit the extent of doping, and to make it easier to dope – by providing a set of limits to work to. Mark Daly, an investigative journalist, describes how he “passed” the biological passport system while using EPO.

Alternatively, we could reduce the rewards, perhaps returning to a genuine amateur model. But that would reduce the spectacle. It’s also wishful thinking.

In the absence of either of these measures, the system is unfair, and risks ruining the spectacle of sport. Knowing that athletes may be doping, but being unable to identify whom, an excellent performance has now become grounds for suspicion, to the extent of that cyclist Chris Froome and his team suffered physical violence at the Tour de France, purely on the basis of their success. Froome was spat at and even had urine thrown at him by hostile spectators who suspected the Sky team was doping. EPA/KimLudbrook

Those athletes who are clean face a significantly doped field, and a climate of denial. They face a perverse dilemma: they must choose to either live with the disadvantage and accept the probable financial losses as a result, or to join the cheaters.

If they do that, they face the risk of complete ruin as a scapegoat if they are caught. US runner Justin Gatlin, for example, has complained that previous doping bans have led to biased and unfair coverage of his performances.

It is not as though sport is somehow bereft of human struggle or magnificence. The only thing that is bad about sport today is that some athletes are getting a small advantage that others aren’t, and people are regularly getting tossed out or brought under a cloud by rules that are unfit for purpose.

Unless and until our ability to test for drugs is radically enhanced, we should allow what I call physiological doping. That is, setting safe limits for physiological values such as testosterone levels, and hematocrit – a measure of the number of red blood cells in a person’s blood. Testing then focuses not on how those levels were achieved, but on whether they are safe. Absent harm, artificially raising hematocrit through an altitude tent is not morally better than the same effect with EPO.

We might decide certain drugs or methods are too unsafe to use, or in themselves damage the spirit of the sport, that is, that they significantly reduce the human contribution to outcome or performance. In that case, we would need to test for those drugs as we do now – for their presence, rather than their effect. But we would be able to focus our resources more narrowly and I believe more effectively. Foreign drugs or “natural” doping methods taken to extremes are apparently easier to detect than variations within the normal range of, for example, growth hormone, testosterone and hematocrit.

It would be safer for athletes, since doping could be openly monitored by accredited doctors instead of self-administered, and the safe parameters would be measured.

It should be more enforceable because we have good measures for hematocrit levels, testosterone levels and other key parameters.

It would also be fairer. This is counter-intuitive to many. A common objection is that if doping is allowed, the teams with the most money will have the greatest advantage. But that disadvantage already exists. A hypoxic air tent, used to legally increase hematocrit levels, costs thousands of dollars. Other athletes train at altitude: another expensive method of increasing hematocrit levels. Increasing hematocrit to the same level via EPO is likely to be cheaper and more accessible to many athletes than these methods - and it would have the same effect if kept to the same physiological limit.

Others argue that this system would be unfair to the naturally gifted athlete: the athlete who, for example is an outlier in his hematocrit, such as Finnish cross country skier Eero Mäntyranta, who competed in four Winter Olympics (1960–1972) winning seven medals at three of them. He had a genetic mutation causing him to have over 50% more red blood cells than his competitors. Sport for many is a test as much of an athlete’s natural talent as it is of their training and dedication.

Yet there is no fairness in the distribution of genetic advantage - why should these inequalities be preserved? Even if you do want to preserve this, interactions with the environment already render it difficult to sustain. Why is one method of manipulating one’s natural profile fairer than another?

Sport is perhaps inevitably built around a set of fairly arbitrary rules. But when those rules are harming people and facilitating injustice, they should be changed.

Julian Savulescu is Uehiro Professor of Practical Ethics at the University of Oxford and Louis Matheson Distinguished Visiting Professor at Monash University. This article was originally published on The Conversation. Read the original article. Top image: Shutterstock