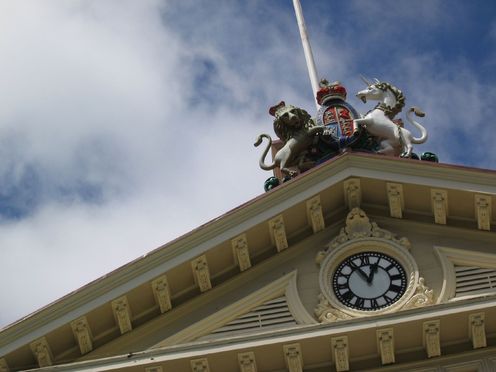 If bloggers are journalists, should they all benefit from the same legal protections? Credit: Jonathan Ah Kit/Flickr

A New Zealand High Court judgment handed down on Friday will have far-reaching implications for journalists and bloggers, as courts around the world consider the rapidly changing definitions of journalism.

At the center of the judgment was the question: how do New Zealand laws define who is a journalist and what is the news media? In this case, the judge found that under Section 68 of the Evidence Act, a blogger can be classed as a journalist, and a website or blog as a news medium.

In the case of Slater v Blomfield, Justice Raynor Asher found that a blogger can be legally defined as a journalist. Likewise, a blog can be journalism, even if the work is carried out for a non-mainstream media outlet.

The definition is particularly important because it affects who the court can grant certain protections. In Cameron Slater’s case, the issue related to whether he could call himself a journalist and his website news media, and thereby claim “shield law” protection in a defamation case.

Shield laws give the courts discretion to excuse journalists from identifying a confidential source or informant. The privilege shields journalists from contempt sanctions should they refuse. Irrespective of the definition of journalist, though, judges in most jurisdictions ultimately have the power to force journalists to disclose names if in the interests of justice.

Slater’s case centered on an earlier defamation action in the Manukau District Court in which he was sued for defamation by businessman Matthew Blomfield, a company director of Hells Pizza stores.

Blomfield claimed that Slater had defamed him on this controversial Whale Oil blog with allegations that included theft, fraud, bribery, drug dealing and pornography. At that time, the judge ruled Slater was not a journalist, nor was his blog news media. As such, he could not claim the privilege of not revealing his sources.

The rules … do not say you have to be this massive corporate. My website has broken numerous stories … I deal with informants and sources and people who want to provide confidential information on a daily basis as reported in the New Zealand Herald.

The definition does not impose quality requirements and does not require the dissemination of news to be in a particular format.

He further argued that:

Slater’s reports contain genuine new information of interest over a wide range of topics … While criticisms can be made of Mr Slater’s style and modus operandi, Whale Oil is not of such low quality that it is not reporting news.

The law in Australia, the US and Canada

In making his decision, Justice Asher looked to recent law reform and legislation in New Zealand and elsewhere. In Australia, changes to Commonwealth and state evidence acts have resulted in definitional differences on matters of employment and professional status.

Justice Asher noted that the Australian Commonwealth Evidence Act 1995 Section 126G defines a journalist as “engaged and active in the publication of news and who may be given information by an informant in the expectation that the information may be published in a news medium”.

Narrower definitions in New South Wales and Western Australia define journalists as someone “engaged in the profession or occupation of journalism”.

In the United States, shield laws exist in 40 states, with variations in how they define “journalist” and “journalism”. In a case this year in Oregon, the 9th Circuit Court of Appeals found that a blog post deserved the same treatment in a defamation case as “institutional media”.

In the case of Obsidian Finance Group v Crystal Cox, the court held unanimously that there was no difference between a journalist who works for a media outlet and a blogger. Justice Andrew Hurwitz said:

The protections of the First Amendment do not turn on whether the defendant was a trained journalist, formally affiliated with traditional news entities, engaged in conflict-of-interest disclosure, went beyond just assembling others’ writings, or tried to get both sides of a story. As the Supreme Court has accurately warned, a First Amendment distinction between the institutional press and other speakers is unworkable.

Elsewhere, the Chief Justice of Canada, Beverley McLachlin, has expressed her ideas on the blogger-journalist issue, commenting:

Anyone with a keyboard and access to a blog can now be a reporter. And who is to say they are not?

Sting in the tail

But while the principal issue in this story relates to the definition of a journalist, a secondary issue that applied to Slater in the New Zealand judgment is relevant to all journalists.

Though Slater won the right to be called a journalist, the sting in the tail lay in the fact that the court used its discretion not to afford Slater privilege – just as it could do to any journalist.

Effectively, the judge said there was “a public interest in the disclosure of the identity of those sources to enable the defences to be properly evaluated at trial”. Famously, the trial judge can override shield laws in many jurisdictions, which was exactly the outcome in this High Court case.

Courts around the world will have been watching this case with great interest as they grapple with the changing definitions of journalist, citizen journalist, blogger and media practice.

Many, like the Australian Commonwealth, have yet to test their new definitions. Last year, the Law Commission of New Zealand, in a comprehensive report The News Media Meets ‘New Media’, pointed out how:

before the advent of the Internet there was little practical necessity to consider the question: ‘who are the news media?’.

Jane Johnston, Associate Professor Journalism and Public Relations at Bond University, does not work for, consult to, own shares in or receive funding from any company or organization that would benefit from this article, and has no relevant affiliations.