Bamboo Could Turn The World's Construction Trade On Its Head
By The Conversation | September 2nd 2014 11:01 AM | Print | E-mail 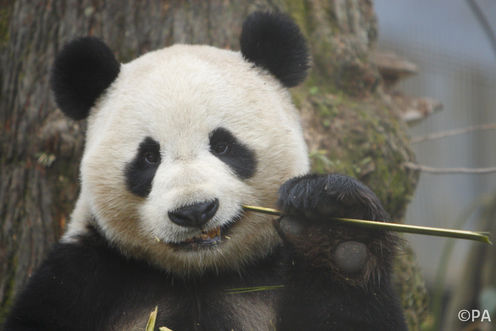 Bamboo can also be a tasty snack. Credit: Chris Ison/PA

Bamboo, a common grass which can be harder to pull apart than steel, has the potential to revolutionize building construction throughout the world. But that’s not all. As a raw material found predominantly in the developing world, without a pre-existing industrial infrastructure built to skew things towards the rich world, bamboo has the potential to completely shift international economic relations.

The past century has seen an unprecedented transfer of products and predefined solutions – instead of capacity-building programs – from the rich countries to poor, under the rubric of “development aid”. The economic incentives for the former are obvious: when developed nations introduce, for example, their reinforced concrete technology to developing nations, those countries must also acquire the proper machinery, the technical expertise to maintain them, and the building materials suitable for those machines, and they must buy all of those things from the developed countries.

This divides our planet between those who produce goods and services, and those who are meant just to consume. Unless new materials, developed from the resources available in developing territories, enter the market, the system will remain the same. Bamboo could be the material which turns this relationship on its head.

For an example of the exploitative trade system currently in place, look no further than steel. Steel-reinforced concrete is the most common building material in the world, and developing countries use close to 90% of the world’s cement and 80% of its steel. However, very few of these nations have the ability or resources to produce their own steel or cement, forcing them into an exploitative import relationship with the developed world. Out of 54 African nations, for instance, only two are serious steel producers. The other 52 countries all compete in the global marketplace for this ever-more-expensive, seemingly irreplaceable material.

But steel is not irreplaceable. Bamboo provides a material alternative, and it grows in the tropics, an area that coincides closely with the developing world. One of nature’s most versatile products, bamboo belongs to the botanical family of grasses and is extremely hard to tear apart.

Its strength comes from the way the grass evolved, adapting to natural forces. In contrast to wood, the bamboo culm or haulm – botanical terms for the stem of a grass – is thin and hollow. This allows it to move with the wind, unlike a tree, which tries to simply withstand any natural forces it is exposed to. This adaptation for flexible movement required nature to come up with a very light but tension-resistant fibre in the bamboo culm which is able to bend in extreme ways without breaking. Bamboo is harder to pull apart than timber or even reinforced steel.

Bamboo is also a highly renewable and eco-friendly material. It grows much faster than wood, and is easy to obtain in great quantity. It is also known for its unrivaled capacity to capture carbon and could therefore play an important role in reducing carbon emissions worldwide – another advantage for developing nations in light of the trade in carbon emission certificates.

Simply from an economic perspective, most developing nations should be interested in the material. It could strengthen local economies and lower dependency on international markets.

The great social, economic, and material benefits of bamboo and its widespread availability are not reflected in the demand for the material, however. Despite its strengths, bamboo has a number of weaknesses as a construction material. Water absorption, swelling and shrinking behaviour, limited durability, and vulnerability to fungal attacks have limited most applications of bamboo so far.

Today, bamboo usage is generally limited to being a structural component in regions where it reflects local architectural traditions; early attempts to use it as an untreated, non-composite reinforcement material in concrete were not successful.

But bamboo fibre could be extracted and combined with other materials to create a composite, harnessing its natural strengths as part of a viable building material, an alternative to steel and timber. Indeed, this is exactly what researchers at ETH Singapore’s Future Cities Laboratory are working on.

There are approximately 1,400 known species of bamboo, which comes in all sorts of shapes, sizes and strengths. Using new technologies, we’re studying which bamboo species are most suited for usage in construction and how we can overcome some of its limitations by combining bamboo with adhesive matter.

Bamboo composite material can be produced in any of the familiar shapes and forms in which steel and timber are produced. Like them, the material can be used to build wall structures for houses or any other buildings. More interestingly, it can be used for specific applications that best take advantage of the material’s tensile strength, such as reinforcement systems in concrete or beams for ceilings and roof structures.

Today, bamboo costs less than a quarter as much, by weight, as steel reinforcement. And because steel is 15 times denser than natural bamboo, the figures by volume are even more extreme. In South-East Asia alone, there is enough bamboo already in cultivation to meet equivalent demand for construction steel 25 times over.

Bamboo largely grows in developing countries which, with this new technology, could potentially develop substantial value chains. Farmers, collection centers, distributors and, finally, production facilities could form a strong economic power – so long as the bamboo is not simply exported as a raw material.

Developing countries must develop and sustain knowledge and industrial know-how in order to strengthen their economic capacities. The production of a high-strength building material could establish strong new rural-urban linkages and create an alternative source of revenue for farmers. Expanding cultivation would help farmers in other ways, too; due to its fast growth, bamboo can secure open soil and protect it against erosion. Being a grass, bamboo also keeps the water table high and therefore improves the productivity of adjacent fields planted with food crops.

Bamboo could play an important role not only as a traditional construction resource but also as the major component of an industrialized product, enabling the creation of a “smoke-free” industry in developing nations.

Dirk Hebel, Assistant Professor of Architecture and Construction at Swiss Federal Institute of Technology Zurich, has received the SMART Innovation Grant and a Sawiris Scholarship. REHAU has helped with the chemical parts of his research.