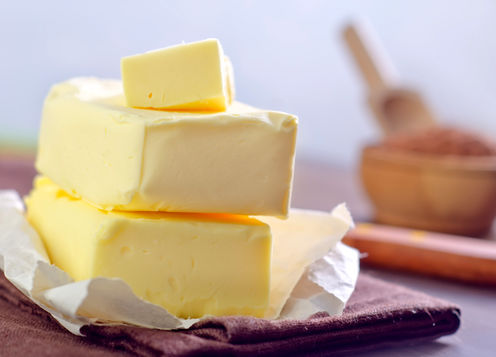 Imagine if you could ban a certain, easily replaceable food component and save thousands of lives as a result.

The problem is that industrial trans fats have already virtually disappeared from UK diets.

The term “trans fat” refers to fats that contain trans fatty acids (TFAs). These have a higher melting point than other kinds of fatty acids and so are useful for making biscuits, cakes, margarine and stable deep-frying oils. They are usually produced from vegetable oils via a process called partial hydrogenation, which involves reacting the fat with hydrogen in the presence of a catalyst such as nickel.

This process typically creates fats with around 15% TFAs, although this figure can be as high as 55%. However a small amount of naturally occurring TFAs can be found in butter and the meat of grass-fed animals, created by bacteria in a fermenting process.

Partially hydrogenated vegetable oil was manufactured as a cheaper alternative to butter from around 1910. By the middle of the century it had grown in popularity throughout Europe and North America, in particular because of the widespread adoption of electric refrigerators. Margarine, unlike butter of course, can be spread straight from the fridge.

In the US in the 1960s, it proved a useful way to turn soybean oil – a byproduct of the growing soybean industry – into an alternative for lard, which was unacceptable to some religious groups. And in northern Europe, partial hydrogenation was conducted on fish oil and later rapeseed oil after fish stocks reached a serious decline in the 1980s.

But then scientists began to raise health concerns about trans fats. In the 1970s, swine given partially hydrogenated soybean oil were found to develop atherosclerosis, a condition where fatty deposits form in the arteries. However, the food industry countered this with research suggesting eating more polyunsaturated fats could prevent the disease.

Human feeding trials in the early 1990s then found TFAs had adverse cholesterol effects on the blood. Finally, several studies of groups of people over a long period of time found people who consumed large amounts of artificial TFAs were at 16% greater risk of dying from coronary heart disease than those who consumed small amounts. No association was found for naturally occurring TFAs.

Those who ate more TFAs were also more likely to be on lower incomes and so were more likely to be affected by unhealthy lifestyle issues such as smoking and obesity, so the evidence was not conclusive. However, it is but still sufficient to make dietary recommendations. Following these revelations, much of the world began to move away from trans fats. I was a member of a UN team that recommended the removal of industrial TFAs from food in 1994, after which major oil and fat processing firms worked to reduce the presence of these fats.

Today, European manufacturers instead blend liquid oils with solid fat products from sources such as palm kernel oil or coconut oil to produce equivalent products. However, trans fats are still prevalent in some Eastern European countries.

In the US, fully hydrogenated soybean oil, which is trans fat-free, is used to the same effect. Better labelling has also encourage a sharp fall in TFA consumption in the US, although authorities are now forcing manufacturers to phase out trans fats. The wider availability of cheap palm oil, which is TFA-free and needs less processing, has also helped. And new kinds of deep-frying oils such as high-oleic sunflower oil are used in place of partially hydrogenated ones.

In the years since, deaths from cardiovascular disease have fallen by 55% in the UK for a variety of reasons including better treatment. But some of the effect is unexplained and might be due to the removal of TFAs.

The changes made by industry mean that artificial trans fats are virtually absent from food consumed in the UK, something corroborated by studies measuring levels of TFAs in blood or adipose (fat) tissue. To my knowledge, no partially hydrogenated vegetable oils are currently manufactured in the UK. The main sources of TFAs left are the natural ones.

As such, banning trans fats as suggested by the new report would seemingly involve banning not just the industrial trans fats that are no longer present but also milk, butter, cheese and ruminant meats. A far simpler long-term solution would be to support European legislation to ban the process of partial hydrogenation, preventing EU imports containing trans fats from affecting the UK food supply. However, it’s wrong to blame TFAs for thousands of death in the UK, when the real culprits are smoking, obesity and physical inactivity.