It’s all very well choosing not to eat genetically modified (GM) food, or even banning it entirely, but what if you then rear your cows on GM soya? Can you really maintain a consistent moral objection?

This is the dilemma many European countries are faced with now the EU has proposed measures that will further de-harmonize rules on genetically modified organisms (GMOs). The latest proposal would allow member states to “opt-out” from the use of GM food and animal feed, thereby mirroring legislation passed earlier this year that allowed members to opt-out from GM cultivation.

The official aim is to allow member states to impose restrictions on GM food and feed “in respect of democratic choice and in the interest of consistency”. But countries expecting to pick and choose from different GMOs, whether crops, food or feed, will find their freedom heavily constrained.

Any GM restrictions must still comply with EU law. This firstly requires that any measures be necessary to protect a “relevant legitimate objective”. Worries over the environment or public health don’t count – in theory these are dealt with under the initial authorization process. This leaves objectives such as public morality, consumer protection or agricultural policy (preventing contamination between GM and non-GM crops, or having to change farms to use for GM crops). Even then, there must still be no arbitrary discrimination or disguised protectionism.

Consider the example of Ireland and Italy: two green, agricultural nations who may shortly be faced with serious headaches. Both have mixed feelings regarding GMOs and both have interests in prohibiting certain products, but crucially not all.

In particular, a substantial proportion of animal feed used in both Italy and Ireland is of GM origin. A 2010 report indicated that more than 90% of protein feed for livestock in Ireland contained EU-authorised GM varieties – mostly soya, maize, cotton and rapeseed.

As imported feed is vital to keep Ireland’s cows and sheep well fed, and since it’s tough to guarantee zero contamination by GM sources, the country supported an amendment to EU legislation allowing for temporary tolerances of unauthorised GM feed at a level of 0.1%. Even if they would avoid GM feed in neutral circumstances, the market has created a high level of dependency by national producers on GM feed.

This adds to a dilemma surrounding specific products produced nationally with GM counterparts produced outside the EU.

Rapeseed is an important crop in Ireland, for instance, just as it is in the UK. Although GM rapeseed is not currently authorised for cultivation in the EU, GM rapeseed food and animal feed grown elsewhere, mostly in Canada, is authorized. 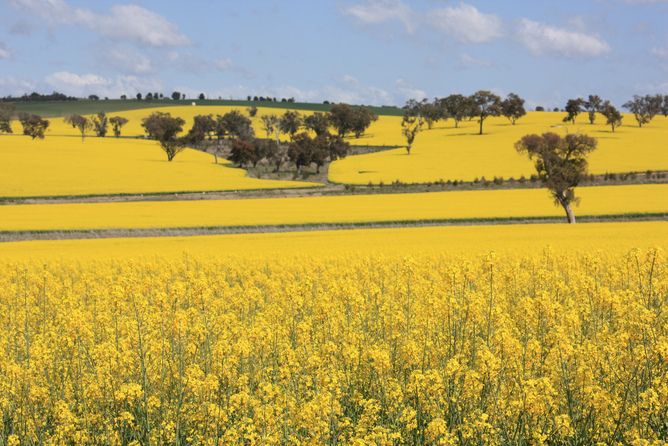 Italy is Europe’s main producer of soybeans. As with rapeseed, you can’t grow GM soya in the EU, but GM soya products are authorized if imported, with the main suppliers based in America, Brazil and Argentina. Therefore European producers (all non-GM) are in competition with those beyond the EU, both GM and non-GM.

Yet if either were to prohibit these GM foods and not others, irrespective of any legitimate objective claimed, it would indicate “arbitrary discrimination” – whether direct or indirect.

What of a general ban on GM food, based on consumer protection or public morality? Consumer protection won’t work. Shoppers could be sufficiently protected by labeling, which is already required (even if not considered full and accurate information).

Public morality might justify such restrictions, but if purely on GM food this would appear hypocritical. If public morality justifies a national ban on GM food, why is no such ban required for GM feed and GM crops also? Especially when the GM feed or crops lead eventually to food.

That just leaves environmental and health protection that could justify restricting one GM food and not another, or GM food generally and not feed or crops. However both are expressly excluded under the EU’s proposed legislation.

Consequently, Ireland and Italy may be able to impose unilateral restrictions on GM crops, food or feed for a range of legitimate objectives. They could indeed be truly “GM-free”. However, if you claim public morality justifies prohibiting GM crops or food, you cannot then backflip and still permit GM feed.

Restrictions on cultivation might be permitted without restrictions on other GM products, but this is due to it also promoting separate objectives such as protection of traditional farming or producer choice. For the measures to be acceptable, they must be consistent.

By Mary Dobbs, Lecturer in Law at Queen's University Belfast. This article was originally published on The Conversation. Read the original article.