Dietary Supplements Could Seriously Mess With Your Medication
By The Conversation | February 3rd 2016 05:30 AM | Print | E-mail 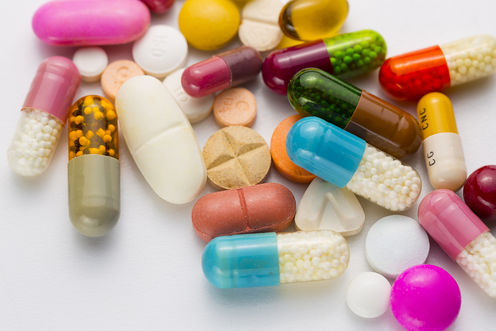 Doctors typically prescribe several drugs to patients with mental health conditions in order to treat the various symptoms. For example, a person with bipolar disorder may be prescribed one drug to treat mania and another to treat depression. But there’s limited evidence on how combinations of drugs interact, or how diet and nutrition influence their effects.

Our study on the effects of combinations of psychiatric drugs and a common dietary supplement had surprising results – results that show just how poorly understood and under-researched this area is.

We found that combining drug therapies has long-term benefits for treating depression in patients with bipolar disorder. However, taking a folic acid supplement might interfere with the drugs’ therapeutic effect.

Although treatment of mental health disorders with multiple drugs is the norm, there’s not much evidence about which combinations help to keep patients well in the long-term, and how these may be affected by diet and nutritional supplements.

Our study addressed these problems by investigating whether a combination of commonly-used drugs really is better than using a single drug. We also examined whether the action of these drugs is influenced by a vitamin supplement.

We showed that patients given a combination of drugs commonly used for treating bipolar disorder (quetiapine and lamotrigine) had fewer symptoms of depression and were less likely to relapse, compared with those given quetiapine alone. These findings make sense, since quetiapine is relatively quick-acting, while lamotrigine takes longer to reach its full effect.

Unexpectedly, our study also suggested that taking folic acid, a vitamin routinely given to pregnant women and fortified in certain foods, may block the benefits of the combined treatment, at least early on. This finding was unexpected. Folic acid was included in the trial because it improves symptoms in patients with major depression, and because patients are often more willing to take a vitamin supplement than a prescribed drug.

If the finding is replicated, it suggests that doctors may need to find alternative treatments for depression in women with bipolar disorder considering having a child. More broadly, it also emphasises the need to consider the role that diet can play in influencing how patients respond to drugs. Grapefruit: could increase side effects. www.shutterstock.com

It is notable that the effect of folic acid in our study was the opposite of what was predicted – it made patients’ symptoms worse. This surprising result raises the possibility that there are many other foods and supplements that may influence the effects of prescribed drugs.

Effects of this type are rarely, if ever, captured by drug trials. But they could prevent prescribed drugs from working as intended, or result in additional side effects. To add a further level of complexity, it seems likely that genes could also affect these relationships. For example, there are a number of genetic variants that influence the actions of folic acid. These genetic variants could, feasibly, influence the action of some drugs. We will examine some of these possibilities in our data set, as an additional study.

We tend to think of vitamins and dietary supplements as natural, so we assume that their effects are beneficial. However, as with prescribed drugs, the nutrients and supplements we take are ultimately just chemicals and can have profound effects on our bodies, both positive and negative.

Our findings show that our diet can influence the effect of prescribed drugs, and show how beneficial drug effects might be missed without knowledge of the diet and supplements used by patients in clinical trials. Capturing this information in future trials will be difficult, but our findings emphasize how important this information may be and how little we understand the interplay between drugs and diet.

By Elizabeth Tunbridge, Associate professor and Royal Society Research Fellow, Department of Psychiatry, University of Oxford. This article was originally published on The Conversation. Read the original article.