Having trouble sleeping? Nervous about an important interview? Smelling your partner’s worn clothing may help improve your sleep and calm your nerves.

While it may sound strange to smell your partner’s clothing, these behaviors are surprisingly common. In one study, researchers asked participants if they had ever slept with or smelled their partners’ worn clothing during periods of separation. Over 80 per cent of women and 50 per cent of men reported they had intentionally smelled an absent partner’s clothing. Most of them said they did so because it made them feel relaxed or secure.

Along with our colleagues at the University of British Columbia, we decided to take a closer look at whether exposure to the scent of our romantic partner might have benefits for our psychological and physical health.

Specifically, we conducted two experiments. The first tested whether a partner’s scent improved sleep. The results of that research have been accepted for publication in the journal Psychological Science. The second study, which tested whether these scents reduced stress, was published in the Journal of Personality and Social Psychology. 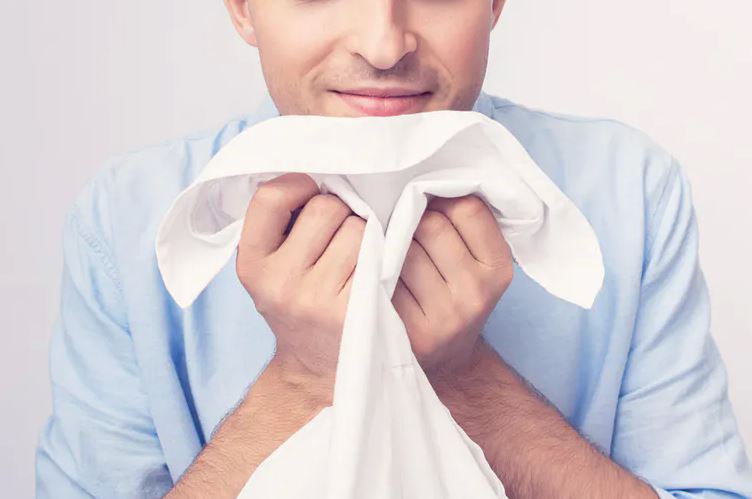 Researchers explored whether smelling an absent partner’s scent had any health benefits. (Shutterstock)

In both studies, we wanted to capture natural body scent. So we asked participants to wear a plain white T-shirt as an undershirt for 24 hours and to avoid activities known to affect natural body odor, like smoking, eating spicy food or wearing scented body products. We also provided them with unscented shampoo and soap to use before wearing the shirt. When participants returned their shirts to us, we immediately stored them in a freezer to preserve the scent.

In one study, we tested whether sleep quality would be improved by a partner’s scent. We gave each of our 155 participants two identical-looking shirts: one control shirt and one that had been worn by their partner. 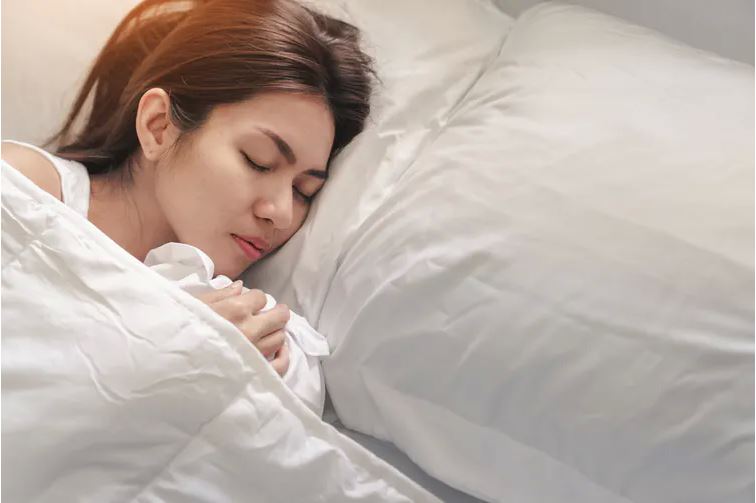 Study participants slept better when they were exposed to their absent partner’s scent. (Shutterstock)

People reported that their sleep was better on nights when they thought they were smelling their partner’s scent. However, data from the sleep watches revealed that people’s sleep efficiency was higher — in other words, they experienced less tossing and turning — on nights they were actually sleeping with their partner’s shirt. This increase in sleep efficiency occurred regardless of whether participants guessed that the shirt was their partner’s. This suggests that the effects of exposure to a partner’s scent can occur outside of our conscious awareness.

Participants in our study experienced an average of more than nine additional minutes of sleep per night when exposed to the scent of their partner, equating to more than one hour of additional sleep per week. This increase was achieved without participants spending any more time in bed. The average improvement in sleep efficiency from sleeping with a partner’s scent was similar in magnitude to improvements documented for melatonin supplements, which are often used as a sleep aid.

In another study, we examined whether stress would be reduced by a partner’s scent. We asked 96 women to come into our lab and smell a shirt, either a control shirt or one worn by their romantic partner. They smelled this shirt before, during and after a stressful mock job interview.

These findings suggest that the protective benefits of a partner’s scent may be strongest when people are aware they are smelling their partner.

In our upcoming research, we plan to investigate other questions about social scents, such as whether people who are happier in their relationships derive greater health benefits from the scent of their partner, and whether the health benefits might extend to other types of close relationships, like parent-child relationships.

By understanding how social scents affect health, future studies can examine the efficacy of simple methods to bolster well-being, such as taking a partner’s scarf or shirt along when traveling. The current studies reveal that, often outside of our awareness, another world of communication is happening right under our noses.