This "joint avatar" project builds on previous work (Hagiwara et al., iScience 2020) which found that the average movements of two individuals using a shared avatar were smoother and straighter than the movements of the individuals. So for users with disabilities in certain limbs, getting them partners to fully control the corresponding limbs of their virtual avatars may be an option. 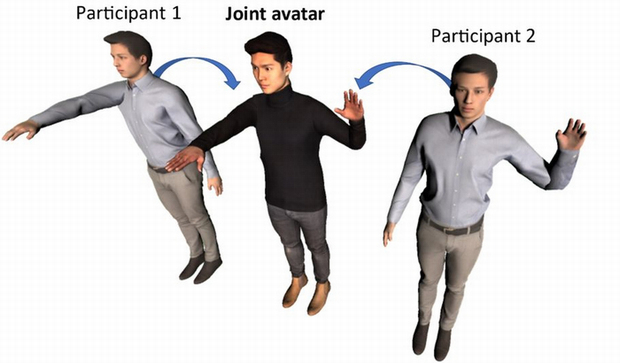 The sense of agency, ownership, and skin conductance of participants were significantly higher towards the virtual arm under their control compared to the virtual arm controlled by their partner. Furthermore, the senses of agency and ownership towards the arm controlled by the partner were significantly higher when the participant dyads shared a common intention to reach a single target with both hands or when they were allowed to see their partner’s target while reaching different targets with the two virtual hands, compared to when the partner’s target was invisible (while having two different targets).