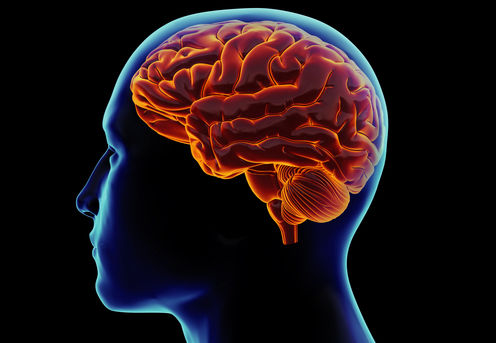 Much attention is being given to what people ate in the distant past as a guide to what we should eat today. Advocates of the claimed paleo diet recommend that we should avoid carbohydrates and load our plates with red meat and fat. Its critics, on the other hand, argue that these are the same ingredients that would set us up for heart attacks. Moreover, these animal-derived foods require more space to produce on our crowded planet filled with starving humans.

A factual foundation for the debate is provided by a review of the eating patterns of early humans and how we adapted to digest starches softened by cooking. The researchers contend that it was digestible starches that provided extra energy needed to fuel the energy needs of bigger brains, rather than extra protein from meat to grow these brains.

But the most striking thing about human diets is just how variable they have been and the adaptations that have taken place. Furthermore, the American evolutionary biologist Marlene Zuk in her book Paleofantasy contends that these dietary adaptations are not fixed on what our ancestors ate in caves at some time in the past.

So are our energy, or protein, needs much different from other mammals of similar size? Brains demand a lot of energy but so does the liver and the digestive tract. The extra nutrition that we need for brain work may be counterbalanced, at least partially, by a lesser need for:

Once built, a large brain does not require extra sources of protein to maintain its activities.

My studies on the dietary requirements of savanna-inhabiting herbivores highlight how these animals must cope with the dry season when most herbage is brown and indigestible even with the aid of microbial symbionts in the gut.

But carnivores do not have this problem because the dry season is when weakened herbivores are most readily killed, especially when they concentrate around scarce waterholes.

The role of carbs among early humans

Meat has long been part of human diets, along with carbohydrates provided by fruits, tubers and grains. We can get by without it, obtaining protein from milk or, with some planning, from legumes.

The early humans that consumed most meat were the Neanderthals, who lived in Europe many thousand years ago, but were not our ancestors. Meat formed the crucial lean-season food for the Neanderthal people during successive winters when plants were seasonally buried under deep snow, but later also for the modern humans who spread through Eurasia and displaced them around 40 000 years ago.

Unlike tropical Africa, meat could be stored during the freezing winters of the far north to provide a reliable food source, especially in the form of large carcasses of elephant-like proboscideans.

This led to a wave of large mammal extinctions as humans spread rapidly into Australia and entered the Americas towards the end of the last Ice Age. By that time hunting technology had been honed and meat routinely supplemented plant food, but the latter remained the dietary staple for African hunter-gatherers like the Bushmen or San people into modern times.

The food journey within evolution

Coping with the intensifying dry season in the expanding African savanna was a critical issue for human ancestors during the evolutionary transition from ape-men to the first humans between three and two million years ago. How did our ape-men ancestors gather sufficient to eat during this time of the year when nutritious fruits and leaves were scarce?

This was when meat, or at least the marrow left within bones, could have become a nutritional fallback, probably acquired by scavenging from animal carcasses not completely consumed by big fierce carnivores, along with underground storage organs of plants.

Obtaining this meat required more walking and hence longer limbs, hands freed to carry, security in numbers and stone weapons to throw at threatening carnivore fangs, but not much expansion in cranial capacity. These were features of the early Australopithicines.

At this early time, another branch of ape-men, placed in the genus Paranthropus, took a different adaptive route. They developed huge jaws to chew on tough plant foods extracted from underground storage organs to get them through the dry season.

The last representative of this genus faded out nearly a million years ago when this strategy eventually became unviable. About that time the lineage leading to early humans discovered cooking, or at least how to use it effectively to make starches stored by plants more readily digestible, according to the article in The Quarterly Review of Biology.

Adding this reliably found source of energy to the proteins acquired more opportunistically by hunting animals or gathering shellfish provided the means to survive through seasonal bottlenecks in food availability and build even bigger brains and the adaptations that followed.

A supporting adaptation was to store more body fat to get through the lean periods, especially among women supporting dependent offspring. This works against us now that foods supplying carbohydrates are plentiful.

The problems we currently face are that we retain a craving for sugar, which was scarce the past, while most of the starchy carbohydrates we eat are highly refined. This means losing out on the other nutrients in plant parts like minerals and vitamins, and most basically fibre.

A meat-based diet could have a role to play for people who have a propensity to store fat by filling the gut for longer and alleviating desires to snack on sweets between meals. More important generally is the need to exercise so that we are hungry enough to consume sufficient food to provide the scarce micronutrients that we also require for healthy bodies.

The best advice is to eat lots of things: meat if you can afford it and justify its planetary costs to produce, but also all kinds of good food, as least refined and processed as you can obtain (apart from wines).

Norman Owen-Smith is Emeritus Research Professor of African Ecology at University of the Witwatersrand. This article was originally published on The Conversation. Read the original article. Top image: Shutterstock