Emergence: The Remarkable Simplicity Of Complexity
By The Conversation | October 1st 2014 07:01 AM | Print | E-mail 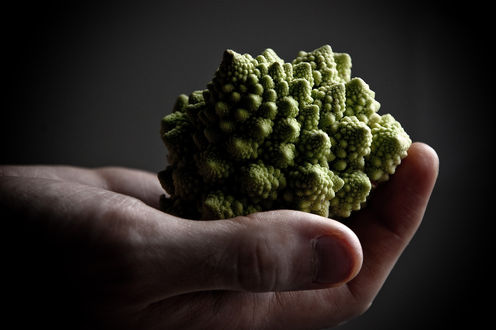 Patterns of emergence are all around us. Credit: Feliciano Guimarães/Flickr, CC BY

From the fractal patterns of snowflakes to cellular lifeforms, our universe is full of complex phenomena – but how does this complexity arise?

“Emergence” describes the ability of individual components of a large system to work together to give rise to dramatic and diverse behavior.

Recent work by Enkeleida Lushi and colleagues from Brown University showed how bacteria in a drop of water spontaneously form a bi-directional vortex, with the bacteria near the center of the droplet circulating in the opposite direction to those near the edge. Since the bacteria do not consciously decide to create the bi-directional vortex, such behavior is said to be “emergent”.

Unlike music from an orchestra led by the conductor, emergent behavior arises spontaneously due to (often simple) interactions of the constituent parts with each other and the surrounding environment. Here, there is no “leader” deciding on the behavior of the system. Complex emergent phenomena are often not predicted by an understanding of the behavior of the constituent parts underlying them. In other words, emergent systems are considered to be greater than the sum of their parts. As Nobel laureate Philip Anderson said: “More is different!"

Emergent behavior is sometimes understood through the development of simplified models, such as cellular automata. Such models include the interactions between the elements of the system and their effect on the environment.

For the case of the bacteria in the water droplet the emergence of the highly ordered, bi-directional vortex arises from simple interactions between the bacteria and the effect of their propulsion on the properties of the fluid.

Emergence all around us

Many biological systems commonly exhibit emergent behavior. The complex behavior of flocks of birds, colonies of ants, swarms of bees and schools of fish emerges from the interactions of the constituent parts of the respective systems. Consider an ant colony. In the absence of centralized decision making, ant colonies exhibit complex, problem solving behavior. This behavior emerges from the reaction of individual ants to simple chemical stimuli – from larvae, other ants, intruders, food and waste.

In turn, each ant produces chemical signals, providing a stimulus that other ants respond to. From simple interactions leading to self-organization, ant colonies have demonstrated the ability to collectively solve geometric problems, such as optimizing their foraging route to and from food resources.

The idea of emergence, though, isn’t confined to biological systems. It pervades all areas of science and is a manifestation of other complex interacting systems in our daily lives, such as stock markets, the connectivity of the Internet, and traffic flow.

In fact one can argue that the richness of the world around us emerges from the complex behavior of many interacting components. As elegantly stated by the German scientist and engineer Jochen Fromm:

In physics, magnetism of everyday materials emerges from the spontaneous alignment of the magnetic moment of billions of electrons.

Similarly, phenomena such as superconductivity and superfluidity emerge from the cooperative flow of electrons and atoms, respectively, at temperatures close to absolute zero (-273C). On a much larger scale, the structure of the universe emerges from the gravitational attraction of stars. Sand ripples are an example of emergence. PhOtOnQuAnTiQuE/Flickr, CC BY-NC-ND

Bridging the levels of complexity

Despite the ubiquity of emergent behavior there remains no deep understanding of emergence. At each level of complexity, new laws, properties and phenomena arise and herein lies the problem.

While controlled experiments such as those of Enkeleida Lushi and colleagues may help to identify the essential ingredients of emergent behavior, new ways of thinking about emergence that go beyond conventional modeling of specific systems are required.

These would allow us to determine unifying principles of emergent behavior – bridging all levels of complexity.

As such, understanding and harnessing the fundamental organising principles of emergence remains one of the grand challenges of science.